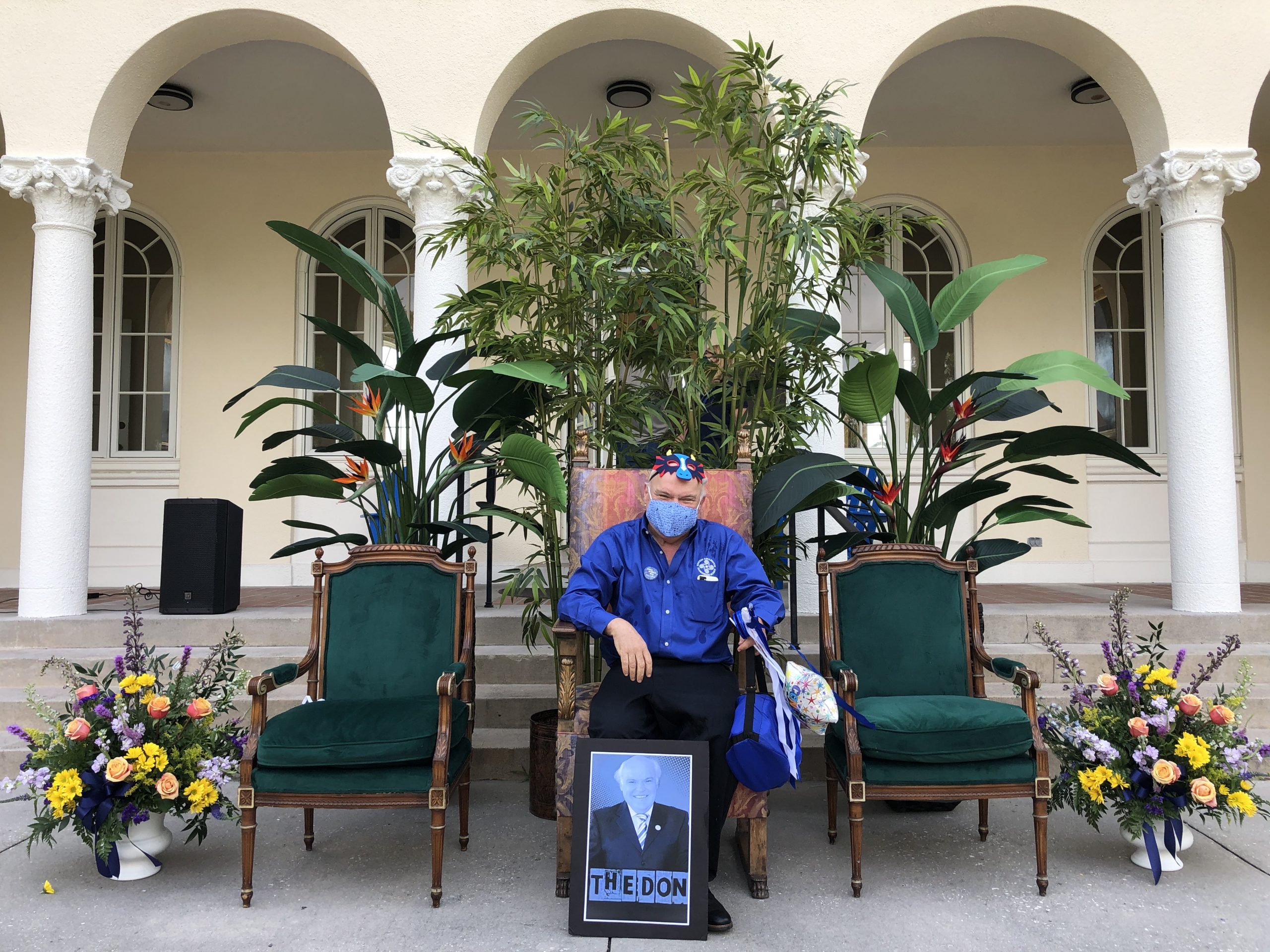 O'Shea poses on a makeshift throne in front of Cook Hall, bearing a framed print of himself that says, "The Don."

Staff, students and faculty jovially marched down College Drive from the campus bookstore to Cook Hall on the afternoon of Friday, April 23 to celebrate President Donal O’Shea’s retirement with a surprise parade, which was replete with prizes, extravagant costumes and even a pair of bagpipes. Students wore dinosaur t-shirts saying, “Thanks, Don. You are dino-mite!” as others pranced around in New College’s infamous inflatable dinosaur suits.

“I am just stunned,” O’Shea said, smiling beneath his mask, “I can’t believe I didn’t catch on! It’s so wacky, it’s so New College.”

“[The sonnet] is about thinking about the state that you are going to be in, and reminding yourself of the love of those you have,” Villada explained. “Someone’s retirement is a special time, especially when they put in a lifetime of labor.”

During O’Shea’s tenure as president, which began in 2012, New College received more than $9 million from the state to increase its enrollment to 1,200 students and boost four-year graduation rates to 80% by 2028. O’Shea was also able to secure state funding to expand the Heiser Natural Sciences Complex and to launch the master’s program in data science, as well as two $750,000 grants from the Andrew W. Mellon Foundation to support arts and humanities and community engagement and significant private gifts to fund student scholarships.

O’Shea’s time at New College has come to an end now that president-elect Dr. Patricia Okker, who previously served as Dean of the College of Arts and Science and Professor of English at the University of Missouri, was selected by the college’s Board of Trustees to take over O’Shea’s position on July 1, 2021.

“I was telling everybody how, after Pat Okker was named [as president-elect], the next day was fantastic,” O’Shea said. “I just felt like the place was going to be in good hands.”