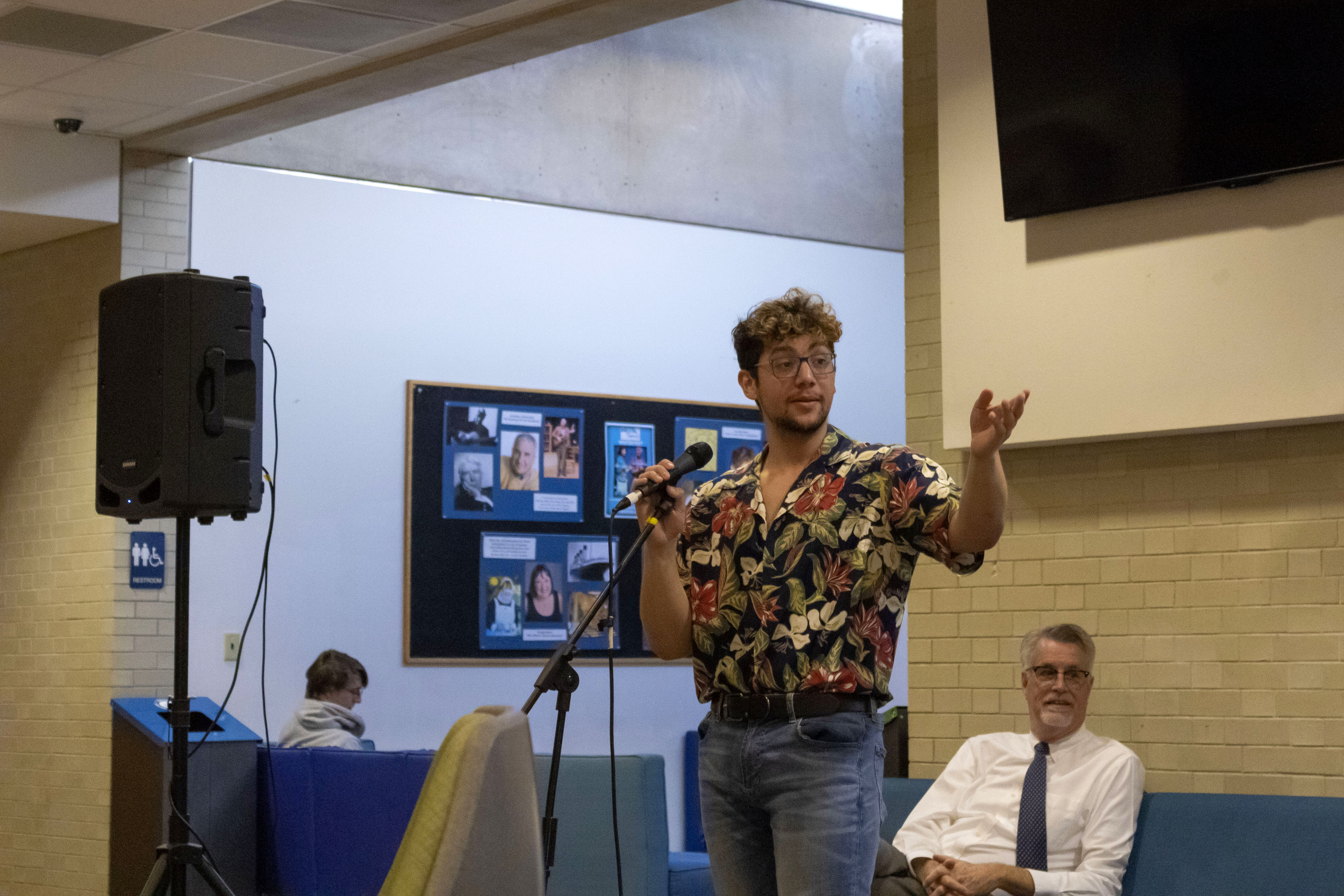 The Spring 2020 semester’s postponed election has finally begun, with the petition process starting on Aug. 31. Candidates will petition on the forum in order to get their name on the Sept. 11 ballot. There are currently 28 positions available. This year’s emergency election will end New College Student Alliance (NCSA) President Steven Keshishian’s two year term.

“If it needs to be said: I’m not running for reelection for a third term—there is no surprise announcement, there is none of that,” Keshishian said. “I just really want there to be a good clean election in which the students decide who’s going to lead us in this troubling time.”

Keshishian emphasized the importance of applying for open positions as the NCSA cannot properly function without working representatives. As of Sept. 10, there are twelve positions that have no one petitioning to fill them.

Presidential candidates will face each other in a debate this year that will be held virtually through either Google Hangouts or Zoom. The debate will be held on Thursday, Sept. 10 at 7 pm. Students can submit questions through the NCSA’s google form. Voting will begin on Sept. 11 through NovoConnect, which can be found on the MyNCF portal.

Keshishian has been NCSA president since Spring 2018, the second semester of his first year. Looking back on his presidency Keshishian expressed how getting a working NCSA budget two years in a row was, “not only my own, but my team’s greatest accomplishment,” he said. However, Keshishian said he wishes he could have done more to support his staff and co-workers.

“I have many disappointments,” Keshishian said. “I think personally, I failed. We can look at all our regrets and say, so many times we’re put in a tough decision and I don’t think I expressed to the student body how tough this was to navigate. I saw a lot of times my staff members were getting criticized unfairly for some things they had to do. And I felt that I wasn’t effective enough to quell those claims and make sure that they feel comfortable being in the NCSA but also being students, because they didn’t feel like regular students. They felt ostracized at times.”

New College has always encouraged student involvement. The NCSA is just another avenue for students to have a say in their education. Holding an NCSA position is by no means an easy job and this year’s cabinet will be facing very different challenges, however, with proper student involvement and support, the NCSA will be able to navigate this coming year smoothly.