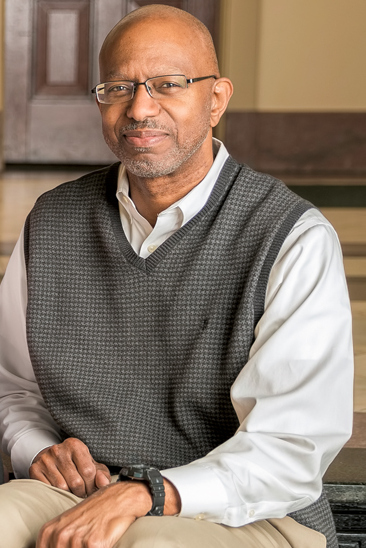 photo courtesy of Bill Woodson Woodson will bring his expertise down to Sarasota on Feb. 25.

In a year rife with new hires, New College continues to expand its administrative repertoire by creating the two-in-one position of Dean of Outreach, Engagement and Inclusion and Chief Diversity Officer. Students can anticipate the arrival of Dean Bill Woodson on Monday, Feb. 25. Woodson will take up an advisory role for the institution, providing guidance for multiple divisions concerning all aspects of diversity and inclusion, and will work to connect with the Sarasota community in which New College resides.

This new position has no direct relation to the growth plan, but initially stemmed from President Donal O’Shea’s concerns about the school’s diversity. O’Shea reflected on how the school could look into improving its approach to diversity and inclusion after the 2018 Commencement ceremony, where recent alumni—Miles Iton (‘14), Giulia Heyward (‘14) and Leen Alfatafta (‘14)—talked about a lack of institutional support for students of color.

“It’s been a long time goal for myself, for many others, for students to diversify: to have students, faculty and staff be more representative of the diversity we’ve got in Florida,” O’Shea said. “We’re not quite there in some ways.”

That’s where Woodson comes in. In an email sent to faculty, staff and students in late January, O’Shea outlined that “[Woodson] will spearhead community relations with the greater Sarasota community and serve as the college’s chief diversity officer.” O’Shea explained that the positions were intentionally open-ended, so that they could attract a wide range of applicants.

“We thought [that] we’ll try to get the best possible pool [of applicants], we’ll get the people and we’ll make up our minds later, and we got a great pool,” O’Shea said.

Woodson stood out from the other candidates due to his combined experience working with businesses and higher education institutions, his willingness to connect with students and his proactive attempts to survey the community.

“When he came down, he had already checked out a number of things,” O’Shea said. “He had already been in contact with Booker [High School and had asked], ‘Why aren’t they sending more students here?'”

Woodson considers connections between colleges and communities as an integral bond that supports all parties involved.

“New College attracts students from across the country and around the world, yet we draw our strength from the community of which we are a part,” Woodson said in an email interview. “Being a public institution as well as a non-profit only deepens our commitment to be a positive force in our community. Good colleges nurture talented faculty and develop informed, engaged students who appreciate the fact that the knowledge and research skills they obtain will have their greatest impact when they are connected to real world concerns and challenges.”

As an administrative figure, Woodson’s interactions will frequently involve communicating with faculty and staff, but he stressed that he will still stay involved in student matters. The engagement half of his responsibilities will involve including students in the connections that he makes with external groups or individuals. As the Chief Diversity Officer, Woodson will approach addressing diversity and inclusion concerning faculty and staff, as well as students.

“I will be reaching out to students in particular to understand what an inclusive learning environment means from the perspective of New College students,” Woodson said.

Information for this article was gathered from 4forwardmotion.com.