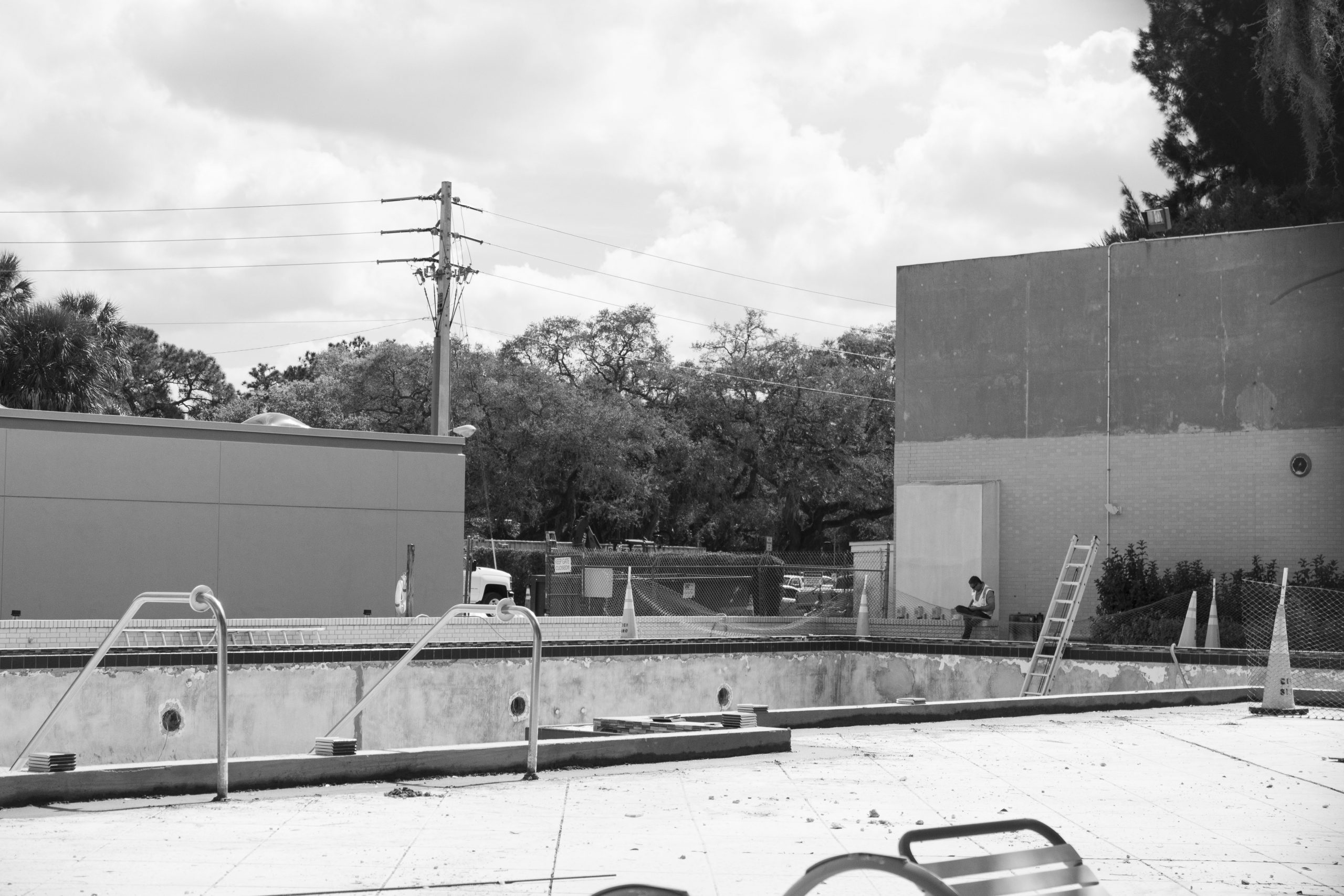 The cold beginning of spring semester has seen the pool remain closed while under renovation. The pool is currently being resurfaced since it has worn down over time. The renovations will also bring about the replacement of the outdoor furniture and surrounding deck. The total cost of the project is $200,000, which will be taken out of the Capital Improvement Trust Fund (CITF). Upon completion, the new pool will have a modern look that intends to refine the Fitness Center’s aesthetic in an effort to further improve campus beautification.

New College Student Alliance (NCSA) President Steven Keshishian approved the maintenance project after consultation with Facilities Planning Coordinator Itza Frisco, Director of Fitness and Recreation Colin Jordan and Director of Facilities and Construction Alan Burr. The decision was made after concluding that the pool floor had gotten to such a state it would be in violation of health regulations.

“In an ideal situation, we wouldn’t have had to spend the money resurfacing the pool,” Keshishian said. “We would have been able to use it somewhere else, but since the pool was not in optimal maintenance condition we had to use money to maintain it. This in the long run will save us other money on maintenance.”

The pool will get a brand new modern look as the surface is replaced along with the coping—the material used to separate the pool’s structure from the surrounding deck—as well as the surrounding deck and furniture. The decision to also upgrade the aesthetic came after taking a look at the money available in the CITF and deciding there was enough to spend.

“In addition to the surface which has to get done, this is something that will upgrade as far as the look,” Jordan said.  “Every so often you want to upgrade because you got new students coming in and they’re touring, you want to see things like, ‘Oh this is a nice place, I can see spending four-five years here.’ The look of it, while not critical to function, is important to bringing in new students.”

The renovation will also see the removal of the spikes from the surrounding fence due to an incident last spring that saw one student hospitalized while attempting to break into the pool after hours. Instead, a new alarm will alert campus police to deter any students from breaking into the pool.

Unfortunately, in the process of deconstructing the pool floor and surrounding deck, workers found issues with the pool’s coping. When it comes to coping, replacements can be placed over each other twice; new over the old. However, workers found that the pool’s coping had three layers, which broke regulation and therefore needed to be replaced.

Old architecture and building practices are often a recurring problem when it comes to construction on New College, as building codes and practices have been changed since its founding in 1960.

The CITF funds are generally used for improvements and upgrades on the residential side of campus, including the new pool table in Hamilton “Ham” Center.

“Those funds can only be used for student services, like the fitness center, any upgrades to facilities, repairs, or anything on this side of campus,” Frisco said. “Anything across the street, with the exception of Four Winds, is Education General Funding that can be used.”

All universities in the Florida State University System (SUS) receive CITF funding based on the size of their student body and admissions. Due to New College’s small size, the money received is often not a considerable amount, but surpluses carried over to the next year have allowed for funds to build up to cover the cost of the pool renovation.

“We’re in this interesting position as a school where we are flush with certain kinds of money and we don’t have nearly enough of other kinds of money,” Jordan said.

When it comes to future campus projects, students can be directly involved in the decision making process. If a student finds a particular need, the project idea can be presented at an NCSA cabinet meeting, where it will be discussed as part of the NCSA agenda. The NCSA President would then take the project and discuss it with President Donal O’Shea and Physical Plant to discuss necessities and costs based on the CITF funds for that year.

The pool is expected to reopen in the first week of March, when students can look to cool off from the stress of a long Spring semester.