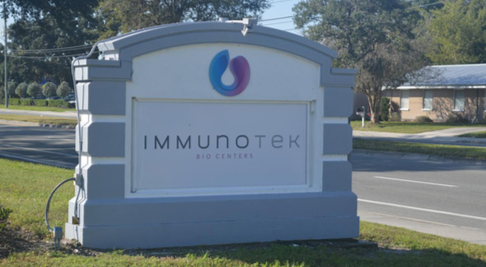 As poor, struggling college students, there are times when we’ve all thought of selling our bodies to science for a few extra bucks. But is donating plasma worth the risk? As plasma collection centers begin to increasingly move to college towns and middle class area and ImmunoTek opening a collection center in Sarasota, it is important for New College students to address the pros and cons of donating to an industry with questionable intentions.

Plasma is the clear, water based liquid in our bodies that helps with blood clots and fighting disease. Among products created from plasma, one of the most largely commercially produced products are immune globulin products, especially Intravenous Immunoglobulin (these IVIG’s can cost up  $100,000 to $350,000 a year according to The New York Times).

“We send it out to our customer they fractionate it and take out the proteins that are in the plasma and they use that to make medications.  It’s also used for plasma replacement. Let’s say a police officer or a soldier gets injured and loses it they also can use it as plasma replacement,” Carlos Aponte, the director of Sarasota, said.

New College students are likely to donate to help a good cause, which is what collection centers like ImmunoTek promote with many posters in their waiting rooms, and their website.

“[I would donate Plasma] Because I have the privilege of health I would want to take the opportunity to help others,” first-year Aiden Juge said.

However, while others would not put off the idea of donating for free, they would be more likely to donate for monetary reward.

“I would not consider it without monetary compensation because it may be dangerous to my health. I always have very low blood pressure, which has been problematic for things like this in the past.” New College Alumni Arianna Ruolo (‘10) said.

Historically, plasma donations were rewarded with cold hard cash. However, this trend was transformed into the current method of giving out prepaid debit cards for donations. Most would assume that the reason for this switch is to stop the disproportionately poor crowd of donors from using the money to buy illegal drugs.

However, the problems with this assumption lie in the fact that a person using drugs should be barred from donating in the first place, according to the rules of most plasma collection centers. Another problem with this assumption is the fact that people receiving these cards could use the card to withdraw the cash and are then free to spend the cash on whatever they want.

Regardless of reasoning for this system, it allows banks to join plasma collection centers in profiting off of the backs of often poor donors by nickle-and-diming them with fees that often times may not be avoidable.

The nearest accessible ATM to ImmunoTek in Sarasota is slightly less than a mile away, or a 15 minute walk, according to Google Maps. However, there are areas where finding ATM’s associated with Citibank could be hard.

This brings about another issue with plasma collection centers. They are often located in disproportionately poor areas. For example, around cities like Detroit – listed the poorest city in the United States according to the Census Bureau’s Five-Year American Community Survey – there are upwards of ten collection centers. CSL Plasma and Octapharma monopolize the area.

Whereas, in cities like San Francisco there are no paid collection centers, instead, there are blood donation centers which also accept donated plasma, but focus primarily on collecting blood and platelets – read more about “donation” of other bodily fluids in the next issue of the Catalyst – but will not pay donors for plasma.

Places like these are good for do-gooders who just want to give back and don’t want a payment in return like humanitarian college students.

“I wouldn’t accept payment [to donate plasma]. I already donate blood, so why not plasma?” First-year Alex Bottorff said.

While there is little evidence or research to support the fact that donating plasma often could be harmful to the human body the Red Cross, and most other countries suggest strongly against it. They suggest a model that only allows for donation every 28 days, or 13 times per year. As opposed to the model, collection centers allows for a couple donations a week. Since plasma donors are often poor, most will donate as often as they can for monetary reward.

Collection companies are attempting to wipe the slate clean and get rid of their reputation that has been tarnished by years of targeting poor populations with new tactics. They are now trying to build collection centers in middle-class neighborhoods and strongly pitching the fact that plasma collection saves lives.

ImmunoTek even offers a line in their rulebook, updated Feb. 9, 2015, that states that clothing should be appropriate and include non-revealing tops and bottoms. Biotest, another larger plasma collection company, has a similar policy stated on their website.

“Our customers have a responsibility to dress neatly, appropriately and to be well groomed while in a Biotest Plasma Center,” the FAQ section of website states.

Policies like these are seemingly an attempt to clean up their waiting rooms and make them look better to potential middle class donors. Despite their attempts, however, as long as plasma donation is presented as a viable option to poor people and struggling college students collection centers and banks to a degree, will be able to exploit these populations in the name of doing good.