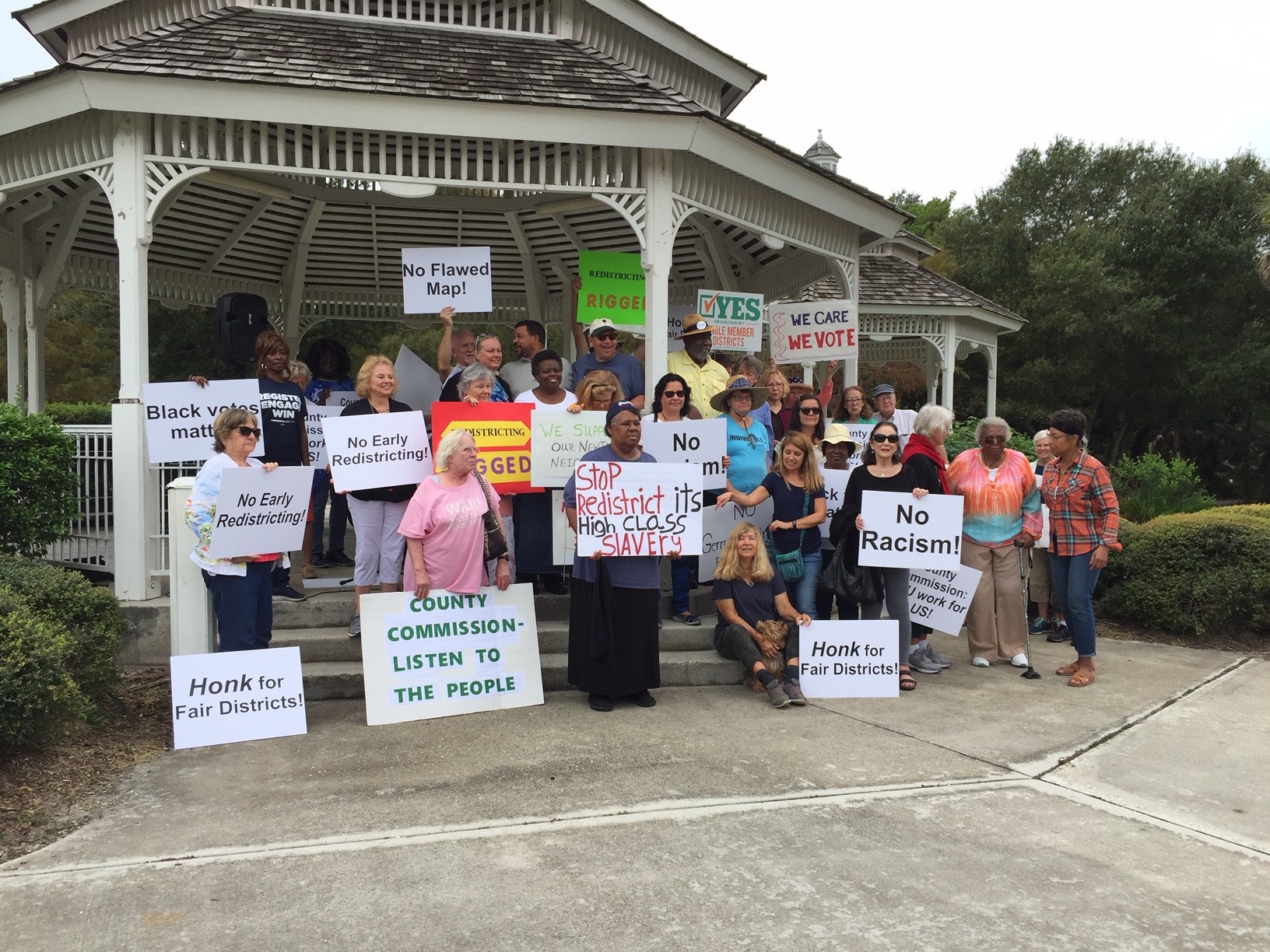 In the first public response to a class action lawsuit filed by three Newtown residents opposing Sarasota County’s controversial redistricting effort, county officials are moving to dismiss it. The plaintiff filed the December 2019 lawsuit in response to the County Commission’s plans to redraw the lines of Northern Sarasota’s electoral District 1, which is up for election in 2020. The redistricting plan shifts the entirety of the predominantly Democratic, historically Black Newtown area into District 2, which does not vote until 2022 and removes a Black candidate and a significant number of Black voters from the district.

Former Sarasota Mayor and candidate Fredd Atkins and the two other plaintiffs in the lawsuit, Mary Mack and Michael White—all of whom are Newtown residents—allege that they were deprived the right to vote “on account of race or color” and that the move to redistrict “has deprived thousands of African American voters living in the Newtown community of the right to vote in the 2020 election for members of the Board of County Commissioners.”

The lawsuit accuses Sarasota County and three county commissioners of violating the Voting Rights Act of 1965 and the equal protection clause of the Fourteenth Amendment to the U.S. Constitution by altering the district’s boundaries. However, attorneys for the county argue that “the facts are simply not there” to allow the lawsuit to proceed.

The final redistricting plan was approved by Commissioners Nancy Detert, Al Maio and Mike Moran on Nov.19, 2019, and will influence the 2020 election.

When asked about the legality of redistricting prior to a census, Professor of Political Science Frank Alcock called the decision to redistrict “very unusual” and emphasized that there was “no legal reason” to do so.

As a whole, Sarasota County leans heavily Republican, and under the former at-large voting system, Republicans have largely dominated commission races. Prior to the redistricting plan, incumbent Moran’s District 1 had more Democrats than Republicans, which raised the likelihood of a difficult run for re-election under the single-member district system.

Another issue for the plaintiff is that the redistricting map used by the county is based on one submitted by former Sarasota GOP Chairman Bob Waechter, not a county-hired consultant.

Under the new district map, incumbent Moran’s most likely Republican primary opponent, Frank DiCicco, was drawn out of District 1 and into District 4, while District 1 appears to become heavily Republican. Atkins, a declared Democratic candidate who challenged Moran for the District 1 seat in 2020, will now be unable to continue his campaign.

Professor Alcock described the plan as “a blatant exercise in gerrymandering designed for the obvious purpose of protecting one particular incumbent,” referring to the underlying logic as being “inconsistent, if not comical.”

However, according to a December 2019 Herald Tribune article, the county’s attorneys countered allegations of gerrymandering by arguing that the facts at the foundation of the lawsuit are erroneous and emphasized that the commission is “entitled to a presumption of good faith.” In a phone interview, former President of the Sarasota Chapter of the NAACP Walter Gilbert III, who is also member of the community revitalization initiative Newtown Alive, called the redistricting effort “plantation politics” and described it as “a slap in the Black community’s face.”

Gilbert further decried the plan as “another attempt to act above and to marginalize voters exercising their constitutional rights.”

This is not the first instance of public outcry against what appears to plaintiffs as stacked odds. In 1979, Gilbert and others participated in a federal lawsuit against the City of Sarasota. The lawsuit advocated for single-member district voting after countless losses illustrated that the then at-large voting system prevented Black candidates from being elected. That lawsuit, which also cited the 1965 Voting Rights Act, ultimately led to a court decision in favor of the plaintiffs and allowed candidate Atkins to become the first black city commissioner in 1985.

The county’s move to dismiss the lawsuit comes as a blow to voters and reopens questions concerning voting rights and partisanship in local government as the upcoming 2020 election nears.

Information for this article was gathered from heraldtribune.com, wusfnews.wusf.edu, and yourobserver.com.