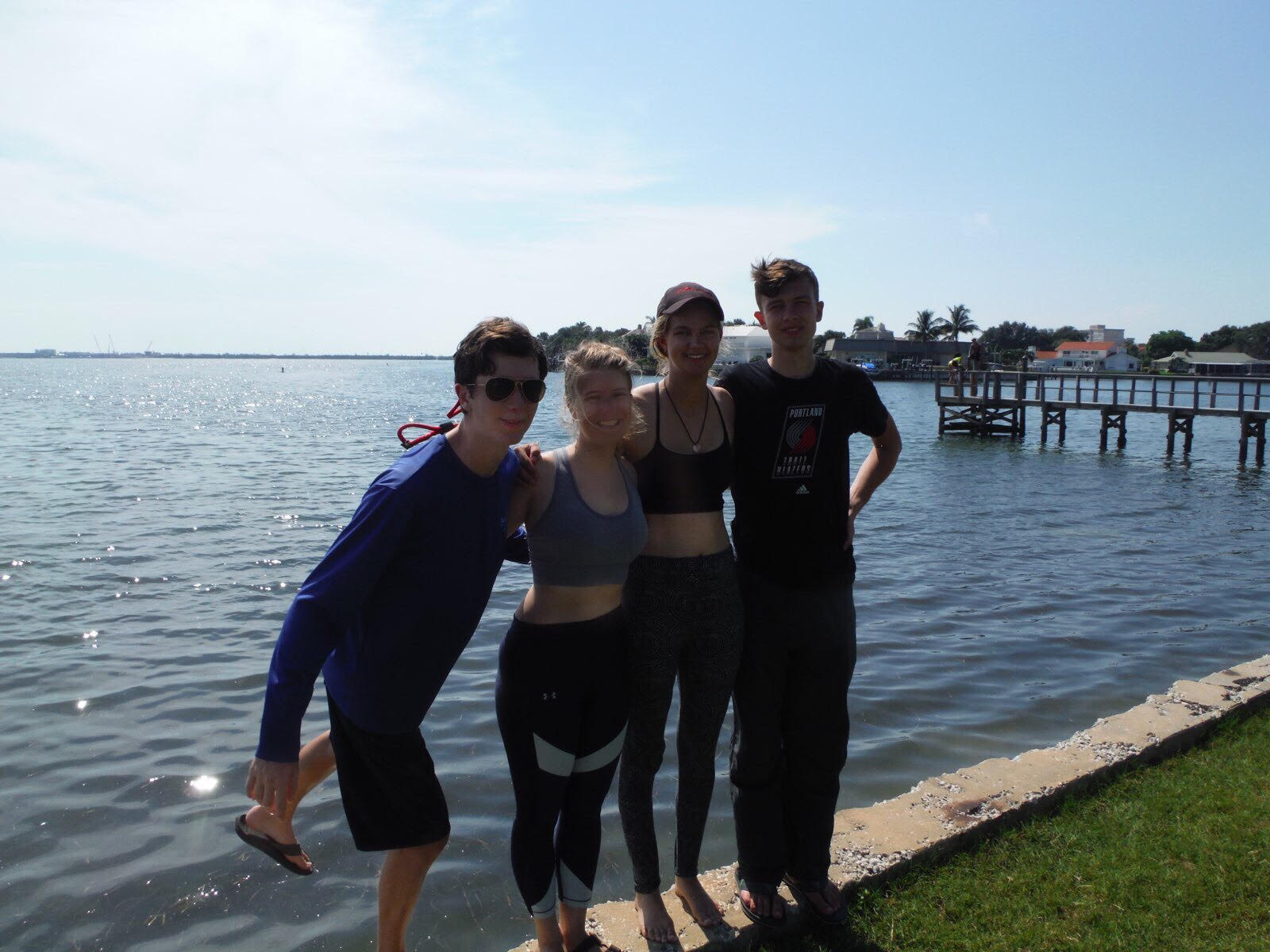 For generations, the waterfront has been a special ventricle of the New College heart. No where on campus does the ocean’s breeze slap trees with more gusto then the sparkling waters of the waterfront’s bay. Despite going through various managerial issues, the bay is and will continue to be a second home for the many students who love traversing the ocean using strength and wind.

Second-year Anna Feldbush, second-year Lydia “Bug” Dykema and thesis student Clinton Overton are the dedicated teaching assistants who lead the sailing lessons, clean and maintain the boats and plan the events on the waterfront. They have been bruised, cut, smacked and electrocuted by the boats they love; they view the pain, however, as a small cost for a strong passion.

“A company tried to tow the boat by the hull, which led to water buildup inside,” Dykema said about an incident that happened last year. “In the process of draining it, two people were mildly electrocuted in the process. Nothing too bad, just shocked!”

The waterfront is student-driven; the kayaks, surfboats, canoes, paddle boards and boats are all in their care.

Recently, the TAs closed the waterfront on several occasions because of numerous boats being worn down and nonfunctional.

The Boats of the Bayfront

Dykema took me on a tour of the waterfront’s vessels and each of their respective personalities. The first boat she introduced was a two-hulled catamaran known as Aria.

“Affectionately known as Blood and Guts,” Dykema said, referencing the looming osprey nests that led to frequent servings of fish guts dropped on the boat.

The Precision, the boat that zapped the TAs’ hands, lays between two palm trees. “Sadly, some of these boats are currently nonfunctional,” Dykema said.

Coming upon a great white boat, Dykema explained, “Her name is the Caramia, she is a Beetle Cat someone donated a while back.” The name means “My Beloved” in Italian, and it is one of the more stunning, comfortable looking vessels. The handmade boat is best on low-wind days, cruising on the ocean for leisure.

There are three Catalinas, often used to embark to Lido beach with groups of people.

Last year, the O’Day DaySailer “Bear Necessity” was donated. Described as an adventure boat, it’s one of the largest boats available and takes at least three to sail.

The “Déjà Vu” is a Hunter, a sturdy boat sitting tall upon its trailer.

Overton arrived on the waterfront back from a test cruise with “Two Day Shipping,” another catamaran with rainbow sails. He can be found training for a regatta, cleaning or setting up a boat and playing sea shanties at the waterfront any given day. The glimmering seas of the bay shined on the water, and the catamaran’s trampoline-like surface showed the ocean beneath it. Between the peaceful mix of silence inspired by the ocean, sailing mechanics explanations and conversations, Overton revealed there’s an island on the bay filled with dead boats, plant life, and spiders named “Fourth Court,” also known as “Fort Court.”

This is the first year that the sailing club and sailing team are separate entities. New College’s Sailing Team is the only official competitive sport at New College of Florida.

The purpose of the Sailing Club is for people to advance their individual skills. Anyone, regardless of previous experience, can join the sailing team at any time.

One especially fun event is pirate day, organized by Overton.

“After burying a melon on the dead boat island of Fort Court, we send people out on sailboats, kayaks and paddleboards with water guns,” Feldbush said.

First the pirates must find a treasure map that will lead them to the melon. Whoever reaches it first has a new goal: keep the melon. Competing pirates use water guns to knock the melon overboard to steal it, and once it is in the water, it is fair game.

The sailing club is eager for new members; anyone with an interest in being out on the water is welcome to join any of the TAs during waterfront hours for their first sailing, kayaking, or paddle boarding lessons. Feldbush explained that there is no need to feel intimidated: “I have no life. Sailing is it. So any questions at all, hit me with them.”