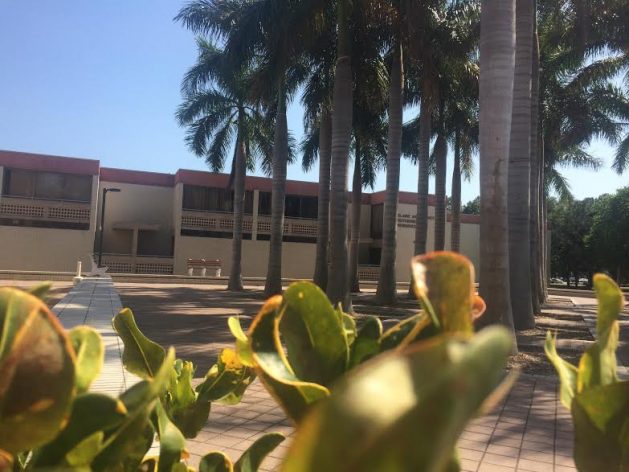 Walls have been a staple of the New College community for decades. They encapsulate the spirit of the student population, but Walls also serve as indicators of racial tension on campus. While it can be hard to imagine dissent on a campus known for its inclusivity, leftist politics and small tight-knit community, several community discussions and the recently thrown Day of Dialogue have suggested otherwise.

In 2006, Pimps and Hoes Wall, a theme that was later thrown out and replaced, generated a strong reaction from the student body and faculty.

Two years later, New College had one of its largest admitted, and least diverse, classes to date. In the Sept. 18, 2015 issue of the Catalyst, the demographics of the first-year class were broken down to 74 percent White, while less than one third of the class consisted of students who identified as minorities, including Hispanic or Latino, black or African American, Asian, Alaskan Native or American Indian and either two or more races, or unknown.

“The Walls that I take issue with the most are when you have white or non-black people of color throwing Walls that are specifically supposed to have a very thinly veiled black theme to them,” thesis student Raina Senae said. “I think sometimes when you have a school that has such a small people of color population, you kind of end up having this weird backwards effect where people try to be careful about not being racist but you end up putting a spotlight on the maybe, 20 black people that are here. And that’s an issue that has come up in my conversation with other students.”

Last year, following a decision by administration to rename the beloved Palm Court Party (PCP), a survey was posted to the student email list. As the deadline for the survey inched nearer and nearer, one particular name was in the lead: The Great Wall.

At an Emergency Towne Meeting held on Sept. 3, 2015, third-year CJ Lee spoke to the community following a forum thread Lee had started expressing concern over the name.

“The Great Wall is punny and clever because it’s related to the Great Wall of China,” Lee said at the Emergency Towne Meeting. “Our fun college party that happens three times a year that we’re known for, other schools ask us all the time ‘what’s PCP’ and the reason we’re changing it is because of this affiliation, so I wanna ask you guys to keep in mind, especially from other people from other schools, they don’t even know what Walls are. Something to keep in mind, I think it’s tasteless to have a three times a year college party named after the Great Wall of China.”

After the Emergency Towne Meeting, the option was ultimately struck from the list of potential new names.

“It’s kind of weird that we have instances like these pretty often juxtaposed with really excellent celebrations of inclusive sexuality or inclusive gender identities,” Senae said. “We have Kink Ball, or Pride Ball and there are several other Walls that had that theme to them. But then you have other Walls coming up that are very clearly racist. […] And that’s what I kind of take issue with, you have these shows of inclusivity in some respects.”

This past Independent Study Project (ISP), a Wall tentatively titled Da Wallk 2 Death Row Vol. 1 was announced on the forum. It was to take place on Saturday, April 16. The Wall was advertised as having “purple drank,” moments when attendees could yell “swag” or “Free Carl”– a reference to a recent student arrest that had occurred months before – and would feature Memphis Psycho, Miami and Houston Rap. Documentaries on the prison industrial complex, the death penalty, crime in West Memphis and the criminal justice system would be screened several hours before the Wall started.

“It’s hard for me to see this as anything but within the tradition of privileged people putting on the mask of the racial other for their amusement,” thesis student Nasib McIntosh posted on the forum in response. “And yeah, there is definitely an element of carnival to rap culture, but I think you’re interacting with it in a really two-dimensional way.”

The Wall announcement initiated a strong response from the student body, with many calling for it to be cancelled.

“As a white person, it’s hard for me to understand the consequences of cultural appropriation and how it hurts people,” second-year and Wall host Hunter Osking said about the response Da Walk 2 Death Row Vol.1 received. “We have a small community so we have a sort of homogenous culture that leans towards social justice ideas. I think at times, the conversation can get too vitriolic. But overall I’d say that the general discourse at New College is really positive. I got a lot of very constructive explanations of why what I was doing was wrong.”

The Wall’s theme was eventually changed.

Race-related party themes are a common fixture at other universities in the country. In 2012, photos taken at a party at the University of Florida and posted on Instagram depicted two men belonging to the Beta Theta Pi fraternity wearing blackface, gold chains and sagging pants. The UF party made headlines.

“We aren’t those other schools,” Senae said. “They don’t necessarily pride themselves on being progressive or incredibly inclusive outside what is the bare minimum. And I think that New College tries to pride itself on and advertise itself as being progressive and innovative and inclusive and just really on the cutting edge in terms of accepting different cultures and marginalized identities. I feel as if we shouldn’t be settling for the very low bar that Florida public schools have set for us.”

Information for this article obtained from the Huffington Post and ncfcatalyst.com.