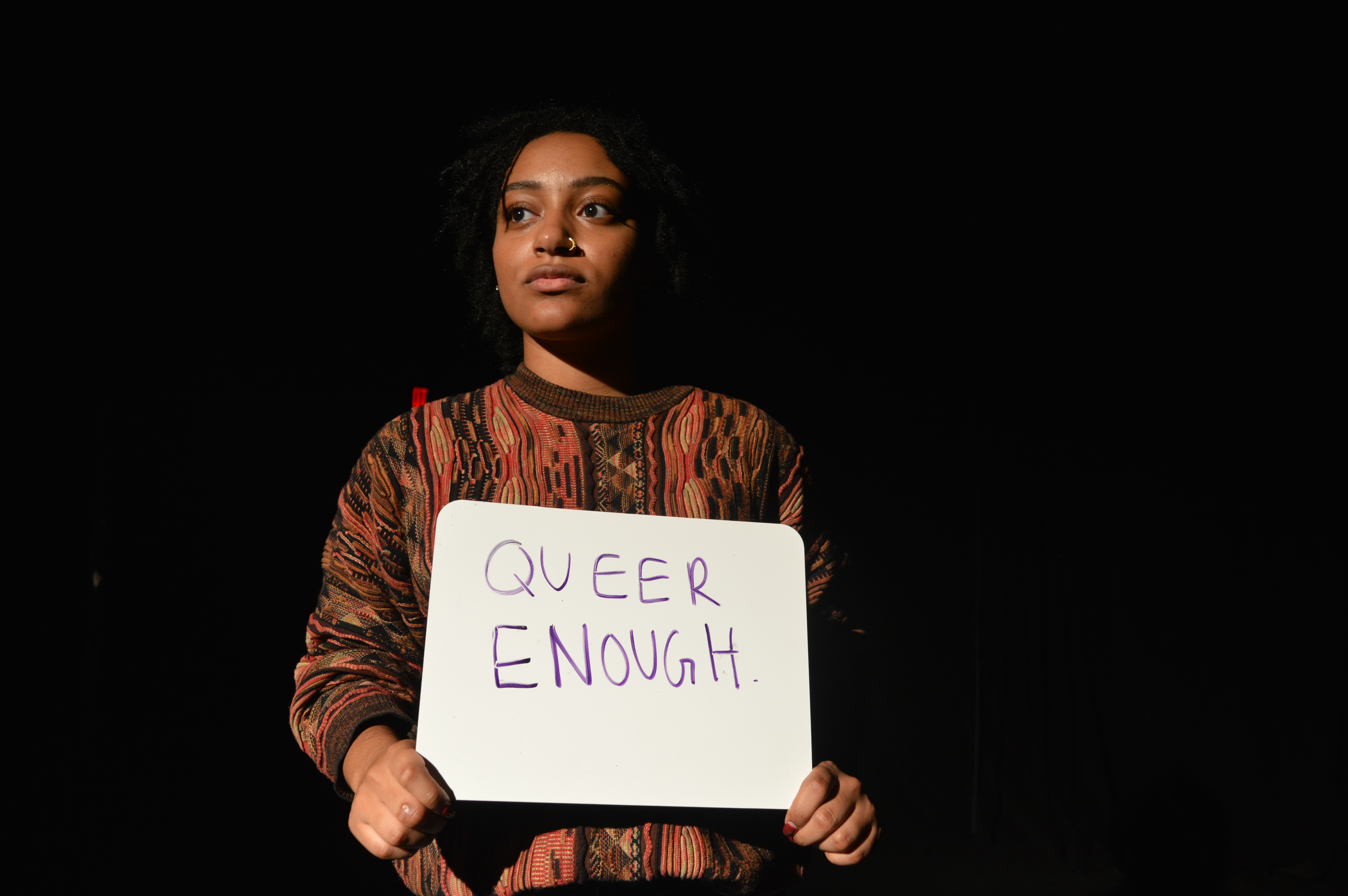 White boards and markers were piled onto a table, inviting students to take them. I was prepared for the question I received from every individual who approached me just asking what they were suppose to say. I thought it was interesting that even when faced with the idea of writing about merely existing, students of color wanted to know what exactly was expected of them to do.

When I was a first-year, one of the few students of color on our campus at the time, Wilmarie Rios-Jaime (‘12) compiled photos of other students of color that were showcased on a tumblr blog. In the semesters that followed, I saw students host events that centered around feminist or queer identity, but never any that focused on Black students. I had so many friends who I had met through the Black Student Union (BSU) or the Black History Month Planning Committee (BHMPC) who were poets, musicians or artists. It occurred to me during my third-year that we needed an event that was centered around us.

The As We Are New College Project was inspired by the #itooamharvard series created by Black students at Harvard University. This photo series is sponsored by the BSU and is open to all students, faculty and staff of color attending our predominantly white institution. This project aims to uplift our voices and draw attention to the both covert and overt forms of racism that we experience. This semester, the photo shoot that took place on Wednesday, Nov. 8 from 4-6 p.m. in the Black Box Theatre (BBT) was co-hosted by thesis student, Resident Advisor (RA) and Latinx Club President, Jennyfer Gonzalez.

The experiences of students of color at white universities have been covered from the Washington Post to the New York Times. Currently, thesis student Miles Iton is working on a short film for the Sarasota Film Festival (SFF) that looks at the unnerving trend of black campus leaders in student government positions that have dealt with harassment or threats of impeachment at colleges across the country. The photos students of color allow me to take can be serious and emotional, or they can be funny and meant to make the viewer laugh. The common theme that I found was that each student photographed revealed that racism affected their life in some way, whether it was side comments from white classmates or the fear of not using their turn signal when they drive.

The photos will be placed on the revamped As We Are New College Project website and shared on social media and the next photo shoot will take place in February in celebration of Black History Month. I’m not entirely sure what will happen to this project once I graduate. I can only hope that by showcasing how we feel, it will force you all to listen.

Photos and more information can be found on aswearenewcollegeproject.com.

A full list of events for Black History Month, including the next As We Are photo shoot, will become available in January.