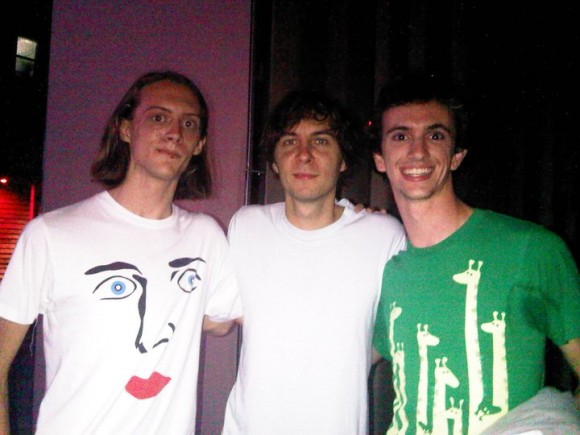 From Coldplay to Franz Ferdinand, from U2 to Paul McCartney — I’ve seen some pretty good concerts in my time and, until recently, I would have been very hard pressed to figure out which one of them would be considered “the best concert I’ve ever seen.” But after seeing a show at Orlando’s House of Blues on Oct. 26., the contest’s door has been firmly slammed shut— the Parisian indie rock band Phoenix has them all well and truly beat for the title.

When he wasn’t wandering through the massive crowd probably numbering close to 1,000 on the House of Blues’ dance floor to serenade individual fans or climbing onto elevated platforms typically reserved for bouncers to encourage revelers to clap their hands with rhythmic precision, frontman Thomas Mars led Phoenix through a blistering show that would have made even the most reserved of dancers want to break out their finest moves. Not a single person present was standing still that night and the level of crowd interaction was incredible — the amount of people singing along to each of the songs sometimes drowned out the actual performances themselves.

Founded in 1999, Phoenix is well known for its tight instrumentation, poppy riffs and lyrics that stick into your head during the first listen. Rather than simply taking the easy way out and playing songs just as they appear on their records though, the band was not afraid of improvising onstage, leading to some interesting results. During a performance of the track “If I Ever Feel Better” from their 2000 début album United, for example, Phoenix turned the song into a mash-up of their track and the Daft Punk song “Around the World” — coincidentally enough, guitarist Laurent Brancowitz was in a band with the members of Daft Punk before they switched from rock music to electronica. Other tracks, like “Rally” from the 2006 album It’s Never Been Like That, incorporated acoustic elements that gave their lyrics a new dimension. At any rate, Phoenix sounded incredibly good live — a welcome change from the myriad of artists who AutoTune and other post-production techniques during their concerts.

The concert was bookended by electrifying performances of their two most recent singles, starting with “Lisztomania” and closing with a nearly 13 minute long rendition of “1901.” Though the band was on tour to promote its latest album (2009’s Wolfgang Amadeus Phoenix), Phoenix often reached into its back catalog during the almost 100 minute-long show, playing some of their more well known songs like “Too Young” (as featured in the film Lost In Translation, written and directed by Mars’ partner Sofia Coppola) and “Funky Squaredance,” whose music video is on permanent display at New York’s Museum of Modern Art, to great appreciation from the crowd.

For me though, the icing on the cake came after the concert itself when I, along with University of South Florida junior Lauren Gruenbaum and University of Florida freshman Danny O’Sullivan got to meet Thomas Mars. We were walking back to our cars after getting drinks following the concert when we saw a crowd of people standing near a fence for seemingly no reason in particular. Lauren offhandedly said that they were probably waiting to see if they could meet the band…and then noticed that Mars was standing amongst the group, chatting up fans and taking photos with them. Naturally, we abandoned all pretenses of being dignified and scurried over to the singer, gawking awkwardly in realization that he was standing right next to us. Despite some cell phone camera trouble (“Can someone else take it and, uh, just send it to you or something?” Mars asked in accented English after a few minutes of fumbling around), Lauren snapped a photo of me and Danny standing triumphantly next to a singer who left us slack-jawed earlier that night.

I would give this performance a “strong sat,” but that just isn’t satisfactory enough. Therefore, the concert receives an incredibly enthusiastic “Satzomania” from the Catalyst.