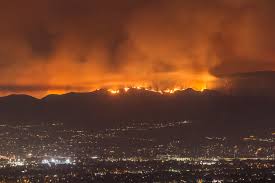 On Jan. 4 California’s largest utility company, Pacific Gas & Electric Corp., (PG&E) announced that CEO Geisha Williams would step down and their plans to file for bankruptcy protection in the wake of about $30 billion in liability costs due to its responsibility for the 2017 wildfires, according to National Public Radio (NPR). California regulators are also looking into the utility’s potential role in November’s Camp Fire—the deadliest in the state’s history—that left 86 dead, according to the Wall Street Journal (WSJ).  If PG&E is found liable for Camp Fire, this will be the second time in two years that the company will have been held liable for significant damage and human casualties.

Liability costs are still unknown, but the company has been charged with the responsibility for 18 wildfires during 2017. In that year alone, about 200,000 acres of land and 3,256 buildings were destroyed and 22 lives were lost, according to the WSJ.

The utility’s bankruptcy would be the second in 20 years—PG&E declared bankruptcy in 2001 during California’s energy crisis.

Since the announcement of bankruptcy last month, reports have come out that PG&E has been given 60 days to plan “to ensure the company continues to operate, wildfire victims get compensated and ratepayers and employees are protected,” according to Bloomberg on Feb. 12. There is large public worry that apart from the physical damage, the utility company’s insolvency will likely lead to layoffs and higher energy prices.

Information for this article was gathered from bloomberg.com, npr.org and wsj.com.