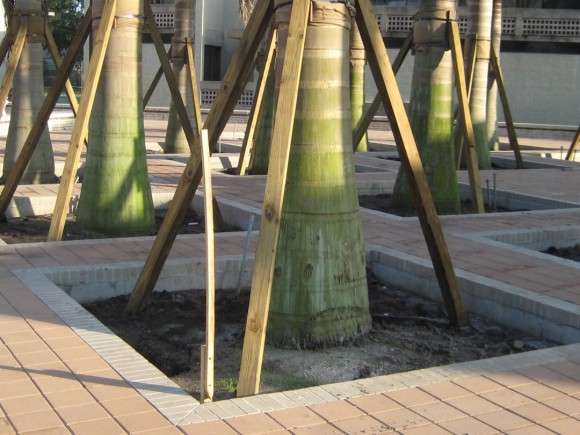 After a summer of uprooting trees and smashing tiles, the hallowed ground encircled by the I. M. Pei dorms remains fenced off from the New College community. Improvements to Palm Court, which Novocollegians affectionately dub the “center of the universe,” were sched- uled to wrap up during the final week of August. Much to students’ dismay, however, on Friday, Aug. 27 the gates stayed firmly locked.

Student Affairs reports that heavy rains delayed the construction of a cement access ramp and flooded the new palm tree planters, causing the project’s authorities to hold off on opening Palm Court to students. Thesis student Evan Sigmund and alum Rita Yelverton’s (‘06) spirits were among the most dampened by the inclement weather.

“I’m looking forward to when nobody believes me when it actually is open,” Sigmund joked. The pair is still waiting for the signal allowing them to throw a festival-style party, complete with a barbecue, face-painting, t-shirt stenciling and live music, to kick off the minute those gates finally do open. They’re calling it “The Big Bang.”

“[Rita and I] were just talking one day about how it’s going to be so awe- some the day Palm Court opens, and we figured by instinct everyone is going to be packed in Palm Court just hanging out there because it’ll the first time in a while that we can,” Sigmund said. “We thought it was probably going to turn in a sort of festival, and then after that we said, ‘Well, what if we want to catalyze stuff to help make sure it is like that?’” 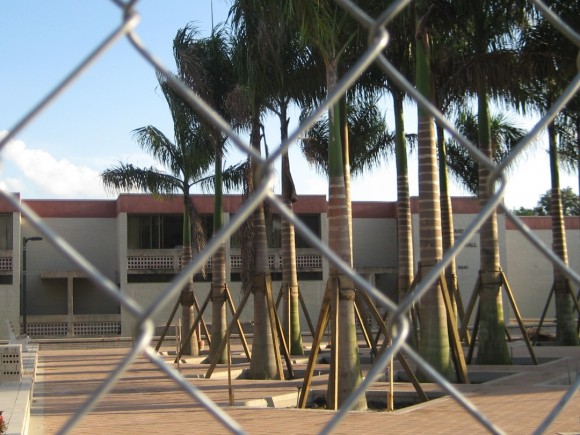 Sigmund had to eat crow on more than one occasion after prematurely inviting students via Facebook and the student e-mail forum to bring on the party. Several apologetic messages to the student body later, he and Yelverton thought the day of reckoning finally had come when the construction crew unlocked the access points to Palm Court and allowed students to pass through during the day—but locked it up again soon thereafter.

“I feel like that was an instance of a little cultural misunderstanding, like they kind of thought Palm Court was just a nice convenient access-way for Third Court or something like that,” Sigmund guessed, “but no, it’s so much more than that. … I think they thought they were being nice and instead just gave us all blue balls.”

The fact that the community is barred from entering Palm Court makes things rather awkward, if not downright difficult for students, particularly for members of the first-year class. What was once a focal point for social activity within New College is now a huge obstacle around which residents and visitors of the Pei dorms must trek, sludging through calf-deep mud puddles or testing their courage over the rickety wooden access ramps and makeshift footbridges. The three Pei Courts are effectively isolated from one another and important community events traditionally held under the palms, such as Walls and Towne Meetings, have sought out other locations in which to convene. 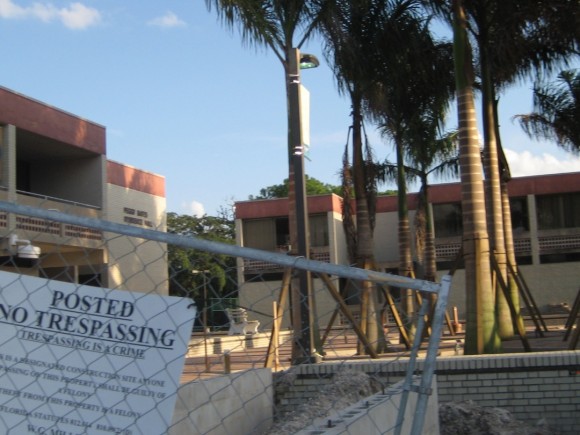 Once the gates and fences disappear at last, students will be free to enjoy the shade under the healthy new palm trees in their mulched beds, safer access ramps and tiles that won’t become quite so perilous after a shower of rain. Nevertheless, upperclassmen feel a deep sense of nostalgia for the old Palm Court.

“It’s definitely going to take a while to get used to that being Palm Court,” Yelverton admitted, “but I think that af- ter some memories get built up in there … You know the way that Palm Court is like a uniting place for everyone to sit around––I guess [the first-years] haven’t had that,” she said.

“I’m going to miss the tiles,” Sigmund said. “It’s a rite of passage to slip and fall on Palm Court tiles on a semi-regular basis.”

Sigmund and Yelverton will remain vigilant in their communications with Student Affairs, keeping an ear to the ground for the magic word. No one appears to be certain of exactly when the chain-link curtain will lift, but when it does, New College had better be ready for one heck of a party.