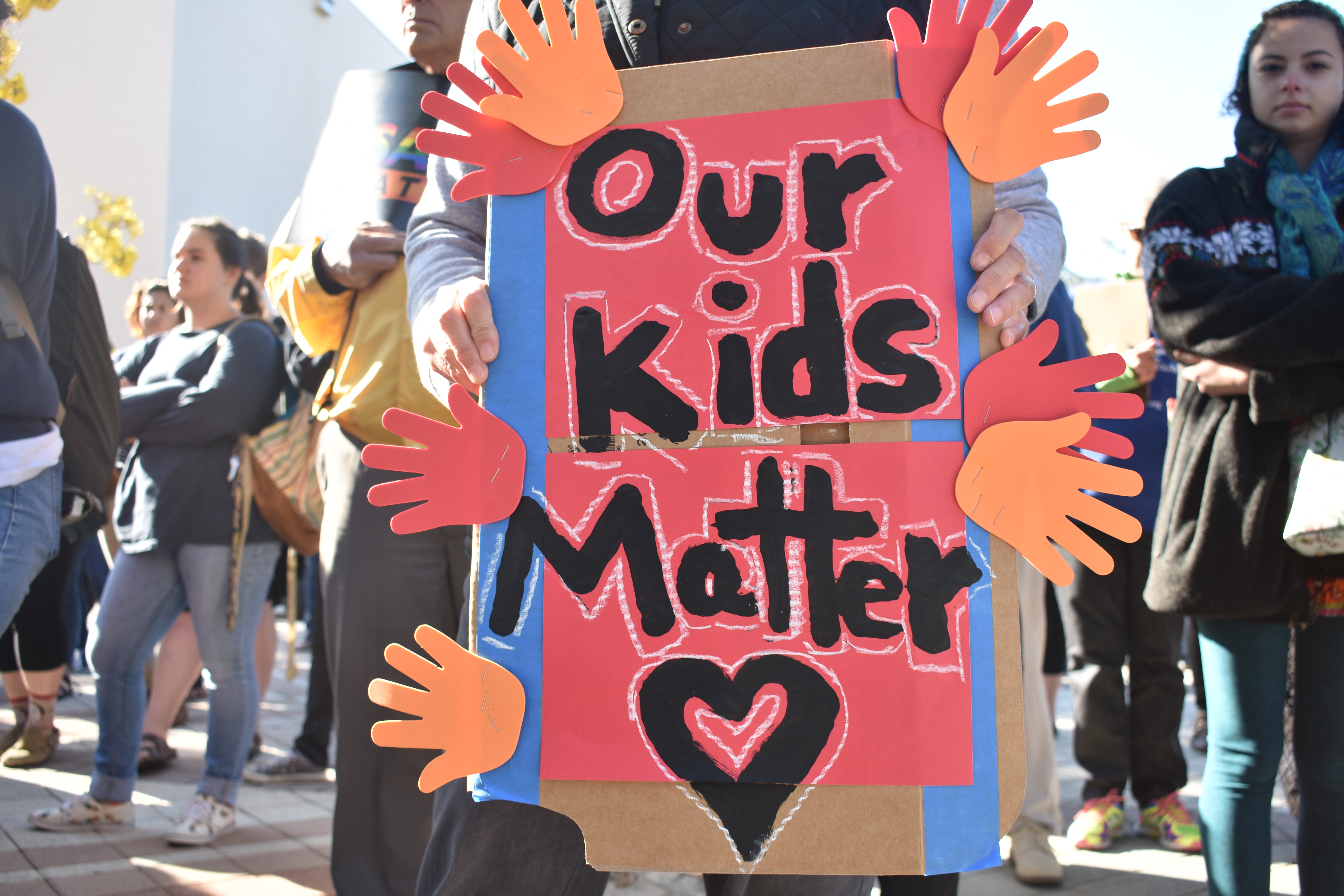 A crowd of 300 is no easy feat at a small, liberal arts college’s campus. With faculty support and cancelled classes came the perfect environment for students, professors and local Sarasota activists to show up for the #Enough NCF Walkout in response to the Stoneman Douglas High School shooting.

“The walkout is a nation-wide protest of the lack of safety at schools across our nation due to gun violence,” Event organizer and third-year, Hope Sparks, wrote in an email to the students listserv advertising the event. “Seven schools in the Bradenton-Sarasota area are currently participating in this protest (and this number will only grow). More than 1500 walkouts have already been set up in schools across the nation.”

This demonstration took place on Wednesday, Mar. 14 at 10 a.m. at the Academic Center of Excellence (ACE) Plaza, the midpoint between the college’s academic and the residential side of campus. The event was organized in collaboration with Sparks and the New College Student Alliance (NCSA) as well as campus clubs, Democracy Matters and NCF Democrats. Students were encouraged to come dressed in orange while members of the local Brady Campaign to End Gun Violence spoke. Democracy Matters and NCF Demonstrations brought voter registration and petitions forms for attendants to sign.

“I decided to plan the event because I felt as if New College should be doing more on this topic,” Sparks said. “The movement is generally being led by high school students and I feel like, as a college, we have more resources, we have more of a voice and a lot more of us are able to vote.”

Sparks, who had sent out emails and spread the word on social media, was still surprised at the turnout of hundreds of participants.

“I was bumping the email so many times, I only had 30 people RSVP to the Facebook event so I was anxious,” Sparks said. “But I think it turned out really well!”

A live stream of the #Enough NCF Walkout can be found at ncf.edu.