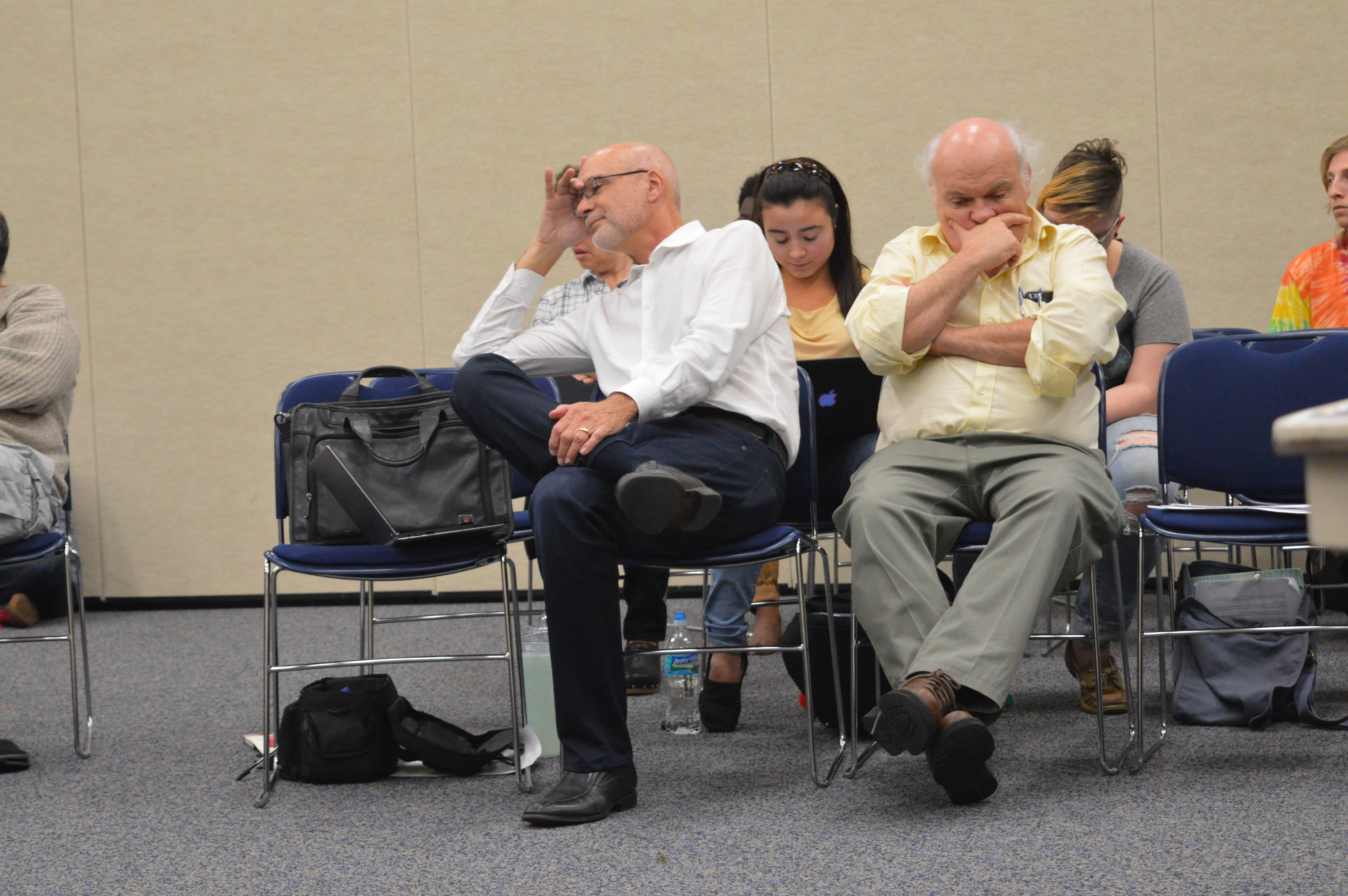 A routine faculty meeting got political on Wednesday, Feb. 8, when a resolution in response to two of President Donald Trump’s most controversial executive orders was brought to the table.

The proposal called for faculty to support students affected by the Executive Order “Protecting the Nation From Foreign Terrorist Entry Into the United States,” also known as the “Muslim ban” because it bans travelers from seven predominantly-Muslim countries from entering the U.S.

The motion also urged the New College Police Department (NCPD) “not to cooperate with Immigration Customs and Enforcement [ICE]” and called for President O’Shea “to sign the letter issued by Pomona College.”

The letter issued by Pomona College states that the Deferred Action for Childhood Arrivals (DACA) program has had “highly positive impacts on our institutions and communities” and asks political leaders to continue and expand the program. The letter has been signed by more than 600 college and university presidents.

New College’s President Donal O’Shea is not yet one of those.

“I’m not going to sign a letter that says we have DACA students on campus,” President O’Shea said. “But I absolutely think continuing the DACA program is vital and I’d actually like to see a stronger program. If they took the second paragraph out of that letter, I would have signed it in a heartbeat.”

The Pomona College letters second paragraph mentions “DACA beneficiaries on our campuses,” the wording of which could suggest DACA students attend the schools of presidents who sign the letter. President O’Shea explained during the faculty meeting that unlike many other schools who signed similar proposals, New College’s small population makes affected students bigger targets for deportation or other threats.

“I would be more sympathetic to President O’Shea’s argument if the 627 other college and university presidents (ten of whom are presidents of Florida schools) had not already signed similar statements,” Steve Shipman, associate professor of physical chemistry and program advisor for gender studies, said via e-mail. “Given the number of potentially affected students, staff and faculty, our administration’s lack of a public statement was both conspicuous and demoralizing. We endanger not only our community members but also people on other campuses more if we do not promptly speak out about threats against them.”

Some students feel that this resolution is a symbol that reaches beyond our campus and the current political climate.

“If we are an institution that prides itself on being so inclusive and accepting then we should also stand in opposition to executive orders and legislation that go against that idea of inclusivity,” second-year Ximena Pedroza, who was involved in drafting the proposal, said. “We shouldn’t only stand up for this if we have affected students or when it’s convenient for us. We should do this because we know morally and ethically it is the right thing to do. Students want to go to a school that will fight for them.”

President O’Shea met with Republican Florida State Senator Greg Steube on Friday, Feb. 10, intensifying controversy surrounding the issue. Senator Steube is the sponsor and co-sponsor of two anti-immigrant bills – SB 82, which would take in-state tuition away from undocumented students, and SB 120, which would stiffen sentences for undocumented people who commit a crime. Some were concerned that the meeting was a sign O’Shea was collaborating with Steube regarding New College’s sanctuary status.

According to President O’Shea, there is no such collaboration.

“Since we’re a state institution, typically we go and meet every member of the local legislative delegation every year to encourage them to support New College,” O’Shea said. “Like with every legislator, you don’t agree on everything. But [New College’s sanctuary status] didn’t even come up.”

“A faculty member during the meeting brought up that we shouldn’t sign this proposal because Senator Steube is our senator, and why give him reason not to like us,” Pedroza said. “But how I see it that’s even more reason why we should sign this proposal and stand up for what is right. Our NCPD is funded because of Senator Steube. That’s why we need it in a written document that our campus police will not cooperate with ICE. We want accountability.”

More concerns were raised when a student reported on the forum Monday, Feb. 13 that two Border Patrol or Customs vehicles were spotted near downtown Sarasota. This comes among reports of nationwide raids on undocumented people that took place three days before.

“Students are safe on campus,” O’Shea said. “Whether it can always be that way I’m not sure. No Customs or ICE official has ever come on a campus as far as I know. But there’s a lot of danger in hysteria, too.”

“Actions speak louder than words,” Pedroza said. “If you support us, give it to us in writing. We demand some accountability, because we are tired of the administration picking and choosing what issues to address. Support immigrants and their families and friends. Support followers of the Islamic faith. Support anyone affected by these executive orders. That would make me proud.”

If you would like to help community members affected by President Trump’s executive orders, contact Ximena Pedroza at ana.peraltapedroz15@ncf.edu.