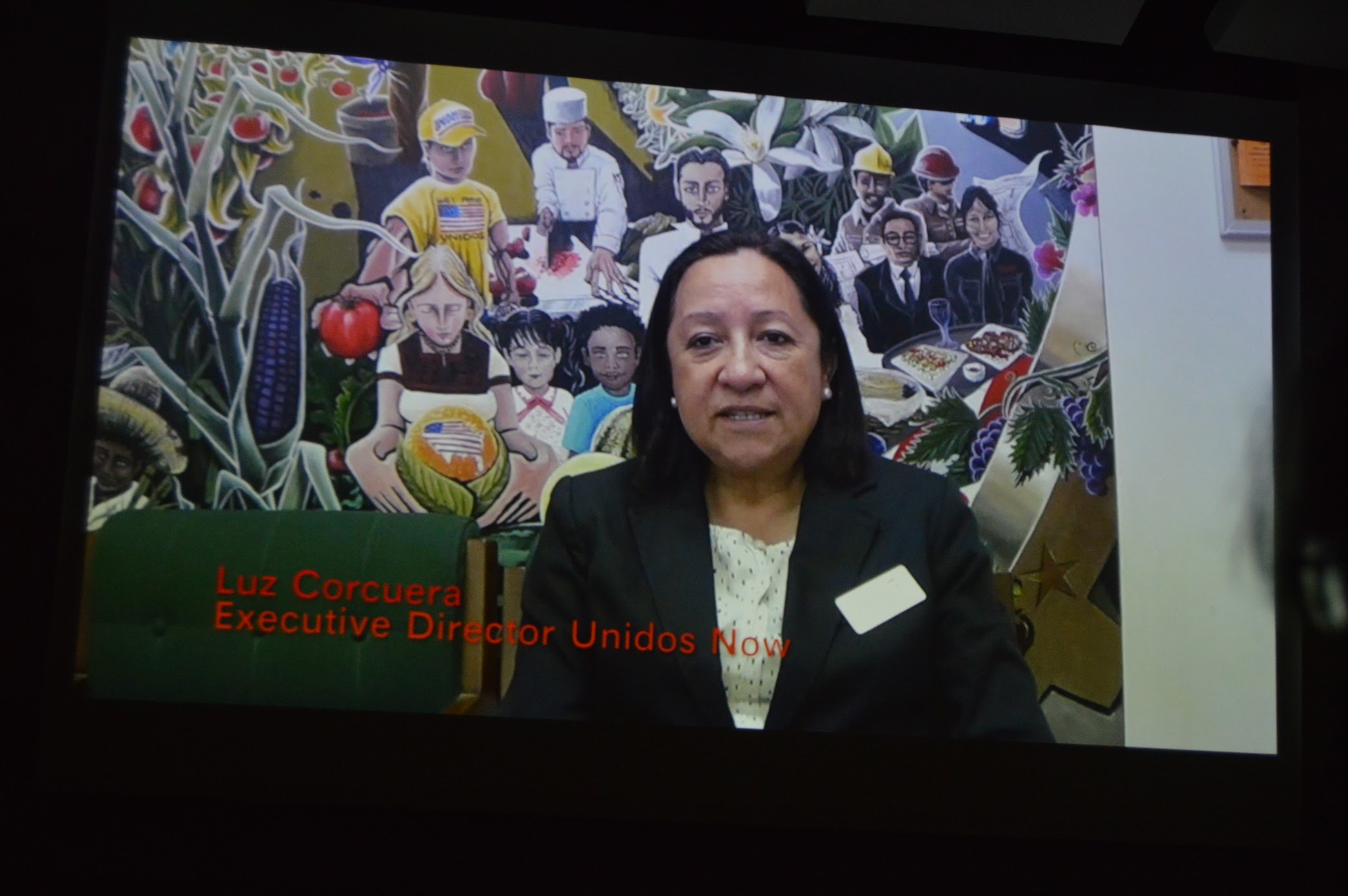 Thesis does not have to be the only project a New College student presents during their undergraduate career. The eighth annual Oral History Project is an event is an opportunity for students to showcase the work they completed during a semester long oral history class with anthropology professor Erin Dean.

The six students involved conducted interviews with members of the Sarasota community. They created videos of the interviews that are meant to document the oral histories and uphold the tradition of storytelling. There is not an AOC requirement to take the class. The videos preserve personal narratives, but also are accounts of the past of the Sarasota area.

The people interviewed varied and all offered something different.

Third-year philosophy student Miles Iton did a project on Helen Kesler. She is a New College alum who attended the school in the 70s. She was born in Tokyo, Japan, and has lived in Florida for 30 years. She now teaches yoga at New College and in the greater Manasota area, and is a massage therapist and spiritual healer.

“I knew Helen since my first year from her yoga classes and relationship with mutual friends,” Iton said. “She is usually the person I go to when I’m looking for information on old New College or Sarasota in general and I figured she’d be perfect.”

During the presentations, it was repeated various times that the relationship formed between the student and the interviewee is the most important aspect of the project.

“Helen and I have already had a pretty strong relationship before the project,” Iton said. “But now it drew us even closer. […] It is a very personal exchange: the interviewee is in the vulnerable position of defining their history to someone else, and as the interviewer it is up to me to present it with her intentions and integrity in mind. […] That probably explains the long lasting nature of the student-subject relationship.”

Iton expressed that Kessler had a strong relationship with her mentor Peggy Bates, a former president and provost of New College, and that relationship was a focal part of the project. Iton was honored that she was willing to share that with him, especially since Bates passing had affected Kessler greatly.

“Helen and I had the chance to meet up with and speak to a couple of women from the Resource Center that Peggy aided in founding,” Iton said. “Having recently been thrust into the always tough situation of coping with the loss of a loved one myself, it was touching to see people brought together by a shared love for someone who was instrumental to both of their life experiences.”

“I knew from the beginning I wanted to interview a Latinx person,” Bickel said. “I didn’t know much about the Latinx presence in Sarasota outside of New College, and I didn’t feel it had been represented in past projects.”

In the interviews, students learn so much information, interviews can be up to two hours long and can occur multiple times, and they have to condense that into a 10 minute film.

“Choosing what to leave in and what to leave out was the hardest,” Bickel said. “You have a couple hours of material and you have to make this little 10 minute presentation and having that agency with someone else’s story is difficult.”

Another important aspect of the project is technical. Students create the films themselves, and many times they learn that skill in the class.

“I had minimal skills in (audio and visual) skills,” Iton said. “The course definitely sharpened them up, though. I learned much more than I entered knowing.”

“I’m not good with computers and I’m unfamiliar with Macs so learning a new program on a Mac was actually really frustrating and difficult,” Bickel said. “If I wanted to do ethnography in this fashion or even create a basic video project, I know how to do that now which is great.”

Christina Harn, a fourth-year sociology student, interviewed Robert Taylor. Taylor has lived in Overtown since he was 13. He opened the Robert L. Taylor Rec. center in Newtown. He has worked in Sarasota for 36 years.

“I became connected with Mr. Taylor after Erin had already asked him if he was willing to be interviewed for the project,” Harn said. “I have known of the Robert Taylor Community Complex for years but I hadn’t known Mr. Taylor was still alive or in the area so when I saw his name and bio on a list of volunteers I was very curious about him and his life. To have a building named after someone still living, who didn’t fund the project, is quite rare so I knew he must have had a large impact on people’s lives for that honor.”

Harn said that before the projects began, they spent a lot of time having conversations on and doing readings about oral history.

“Although the video we create for the screening is maybe what gets the most public attention,” Harn said. “The full interview transcript is the most important element because it is available online and is good data for other research projects.”

According to Harn, the two most challenging aspects were, formulating the best questions for the most effective results as well as the time it took to transcribe the interviews.

“The most challenging part of the project physically was probably just the amount of time it takes to accurately transcribe that much,” Harn said. “It probably took me about an hour to transcribe ten minutes because I type slowly.”

The project is intensive, but rewarding.

“My advice to people who are planning to do the project is to take their time with it and really get to know the transcript very well,” Harn said. “Think about the emotions and context of this person’s story. […] Then, when you are creating the shorter video if you can be more confident that you’re not misrepresenting their words or character.”

“The oral history tutorial was one of my favorite things I did at New College,” alum ’16, and former Catalyst editor, Kaylie Stokes said. “It made me feel more connected to the community outside of new college and led to my thesis.”

Stokes did her oral history project on Beverly Fleming who grew up on Boca Grande island and moved to Sarasota when she was 17. She also did a project on Shelia Atkins who was born in Manatee county in 1952. Atkins is married to a past mayor of Newtown and she works at Alta Vista Elementary.

Others involved in this year’s oral history project were Kat Grimmett, a thesis student, interviewed Vicki Brown, the owner of Dollar Dynasty, a thrift store and food bank in Newtown. Brown has lived in Sarasota since the 60s.

Carley Culmo, a fourth-year humanities and social science student, interviewed Rob Patten. Patten worked as a Sarasota marine biologist in the 70s. He was a major influence in protecting Sarasota land.

Christina Harn, a fourth-year sociology student, interviewed Robert Taylor. Taylor lived in Overtown, since he was 13. He opened the Robert L. Taylor Rec. center in Newtown. He has worked in Sarasota for 36 years.

Allie Stachura, a third-year humanities student, interviewed Dave Pattison who grew up in Venice. He was a member of the Venice Vagabonds and did community service and participated in drag races.

The Oral History gives students the opportunity to connect with members of the Sarasota community on deeper level than what is normally possible. The project allows the past to be documented and creates a special relationship between students and interviewees.