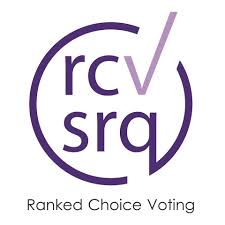 With an unusually large presidential primary field, American voters are facing unique challenges in determining who their vote should go to. Rather than simply choosing their favorite candidate, voters often feel as if they have to account for “electability.” In the face of a narrowing field, many voters complicate their decision in an attempt to ensure their vote will go to a candidate who is viable, instead of prioritizing their preferred candidate.

In a country wracked by not only issues like these, but extreme hyperpartisanship, a switch to ranked-choice voting incentivizes civility and compromise in elections, rather than polarizing toxicity. Ranked-choice voting largely accomplishes this through allowing voters more freedom than the current two-party system.

The traditional voting system in the United States works under the rule of a simple plurality, in which candidates are able to win an election without a true majority—this is especially common in crowded primary fields. Under this system, third-party and independent candidates have extremely narrow chances of winning, and high-dollar corporate candidates are in better luck than hardworking, grassroots ones.

How would a switch to ranked-choice voting differ from this system? Instead of voting for one candidate, these elections consist of voters typically ranking potential candidates in order of preference. When one candidate receives a majority of first-preference votes, they win, similar to the traditional system. However, in elections with more than two competitors, ranked-choice voting eliminates the candidate who came in last. Individuals who voted for this eliminated candidate have their votes counted for their second preference, then allowing for the re-tallying of votes. This process continues until one candidate wins an outright majority. This system ensures fairer elections, in which independent and third-party candidates actually have a chance of winning, rather than detracting from “bigger” candidates.

Through allowing voters to rank their candidates, the traditional goals of campaigns are redirected as well. The majority of current political campaigns place an emphasis on motivating a specific voter base, and often harm other campaigns in attempts to distinguish themselves. Under ranked-choice voting, more than just the voters’ first preference counts, leading campaigns to appeal to potential voters on all sides. This leads to more civil discourse among candidates, and encourages individuals who are not career politicians to run for office.

Some critics of ranked-choice voting argue that the implementation of this system will lead to decreased voter turnout, particularly from low-income and minority voters. While this concern is valid, research conducted by Fair Vote has actually shown that the only demographic that may be significantly impacted by a switch to rank-choice voting are older voters, and that voter turnout is roughly the same as in traditional elections.

Forms of ranked-choice voting are used around the world by 11 countries and by 19 cities in the United States, with five more to be joining the group in the upcoming year. If you think that the United States should prioritize positive campaigning and fair elections over toxic partisanship and undemocratic values, join the movement to fight for ranked choice voting across America.

In 2007, the city of Sarasota passed a ballot initiative to implement ranked choice voting, but a lack of state-certified voting software has led to it not yet occurring. Find out how you can help at rankmyvoteflorida.org.