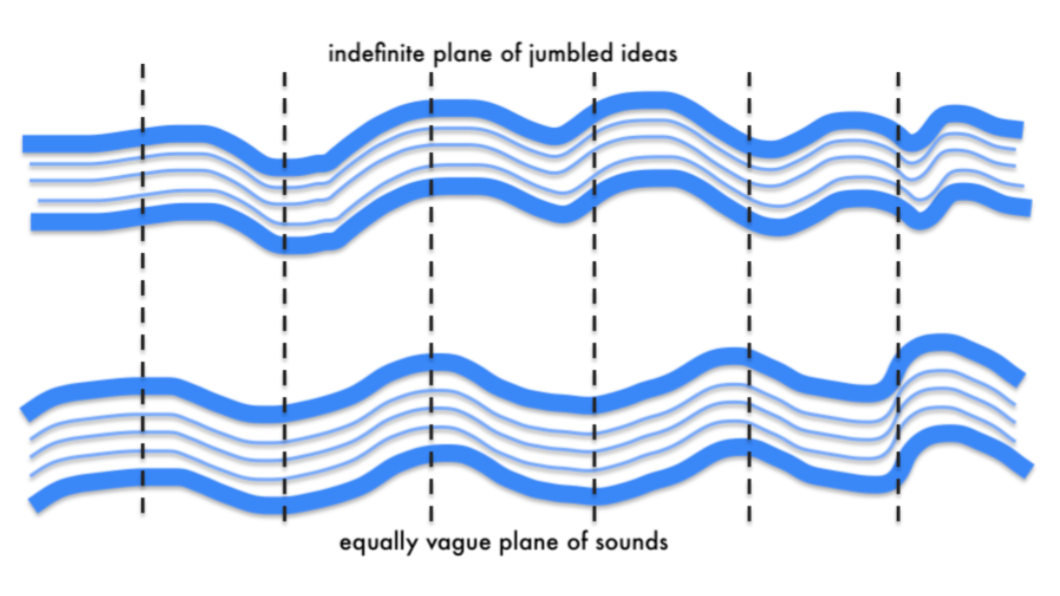 On the song Fantasy off the 2016 album Warlord artist Lil Flash raps “My eyes red just like a stop sign.” Upon hearing this, many will conclude that Lil Flash has been smoking weed. Before following them in doing so, let us turn to the work of Saussure. Red eyes are associated with a number of situations including but not limited to infection, subconjunctival hemorrhage, smoke exposure, and THC intoxication. This situation brings to mind Saussure’s description of two great rivers running in parallel, one representing the “indefinite plane of jumbled ideas” and the other representing the “equally vague plane of sounds.” Sections of one are arbitrarily marked off and made to correspond with similarly arbitrary sections of the other. This metaphor was intended to describe language but is both moving and applicable to our situation.

What constitutes a signifier like “red eyes”, “irrationality”, or “trouble focusing” is mediated by the interpreter. Those boundaries which define signifiers are by nature subjective and are interpreted in a likewise subjective fashion based on the particularities of the interpreter and the context in which interpretation occurs. If one has a distaste for both “hippies” and “potheads”, they might conclude that a younger individual with long hair and red eyes has been using drugs. Meanwhile, a kindergarten teacher who notices a pupil with red eyes may conclude that the child has some form of infection. Thus, we see that the Saussurean conception of the sign which is the unity of the signified and the signifier is strengthened when it is made clear that the process of matching signifier with signified is not a neutral, authorless, or objective one.

When a clinician or layperson interprets certain signifiers as corresponding to a certain condition, they are on far more subjective ground than they are often willing to admit. The signifier, the signified, and the unity of the two are all in some way culturally defined and mediated by the particularities of the interpreter. Whether or not that is somehow “wrong” or “right” is not the issue at hand. What is relevant to our collective wellbeing is that the
interpreter has an obligation to be honest with themselves and others by admitting to their role in the creation of categories and the placement of individuals within them. Such honesty makes room for the opinions of others and interrogation of the diagnostic process which improves outcomes for us all.