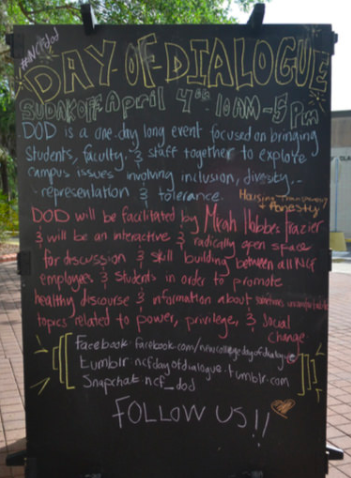 My grandfather was a survivor of the Holocaust from Hungary. He passed before I was born, but my mother told me stories when I was young about his experiences. Terror, unfathomable loss and the destruction of many lives forever. That is what people laugh at when they invoke the memory of the Holocaust for humor.

My name is Dylan-Levi Pryor. I am Jewish, and I have faced anti-Semitism before.

When I first heard about the incident at the Center of the Universe Party (COUP) last week, I was absolutely surprised, but I was not too shaken by it. That does not mean I was not offended. I definitely was and am. However, it does reveal an unfortunate truth.

I am used to it by now, because – while this may be the most obvious example of anti-Semitism toward the Jewish community (intentional or otherwise) – it is far from the first time.

When I was a first-year, I returned to my room with a few close friends after a Wall, where they began playing a Nazi march song, with at least one of them dancing along with it. I do not remember the chain of events that led to that moment, but they do not matter. I knew nothing justified it, but I knew they were joking, and since they were joking, I actually thought that made it okay. But it does not.

Then, when I was in Tallahassee last semester, I learned that someone had drawn a Hitler moustache on a Hannah Arendt poster in one of the letter dorms back on campus. Again, it can be assumed that it was meant to be a joke. That being said, there is something to be said for the importance of empathy in uniting the campus community, regardless of which group you are a part of, and anti-Semitism is inexcusable regardless of the circumstances.

As a member of the Jewish community, I would like to sincerely thank those who have reached out to any one of the Jewish students on campus and asked if there were any opportunities to learn more about the underlying issues of both this event and Jewish life on campus. If anyone would like to learn more about anything regarding my experiences as a Jewish student on campus, please feel free to reach out to me, whether you know me personally or not.

The COUP incident is proof of the importance of encouraging a constant exchange of ideas on campus. As I previously mentioned, there have been much less public instances of ignorance on this campus, and it is crucial that we stand against it even if it is out of the public sphere. Remember that the way people behave when few are watching is much more worthy of admiration than words posted online. Now that this event has made us as a community much more aware of such a problem on campus, we should not let it fade into the background, and instead make it a point to educate ourselves.

Please take the time today to ask one of your friends about a unique experience they may have had. Remember, by supporting and educating each other during difficult times, we both reinforce our bond as a student body and express a desire to move forward toward a much safer and more enjoyable campus experience for everyone.