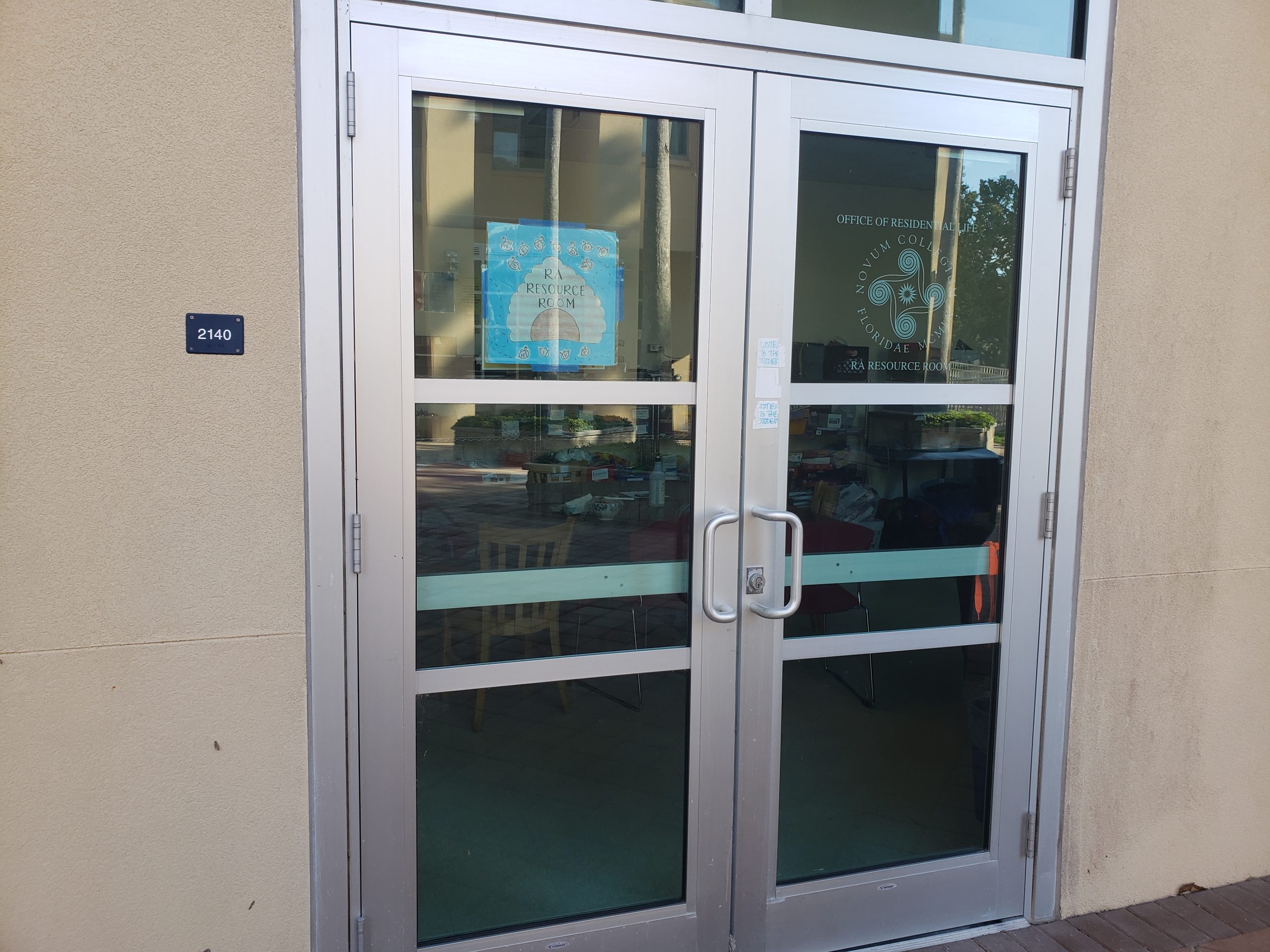 The outside of the RA Resource Room, a space where RA regularly gather to perform their duties and where students can find them if they ever need assistance. Photo taken by Sophia Brown.

Anybody who spends a week on the residential side of campus will quickly figure out that this school runs on student labor like America runs on Dunkin’. Between Teacher’s Assistants (TAs), Resident Advisors (RAs), Student Writing Assistants (SWAs), the New College Student Alliance (NCSA), admissions employees, success coaches and several others, a heaping handful of broke twenty-somethings scramble around setting up equipment, organizing events, begging the government and rich Sarasotans to give us money, managing campus spaces, giving tours and tutoring for minimum wage give or take a few cents.

Throughout my on-going four year stretch at New, I’ve been a TA, an RA, a SWA and had a run as NCSA Secretary during my second year. I’ve planned Residence Life events where nobody shows up and gone home with a bunch of uneaten snacks, ran through theses with other fourth-year students smiling through my impending panic about my own thesis, took frantic minutes during Emergency Senate Meetings (mad props to my successors) and stared at myself silently in Zoom office hours battling a quarantine-induced sense of ennui. I have earned a coveted twenty five cent raise for my loyalty and given it right back to Housing so I can afford a meal plan I never asked for and cannot use. In short, I see y’all.

To all of us in that heaping handful, this is an acknowledgement of the work we do that gets overlooked and underpaid. For some reason, it seems worse at New College than it does at other schools. I have no empirical proof for my hypothesis, other than the raised eyebrows of my friends at bigger schools when I start talking about my job.

It’s so frustrating to see the administration threaten to shuffle around spaces they never use or have responsibilities that are miles above our pay grade funneled on to us without our consent. With ridiculous demands and pay that often just barely tops minimum wage, why the hell do we all still work here?

It wouldn’t be a lie to say that many of us are trying to pay for this semester’s tuition and hopefully have enough left over to fill our gas tanks. It would, however, be an oversimplification. While certain on campus jobs require specific training and/or offer specific boons (hello RA Housing discount), there is usually a smidgen of enjoyment in this neo-liberal trench. For example, I genuinely enjoy seeing my residents chatting together as they study in a common area knowing that I’ve created a friendly environment. I love seeing a student sketch out their thoughts on an essay and walk out of the Writing Resource Center (WRC) with a better idea of where they’re going. I like it when timid first-years have emailed me asking where to find things or who to reach out to. Most of the time, I genuinely mean it when I say I’m happy to help.

That something definitely doesn’t make up for the offensively low wages or the lack of active support from administration. Even so, these are jobs that need doing because they make the community what it is. As a student myself, I know what it means to know other students are looking out for me. It’s comforting to have another student who understands the rigor of New College help me through my academics. These are roles that simply couldn’t be done by anybody other than students, who know themselves and each other. So, in an effort to preserve the time, funds and sanity of student workers, the New College community needs to collectivize now more than ever. Student labor is the nucleus of the campus community, and the numerous individuals who make our support systems possible deserve better.