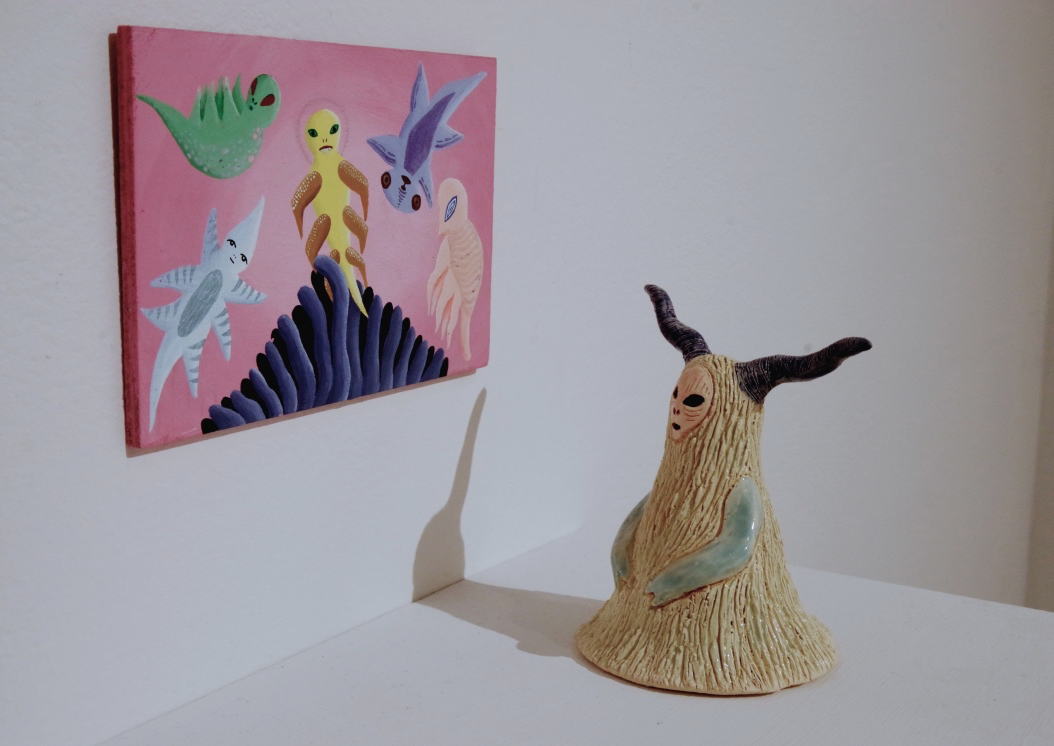 The show will be open Monday through Friday from 12:00 to 5:00 p.m. from Monday, Apr. 16, until Friday, May 11. The work on display represents the culmination of the nine-month thesis process for each of the students. Along with creating the work on display, the students are also responsible for designing and installing their finished work in the gallery.

According to a press release issued by New College, “this year’s exhibition features installation, interactive work, sculpture, printmaking, drawing, and painting and reflects on diverse yet timely themes ranging from ecological stewardship, cultural identity, the ubiquity of the pharmaceutical industry, domestic abuse, post-apocalyptic renewal, and figurative drawing in the French Academic tradition.”

Each student has written an artist statement that explains the theme of their work which will be features in the exhibition. These statements, along with pictures of their work and write-ups by art history students who previewed the show, will also be featured in an exhibition catalogue for the show created by students from the Art and Art History departments. The catalogue will also feature the work of alum Kierra Boyd (‘16) who graduated last December and the work of third-years Abeer Obaido and Corinne Leavengood, who will be graduating next fall.

“My vision is that they [the art thesis students] each create their own convincing world,” Assistant Professor of Art Kim Anderson said. “Everyone’s world is going to look distinct,  everyone is bringing in their own personal values and objectives to the project. I don’t want students finishing off a thesis with work that all looks the same.”

Anderson walked me through the studios and gallery space in the art wing of Caples, pointing out individual students’ studios and explaining the works–both finished and unfinished–that covered the walls and overflowed out into the hallways.

“Hopefully the idea is that any viewer, any audience member, who doesn’t maybe know a lot about art would be able to come in and take something away,” Anderson said. “You would come into this space and you would understand the vocabulary. There’s candy-coated prescription bottles, the screen-printed text or posters are aesthetic interpretations of the fine print on your pill bottles, the side-effects, but she [Sarah Bradicich] has made that into a visual pattern with words. That juxtaposed with these candy bins–which have another symbolic meaning–but as soon as you put pill capsules filled with confectionary toppings the meaning shifts and changes. So you’re playing with meaning–that’s kind of their objective here. And you’re figuring out a way of playing with it and making those juxtapositions that is going to be accessible for people you don’t know you, who don’t have that personal context.” 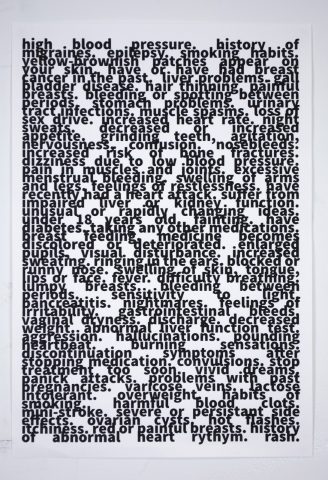 Ask Your Doctor If

Sarah Bradicich’s thesis is entitled Sugarcoat and it deals with the role of branding and advertising in promoting the use of prescription medication in the United States.

“I’ve been working on the concept [for my thesis] since last year,” Bradicich said. “I was doing a publication and I made a piece on birth control and I’ve been working on–and reworking–that concept since probably last February. It started off different than how it’s ended up, everything has kind of shifted into what it is now. I’m talking mostly about medication as a consumer product. I’m using an analogy to candy and I’m talking about branding and advertising, so I’ve created this brand Sugarcoat.”

Each student’s work is a reflection of their own personal interests and strengths. While the show has a single title, the work featured is highly individualized and reflects the importance of each student developing a personal aesthetic as part of the thesis process.

“He [James von Hollen] started doing a very different type of thesis,” Anderson said. “Then at the beginning of the semester said ‘You know what I’ve found my true passion. This is what I want to do.’ So I was like ‘Okay, let’s change gears, let’s make this happen.’ He has been studying with the Southern Atelier. It’s modeled after a 19th century French academy-style approach to figure drawing. So [in his thesis] he [James] is going back and following all of the traditional protocols and procedures that artists would have used. He’s going to install his show with the easel and with some of the traditional lessons and formulas. He really feels strongly about this tradition as a method of gaining technical expertise.”

Von Hollen’s work deals with the systematized drawing course, the cours de dessin, developed by artist Charles Bargue in the 19th century. Bargue was a pupil of influential academic painter Jean-Léon Gérôme and created the course as a means of increasing the efficiency of the atelier system of artistic education, which placed pupils or assistants under the tutelage of an individual master artist. 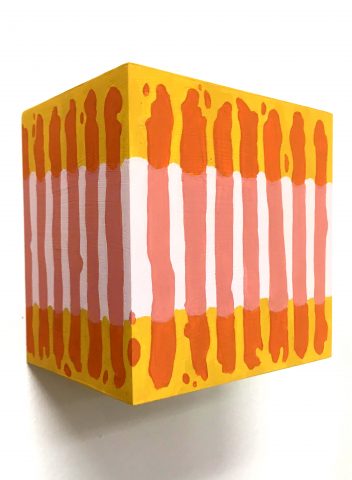 “So most of my work is figure drawings,” von Hollen said. “I actually started my thesis with a completely different idea, so this thesis actually started on Jan. 15. I got this modeling gig at this place called the Southern Atelier, which is out in Bradenton off of Whitfield. And I walked in and it was all this neo-classicist work, like all about the figure and drawing from the Old Masters–that sort of classic, exaggerated anatomy and dynamism–and it blew me away. It was totally inspiring. I was like ‘Oh my god I never want to leave,’ and I looked at my thesis I was working on and like honestly hating at that point and I was like ‘You know what, maybe I’ll just take a leave of absence or do this stuff at the Atelier, maybe I’ll be a student there for awhile, and maybe I’ll come back to New College and finish this. And I went to Kim Anderson and she was like ‘What if you just made all the Atelier work your thesis?’ And I was like ‘I don’t know. Can I produce enough work starting right now in mid-January, do I actually qualify for a thesis?’ and ‘She was like ‘Yeah!’’ So this has just been a furious storm of writing and drawing and I’ve tried to come up with work that is representative of the cours de dessin.”

This cours de dessin, called “the Bargue” after its creator, follows a specific and traditional model for learning to draw that relies on copying anatomy, human models and the works of the Old Masters.

“The style was made intentionally to correct kind of natural novice errors in drawings,” von Hollen said. “So students would have normally–and this is me included–would have made their darks too light and their half-tones too dark, so the Bargue corrects that by compressing all of the light values and darkening the darks to pitch black. It’s sort of like trying to overcorrect you in the direction of actually being correct.”