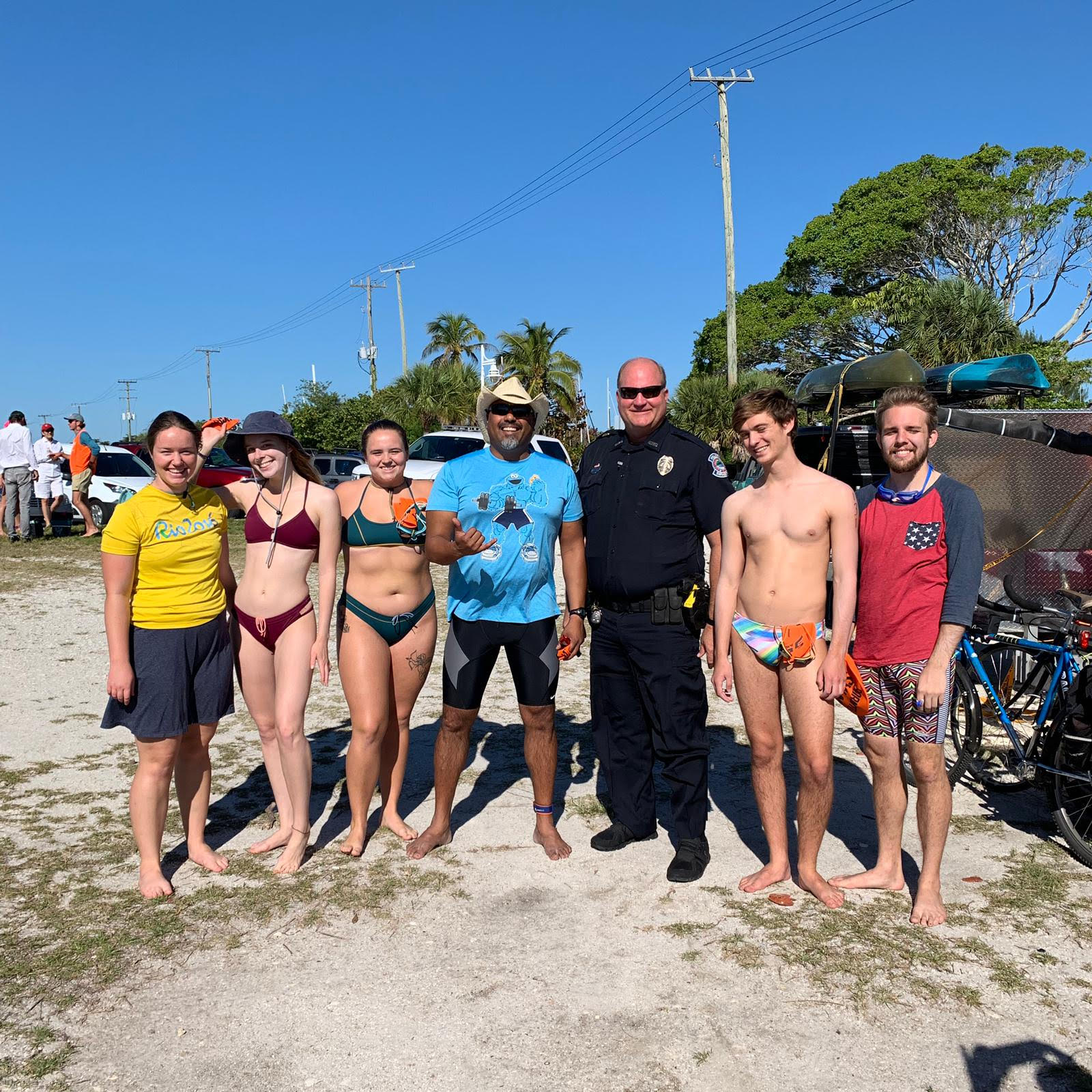 The swim club holds practices at the on-campus pool, which are usually led by coach and Assistant Director of the Counseling and Wellness Center Duane Khan. Khan holds practices on Monday, Wednesday and Friday mornings. One of the three co-captains, second-year Jessica Franks, thesis students Miles Newmyer or Mairead Howley conduct the afternoon practices on Tuesday and Thursday.

“Swim team is a space where people can come to learn how to swim if they have never swam before,” Franks said. “[People can] practice if they have been swimming, work out and hang out.”

The Octopods recently received funding for two lane lines in the pool. “That makes a good three lanes to swim in, which is really cool,” Franks said. “We have some equipment, in general, [but] we don’t have a lot. We only have three pool buoys, but Duane is our coach and he is a very good resource for us.”

In addition to collective workouts, the swim team also participates in off-campus swimming events. “We are going to try to do more competitions,” Franks said. “Some of us are participating in the swim meet, I think it’s Sept. 28 or 29, which will be our first competition of the year. Last year we did Lido which we are probably going to try to do again next semester.”

The swim club also hosts events for the team to hang out and get to know each other outside of practices.

“We are probably going to have a fun event at the Waterfront for the team to bond,” Franks said. “It’s a really great time and we’re glad people keep showing up.”

Sources from this article are provided by the Americna Red Cross: Water Safety Poll https://www.redcross.org/about-us/news-and-events/press-release/red-cross-launches-campaign-to-cut-drowning-in-half-in-50-cities.html