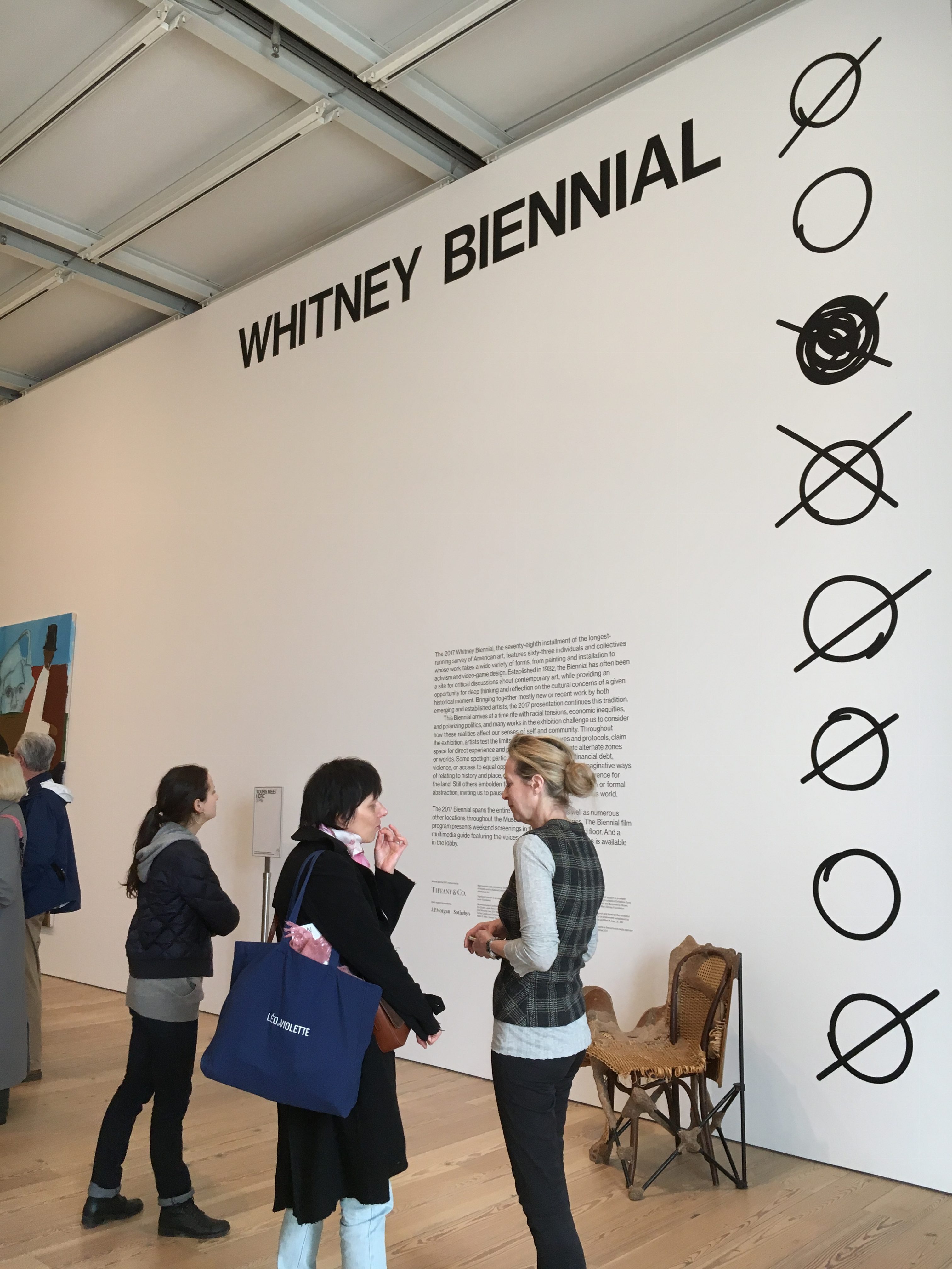 New York City is always the site of spectacle and controversy, but maybe even more so during the Whitney Biennial. Since its beginning in 1932, the installment at the Whitney Museum of American Art has always strived to be a collection of themes about what’s really happening in America, though sometimes only touching upon the themes of what’s really happening in America if you’re white, wealthy and most likely male. Now in its 78th installment, the collection demonstrates a broader appeal. For the first time, the Biennial curators are both people of color and under 40. Christopher Y. Lew, 36, and Mia Locks, 34, spent months travelling the country searching for artist’s and their works that spoke to today’s issues, most saliently those relating to race, class, gender, the environment and the intersections among them.

Many of the works are strikingly successful in evoking these issues. The photographs of Deana Lawson offer carefully staged portraits of family life and love of Black people in a way that “subverts the ways in which portrayals of Black bodies are often subject to biased perceptions of Black personhood in American culture,” according to the museum’s artist biography. Lawson’s photographs are beautifully intimate, commanding a shared gaze between the subject and viewer.

Meanwhile, the paintings of Celeste Dupoy-Spencer deliver a sympathetic but unaffectionate portrayal of white America, namely of the Trump-voting demographic. This includes depictions of a Trump rally itself and more abstract scenes like a scene of two girls fighting in a Louisiana street.  These paintings are confrontational and even disturbing, but feel overwhelmingly honest. Conversely, a painting by white artist Dana Shultz depicts a rendering of Emmett Till in his casket feels tactless, protested by many as making a spectacle of the deaths of Black people.

One exhibition within the Biennial took a Floridian slant. Jon Kessler’s “Floating World” is a moving, mechanical installation of mannequins wearing VR headsets to watch disaster movies, bearing permanent selfie sticks with iPhones recording their every move onto an ocean-like surface of monitors. These mannequins wear bathing suits with images of the forthcoming One Thousand Museum in Miami. One Thousand Museum is a luxury high rise currently under construction that is set to be the tallest building in Miami. It’s so high-end that it is going to have its own rooftop helipad. Kessler’s mannequins are intended to be the building’s future residents. While climate change takes Miami into the ocean, these residents will either be escaping in their private helicopters or too busy watching disaster movies on their VR headsets to realize what’s happening. Climate change seems like something that’s going to impact us all, but as Hurricane Katrina and other natural disasters have proved, it’s often people without money and often people of color who are impacted the most.

Another Jon Kessler installation was particularly salient. “Exodus” featured a rotating wheel of figurines depicting a historical image of the traveller: the pilgrim, the wanderer, the refugee. These figurines come from a wide range of traditions and cultures, offering no hierarchy to the scene. What makes Americans feel like it’s more acceptable that their ancestors immigrated here than it is for people to immigrate here today?

Much of New York begs this question. It’s asked on the top floor exhibition of the Museum of Modern Art in a series of works offering a similar thematic landscape to the Whitney’s Biennial. One of the more interesting ways of asking the question happens at the city’s Tenement Museum, where you can tour preserved apartments of immigrant families from the late 19th century. The museum will soon be expanding to provide a wider scope of the experiences of Jewish, Chinese and Puerto Rican immigrants. While we see the big issues being portrayed in the abstract works of the Whitney Biennial, we can see the historical realities of these issues at the Tenement Museum as they’ve existed in America for hundreds of years.