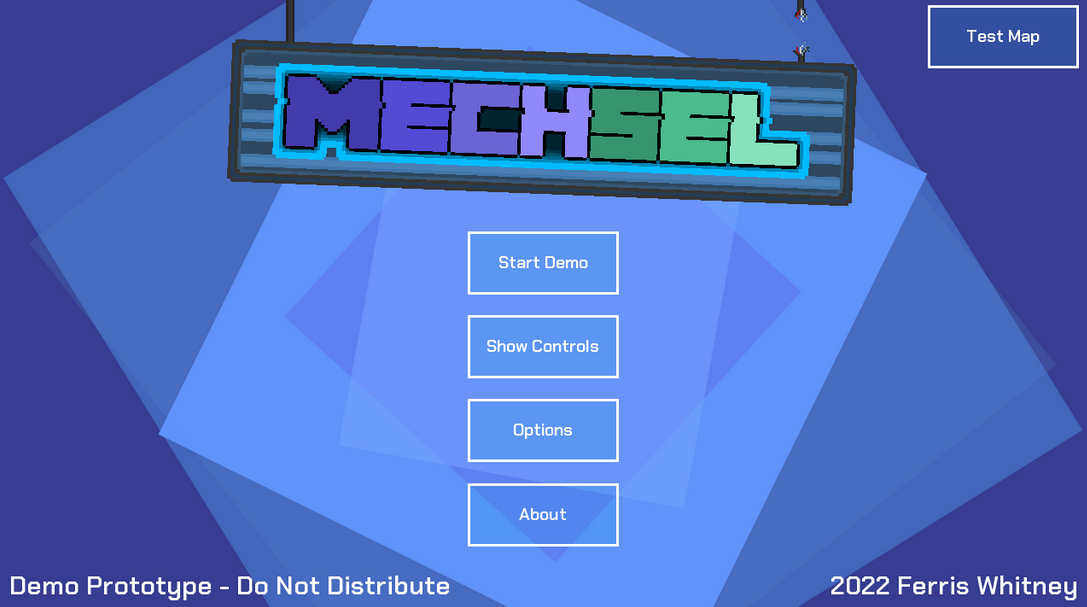 Mechsel is a game you’ve never heard of, currently in the works by third-year Computer Science student Ferris Whitney.

Whitney, a computer hardware and retro console enthusiast, is working to make their mark on the indie gaming scene with their first video game. They started the project over the summer and have described it as “the hardest thing I’ve ever done.”

In Mechsel (Working Title), the player takes the role of “Axis,” a robot with a mysterious past who has been brought back to life to take down the antagonistic “Nothing Corp.”

Whitney explained that the game is a “third-person top down game, and it’s also a puzzle adventure game,” inspired by the likes of Legend of Zelda, Portal and Sonic—just to name a few.

“I play way more games than the average person,” Whitney said, explaining where their inspiration came from. “When I was in the fourth grade, I got my first Game Boy…and ever since then, I’ve sort of been obsessed with just video games. I played hundreds of different games. And I think just by playing all these games, I have to ask myself these questions, ‘It’d be cool if I did this.’ ”

Ever since then, the idea has been sitting on the back burner of their mind—just waiting for the right moment to bubble over, and that moment was this past summer.

“Axis at the beginning of the game, he gets repaired by another robot, Myst,” Whitney said, explaining the plot. “The reason that she repairs you is because Axis is actually a fighting robot created by Nothing Corp. And so the reason she repairs Axis is he has key card access or privileges to actually infiltrate Nothing Corps’ headquarters.”

Whitney has been working on this project completely solo—part of why this has been “the hardest thing” they’ve ever done, but they emphasized that the creative outlet of making the game has allowed them to explore a whole other avenue of their interests outside Computer Science.

“I was going to do a sort of cartoony art style,” Whitney continued. “And then I realized that was too hard. And so I started [with] pixel art. And originally, the pixel art I did was pretty atrocious. But I sort of practiced it. And I got pretty good at pixel art—for me, it’s sort of the art style that I’d like to say that I’m good at.”

Whitney also explained that have been “playing the saxophone since I was eight years old,” and that this experience has influenced the soundtrack for Mechsel.

“As long as [I can] remember, I come up with little songs in the shower, I’ll be like, singing to myself and like, oh, that sounds kind of cool,” Whitney said. “So I’ve always sort of been coming up with my own music and stuff.”

“And so, I’ve come up with a piece, and then I’d write down the notes on a sheet of paper,” they continued. “Then I go to my computer, and there are several pieces of software that I’ve been using, so I’ll just put the notes in it, and then we’ll see what it sounds like.”

Whitney explained that now is the perfect time to make this game, because their Computer Science classes have “helped me become a competent programmer, and allowed me to have the confidence to push myself like this. I definitely wouldn’t have done something like this a few years ago.”

“I had to learn [the programming language] C++ in like a few weeks, in order to make a library for a class,” Whitney said, describing some of the different Computer Science projects they’ve undertaken. “I’ve been making my own central processing unit (CPU). I mean, I’ve done some crazy hard things. But game development is definitely the hardest thing I’ve ever done.”

Whitney will be presenting Mechsel and providing a downloadable demo of the game on Dec. 1 at an Association for Computing Machinery (ACM) event in Heiser 168.

Whitney is excited about their next steps as a programmer and an artist, and hopes that this game can help them get their start in a crowded industry.