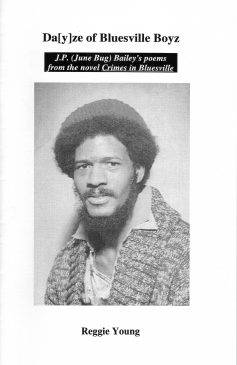 “What I find most rewarding about teaching is that I’m constantly learning and if I’m learning I think there’s something that my students are taking back,” Reginald Scott Young, New College of Florida’s new Writer-in-Residence, said. This is a prestigious position that every Spring semester issues in.

The school’s writer-in-residence program was made specifically to supply the high demand the student body has had over the years for creative writing options. The Chicago sourced writer Dr. Young will be teaching Introduction to Creative Writing and the more advanced From Poem to Story and Story to Poem workshops.

“I don’t think I’ll ever go back into another permanent position,” Young said. “For the next few years I want to teach in visiting positions because it gives you more time to write.”

Being drawn in by the warm weather, New College became an ideal spot where Young believes he will be comfortable and enjoy.

In 1990, Young received his doctorate in English from the University of Illinois at Chicago and most recently worked at the University of Louisiana at Lafayette as an English Professor where he spent 14 years contributing in the development of the students’ literary minds there. During his Cajun country days, Young would invite graduate students over and cook BBQ, paella and even nostalgic Chicago-style hot dogs as a favored pastime.

When Young was in college himself he partnered up with his Student Association and collectively published their newsletter that included assortments of poetry and artwork. He then became an editor for the Rafael Cintron-Ortiz Latino Cultural Center at the University of Illinois in Chicago where he was instrumental in creating the journal Bluesville: A Literary Journal of Chicago’s West Side. The name “Bluesville” came to be as an alternate for Gwendolyn Brook’s—who’s had a strong impact on Young—term “Brownsville” she used when speaking of the South side of Chicago.

To all aspiring writers, Young echoes the advice Ernest J. Gaines would give to young writers, “Whenever someone would ask him, ‘Gaines, what do I need to do to become a writer?’ He’d say ‘Eight things: read, read, read, read, read, write, write, write.’” It’s a saying Young enforces due to the fact that most novice writers forget to do substantial research before producing their writing – a must do for accomplished writers.

Mentors of his that affected his life were the likes of Mississippi Blues poet Sterling Plumpp who responded, “Yeah these are fine, but have you ever thought about what’s more important in poetry: Content or form?” when the shocked fledgling Young presented some of his original poems to Plumpp. Experiences like that shaped his development and pushed him in his earlier years to become better.

Some of his favorite endeavors have included events with poetry, music and art like City Songs, which was, “Truly a multicultural workshop before multiculturalism became famous,” as Young said. Other projects like Galleria Kiki where he and his close friend Sandra Cisneros, author of The House on Mango Street, would transform Cisneros’ brother’s loft into a creative and artistic atmosphere have been personal highlights of his career.

“Things like that were important for the development of Chicago literature in the 1980s… Especially bridging the cultural, racial and social divisions that existed,” Young said.

In the classroom he aims to create engaging experiences whether they be impromptu or not.

“By nature I’m pretty improvisational so that I don’t get too locked into one thing, when class is going well you should discover something new, something different, something should happen, so that we walk out feeling as if we’ve gone somewhere during that time,” Young said. “I think my style is more what you call the Socratic method.”

Young’s influences draw from from the Harlem Renaissance writer Jean Toomer who wrote Cane, which was loosely replicated in Young’s dissertation Crimes in Bluesville as also being a multi-genre novel filled with poetry and nonfiction. Gabriel Garcia Marquez is another main source of inspiration for Young, author of One Hundred Years of Solitude, which was “some of the most beautiful writing,” of original Spanish text, according to Young.

Optimistic and enthusiastic about the upcoming months, Young is eager to develop the capacities of the students in his classes in the same way these previously mentioned greats have done for him. He is intending on doing at least two public readings here at New College, but the dates are still tentative, however, on Mar. 1 all interested listeners and poetry buffs can join a reading at the State College of Florida in Venice.