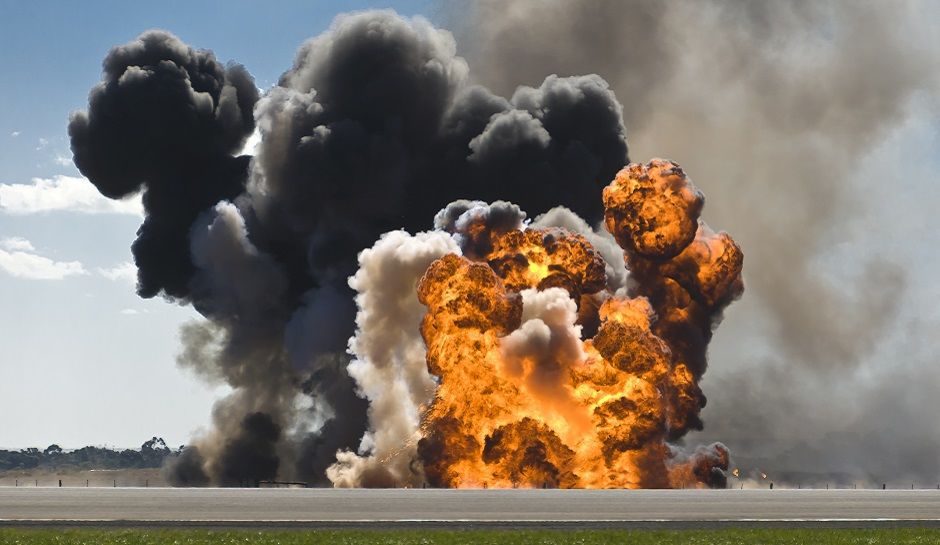 After deploying 59 Tomahawk cruise missiles to level a Syrian airfield on April 6 – spurring anger from both war-weary U.S. voters and Russian and Syrian diplomats – the U.S. military dropped a Massive Ordinance Air Blast (MOAB) on ISIS-occupied caves in Afghanistan on April 13 and committed the largest incident of friendly fire since the beginning of American conflict with ISIS on the same day, in a drone-deployed attack that resulted in the death of 18 members of allied Syrian forces in Tabqa, Syria.

These actions embody a more aggressive approach to foreign affairs that President Trump assured after the first Syrian missile strike, despite lively oppositional response. Regardless of Trump’s repeated promise regarding avoiding military involvement in Syria throughout his presidential campaign, U.S. military involvement across the globe is hanging in a precarious position between significant escalation and continued distanced involvement. As tensions rise in the Middle East, those in the Korean peninsula have seemingly followed suit, with troops lining the borders between China, North Korea and South Korea, as North Korean missile testing has been hastened to a newly-announced weekly basis as of April 18.

After the suspected Syrian regime-led chemical attack on April 4 that resulted in the deaths of “at least 70 people” – including 10 children – and the resulting U.S. missile strike on the Syrian regime’s airfield suspected to be responsible for Syria’s chemical weapons storage, global political entities have reached a tentative standstill while the country continues to be only further devastated by its civil war.

Conversation between the U.S. and Russia about Syria has been planned for April 24, in trilateral talks in Geneva with representatives from Russia, the U.S. and the United Nations (UN). However, Russian state news agency TASS reported that the country is awaiting confirmation for the meeting from the U.S. While the countries support opposing sides in the Syrian conflict – with Russia embodying the primary supporter of Syrian president Bashar al-Assad and the U.S. minimally supporting the National Coalition – both agree upon the goal of bringing down ISIS.

That common ground might not be enough, however, as the U.S. missile strike on the Syrian airfield brought about fiery response from both Russian and Syrian officials.

“We describe that attack as a flagrant violation of international law and an act of aggression,” Russia’s deputy ambassador Vladimir Safronkov said in a U.N Security Council meeting April 7. “We strongly condemn the illegitimate actions by the U.S. The consequences of this for regional and international stability could be extremely serious.”

“We are prepared to do more,” U.S. Ambassador to the UN Nikki Haley warned on April 7, at a special UN session. “But we hope that will not be necessary. It is time for all civilized nations to stop the horrors that are taking place in Syria and demand a political solution.

“Every time Assad has crossed the line of human decency, Russia has stood beside him,” Haley added.

For now, discussion and negotiation between countries rests in the hands of both diplomatic communications and an ever-developing political landscape, dictated by the awful consequences of active civil warfare.

The situation with North Korea

Tensions on the Korean peninsula are at a boiling point, with North Korean missile testing ramping up while the U.S. attempts to install the Terminal High Altitude Area Defense (THAAD) system in South Korea earlier than originally planned. The system could prove to be an effective deterrent against potential incoming ballistic missiles, with a range of 200km and the capability to intercept warheads mid-flight, destroying them before reaching its destination.

“Just in the past two weeks, the world witnessed the strength and resolve of our new president in actions taken in Syria and Afghanistan,” Vice President Pence said. “North Korea would do well not to test his resolve or the strength of the armed forces of the United States in this region.”

Meanwhile, China – despite being one of the few political supporters of North Korea – has been pressuring the nation to cease its nuclear development program, even meeting with President Trump to discuss the situation. While diplomatic approaches have been attempting to maintain the peace, exchanges in official statements have been progressively more and more aggressive.

“If the U.S. is reckless enough to use military means it would mean from that very day, an all-out war,” North Korean Vice-Foreign Minister Han Song-ryol told the BBC. “The army and people of the DPRK will as ever courageously counter those who encroach upon the dignity and sovereignty of the DPRK and will always mercilessly ravage all provocative options of the U.S. with Korean-style toughest counteraction.”

Countries in the area have likewise been preparing for the possible consequences of conflict as its likelihood seemingly increases. Japan has prepared itself to receive refugees displaced by what might occur. Nevertheless, conflict avoidance is paramount for global and regional stability, with the U.S. especially relying on Chinese influence upon North Korea to cease tensions without having to come into direct military involvement.

“China has great influence over North Korea,” Trump said in an interview with the Financial Times. “And China will either decide to help us with North Korea or they won’t… If China is not going to solve North Korea, we will. That is all I am telling you.”

All information gathered from CNN, nytimes.com and npr.org