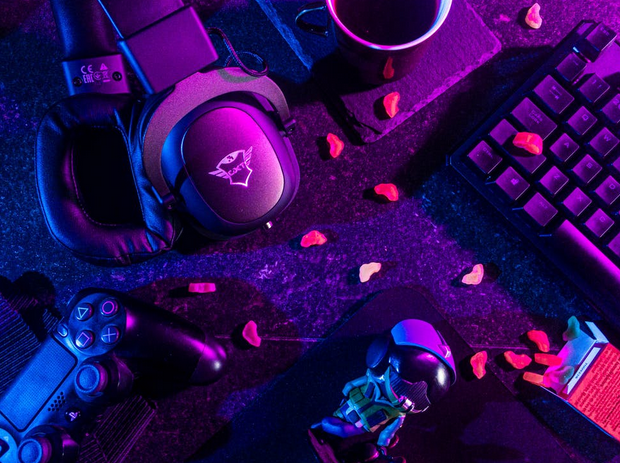 This second edition of [New] Tech brings you reviews of two of the latest games on the market: Nintendo Switch Sports and Overwatch 2 Beta. Photo courtesy of Pexels.

In this second edition of [New] Tech we cover some [New] developments in gaming, with the update and re-release of Wii Sports on the Nintendo Switch and the beginning of the Overwatch 2 Beta.

The release of Wii Sports has been long anticipated by Nintendo fans, with hopes that they would once again be able to compete in virtual sports with their friends—and Nintendo delivered.

Soccer, volleyball and badminton are all simply virtual remixes of the classic games—with different modes to compete in. Chambara is a fencing mini-game, with its own set of modes as well.

Nintendo Switch Sports also adds updated avatars to the game. Whereas the past installments of the Wii Sports series exclusively used Miis, Switch Sports adds Sportsmates, which can be optionally used instead of Miis.

Additionally, a big update to the game is the online capabilities. While previous installments were usually exclusively local multiplayer (except for Wii Sports Club), Switch Sports adds easy to use online multiplayer. Now you can face off against your friends or team up with them in soccer, tennis or badminton!

Nintendo Switch Sports Starts at $39.99, with an additional $10 if you choose to buy the leg strap (used for soccer) as well. While the game might not have as much content as other titles at that price, it provides lots of fun for parties and online multiplayer. If you’re someone who enjoys competitive multiplayer games, or you’re a long time fan of Wii Sports, this game might be worth it for you.

On Apr. 26, a select number of gamers who signed up for the Overwatch 2 (OW2) beta were sent codes and gained access to the new game. Those who got codes swarmed to social media to post videos and thoughts and those who didn’t, flocked to Twitch streams to watch the lucky ones play the new game.

OW2 has been widely anticipated since the first game’s release, it was always apparent that Blizzard, the company responsible for Overwatch, was intent on at least providing DLC or major updates later on down the line, and released what felt like an unfinished game to create hype for a sequel. Five years since that release in 2016 and we finally have a taste for the long awaited sequel, but was it worth it?

Overwatch has been a widely enjoyed game, and while it has been criticized for many reasons (not even to mention the scrutiny Blizzard as a company has been under) people still continue to flood the servers with every new update and event, and there are still plenty of gamers regularly playing. The last major update to the main game was the addition of the playable character Echo in Mar. 2020. Other than that, updates have been sparse and interest has dwindled.

But OW2 re-ignited the interest, at least for a while, with the official announcement in 2019. Fans of the game got their hopes up—only for them to be dropped again after incredibly sparse updates on the state of the game. 2021 saw Blizzard under intense pressure, as it came out that Blizzard is an incredibly unsafe workspace for women and people of color. Much of the hype for any Blizzard projects, including OW2, was killed off as the controversy left a well-deserved sour taste in people’s mouths.

Then 2022 rolled around. In March the beta sign-ups opened up, and gameplay was revealed—re-sparking a lot of the lost interest.

So what does the beta look like? Most of those who have access to the beta are enjoying it, expressing that it feels like a fresh start to the game. While the current beta is only for the player versus player (PVP) modes, player versus everyone (PVE) is hopefully soon on the way.

OW2 changes a lot of major things: for one the game is now 5v5 instead of 6v6, with a role layout of one tank, two damage characters and two supports. Games are a lot more fast-paced, and some might even say more balanced than the previous game. Tank characters have a lot more encouragement to directly engage with team fights instead of simply shielding their teammates.

Additionally, a lot of characters have had major re-works in their abilities, health and passive abilities. All support heroes now passively heal 15 health points per second when out of combat, and the character Doomfist is now a tank instead of a damage character. The game additionally has updated the looks of many characters.

The biggest set of changes however comes in the form of the new damage character Sojourn and the new game mode: push.

To those who did not receive a beta key on Apr. 26 during the initial drops, or during the Twitch drops on Apr. 27, don’t fret! More drops are coming. On May 5 at 3 p.m. the Overwatch League Season will begin, and during the live stream those who watch will have an opportunity to get a beta key.

Gamers can look forward to more frequent updates, and pro-game play of the beta during the Overwatch League Season, as this season will take place completely within the Beta.