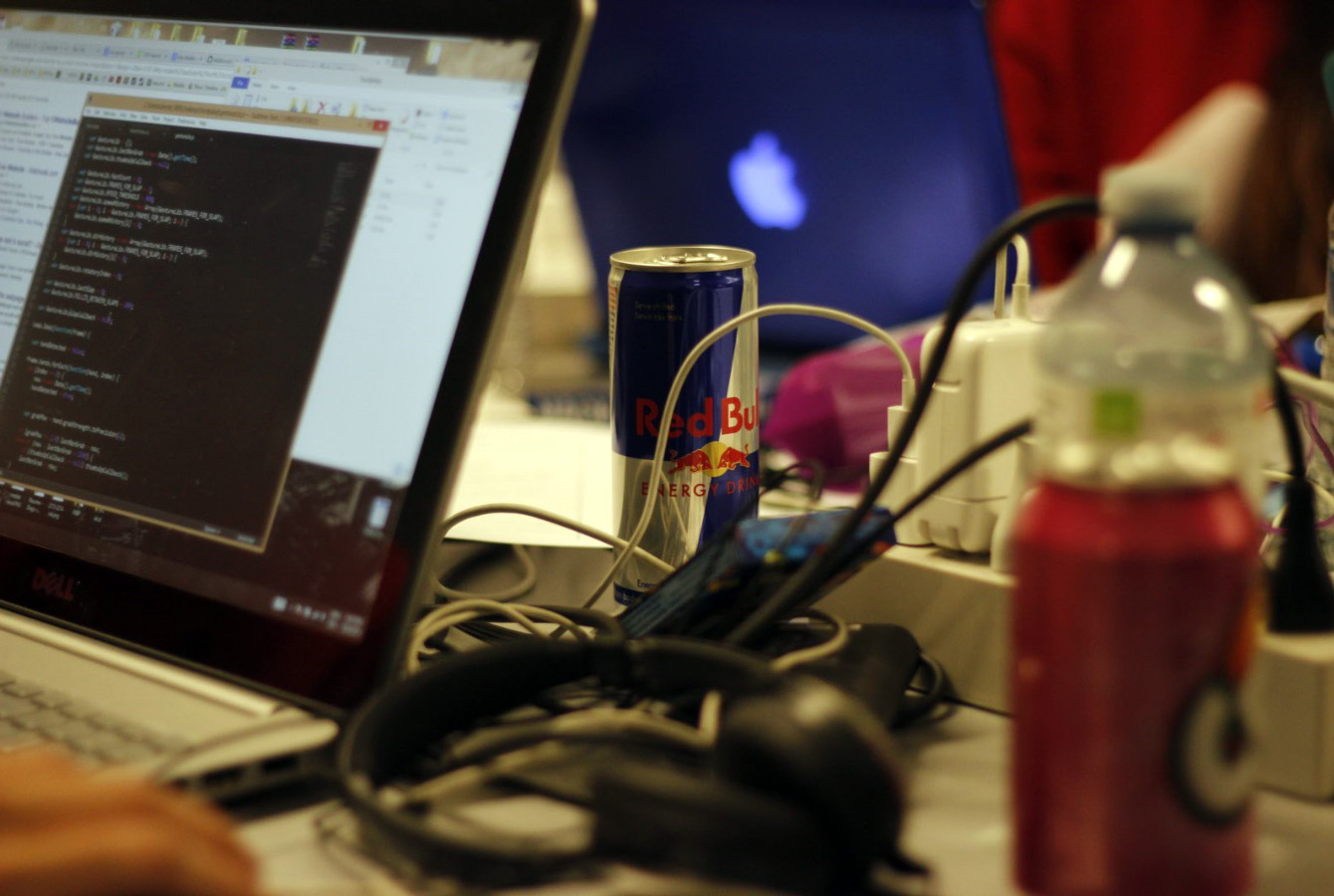 Internet safety has become increasingly more relevant over the past few years, as more and more school and work opportunities have moved online.

New College has a [New] location to get their technology news. [New] Tech will be a recurring Catalyst column featuring stories that New College should know in the realm of technology. To kick off our first edition, we are covering the best task management tools to manage the chaotic and unique NCF curriculum, and asking, how safe is your information on campus internet? Additionally, how is Valve’s new Steam Deck revolutionizing both console and PC gaming?

College of any sort is notoriously difficult to manage. Between classes, scholarships, clubs and other extracurriculars—it can be challenging to navigate how to keep track of your tasks. Most people in the modern world use some sort of task management system, and in the age of the internet there are plenty of cloud-based or digital task management tools, all focusing on different areas and working for different people. This article will highlight a couple different Task-Management (and note-taking) tools/systems commonly used by New College students. Including Google Suite Tools, Notion, Tiimo and a few honorable mentions!

Google Suite is something that most of us are likely familiar with, as Gmail is what New College’s emails are hosted through—and as students, we get premier access to Google Suit. With virtually unlimited cloud storage provided to students through Google and the school, it’s easy to see why Google’s variety of products are an easy pick for a lot of students.

Using a mix of Google Calendar, Keep, Tasks and Drive can be a great way to make a unique task management system for yourself in a relatively simple way. Keeping recurring, regular events such as classes or club meetings on separate Google Calendars can allow you to create a dynamic view of your weekly schedule. Additionally, using Google tools such as Tasks and Keep to manage smaller daily tasks can allow you to create to-do lists that can correspond with Google Documents and Calendar Events, allowing for a completely synchronized lifestyle. Tasks also allows for recurring tasks that you can mark off, and have re-appear in a week, a day or whatever repeating interval is needed.

Using Google Suite also has the added benefit of being very easy to share, and completely user-friendly. You can share any documents you may use, Calendars or specific events in order to keep other club members, classmates or even just your friends informed as to what your schedule may be.

Google Suite does have the downsides that you do have to use it in the browser, and it can be difficult, if not downright impossible, to use offline.

Notion certainly isn’t as well known as Google Suite, but it can be equally, if not more, useful. Notion allows for you to build a completely customized Task Management system. Not only is Notion good for Task Management, but it can work well for note-taking, meal planning, budgeting, project management and more.

One of the benefits of Notion is that it can really be as simple or as complicated as you want it to be. If you want something simple for listing daily tasks and working in a bullet journal fashion, it can be that. Notion can also be a main database for all of your tasks, and have them connected through smart linking tools.

Notion allows you to have a main database for every task, and also create views of those separated by projects, courses or subjects. While this is one of the most commonly used formats for Notion, those who learn how to use it effectively can really create an all encompassing task management tool and note-taking tool for their lives.

Additionally, Notion allows you to embed files and links, use equation writing formats (helpful for note-taking) and easily organize different pages and databases in a visually pleasing format.

Unfortunately, Notion does have a major learning curve—but there are plenty of helpful tutorials online that can make using Notion very simple for the average user. Additionally, you can find templates for free online for practically any purpose, which you can then add to your page and edit.

Also, Notion’s Calendar tool at the moment is not the most optimized experience. One remedy is using a separate Calendar tool along with Notion – as everything else Notion has to offer really is difficult to beat.

Tiimo is a planner app aimed at assisting neurodivergent people who struggle with executive functioning. Tiimo provides an incredibly simple layout, streamlined to keep you from getting distracted. Tiimo also allows you to easily set times for getting tasks done in different groups, allowing color coding and grouping.

As efficient and simple as Tiimo is, it is unfortunately a paid app—meaning a lot of people who could use this sort of service are roadblocked from it.

The model it provides is still fantastically simple, and as a trade-off for paying a subscription, Tiimo promises to never sell your data to advertisers, which in our current generation is incredibly important.

Overall, task management is an incredibly individual experience—one that can take a while to find a groove as to what works for you. Maybe you work best just remembering things, or with sticky notes. Perhaps you desire to create an entirely new program to manage tasks to help reconcile the issues of other systems. In any case, it’s worth doing your own research, and try out as many things as you feel comfortable with, and hey—if you find something that sticks, why complicate it further?

Campus Internet: How safe is it?

NCF or NCF Secure? That is the question, and does it really matter? If you live on campus, or regularly need to access the internet during classes, you likely have to log on to the campus Wi-Fi daily. How safe are New College students using the campus Wi-Fi, and how private is it?

It should be clear to most people that any internet usage is rarely completely private, your ISP (internet service provider), search engine of choice and whatever software you chose to use all have potential access to your files, search history and other personal information. As the NCF IT department acts as a middle man between the ISP and the users (students) at an institution, the IT department gets access to a lot of the information students and staff search for while browsing the internet. Even more so when students are logged in on NCF secure, as it provides them easy access to who is logged in and browsing.

Your browsing history is accessible to the NCF IT department, which makes sense given New College wants to ensure no digital crimes are taking place on their campus—as well as potentially protecting students from potential crimes that could be predicted from browsing history. What else the IT staff uses the browsing data for is relatively unclear. But how safe are students from other students (and maybe visitors) who are using the Wi-Fi?

Using any public Wi-Fi can be dangerous for your personal information, and university Wi-Fi is no different. While many students may like to keep on rose-colored glasses and believe that every other student is chill and well-adjusted, the fact is that people looking to get your private information lurk in plain sight. And when you are on a publicly accessible network, it’s very easy for hackers to obtain your data and do whatever they want to do with it.

With the majority of students regularly relying on campus internet, it’s a good consideration for students to get a VPN (virtual private network), which allows students to continually browse privately and protect their information from prying eyes—including websites looking to sell your data, those who run our public Wi-Fi and hackers who lurk in public areas.

The Steam Deck is revolutionizing the console world

Valve Software has consistently been known to bring revolutionary new software, hardware and games to the gaming industry. A company which prides itself on its uniqueness in both what it produces and the structure of its workplace, it’s no shocker that Valve would be the ones to bring something truly new to the PC gaming world. The Steam Deck began shipping out late February to those who pre-ordered the console, and although most people have still not received their Decks, the reviews have been incredibly positive thus far.

Valve officially announced the Steam Deck in July 2021 after months of rumors relating to the console.

In layman terms, this means it is a very powerful piece of hardware for such a small size—being only slightly larger than the Nintendo Switch OLED edition. It is also more powerful than the Switch and not only has a much more expansive library, but can handle running a lot more intensive games. Additionally, the Steam Deck comes at multiple, varied price points depending on the amount of storage you want your Deck to come with on delivery.

Of course, as implied with the console’s name, the Deck comes with the possibility of running a large portion of Steam’s game library—and those who are already active Steam users on their PC will gain access to their Steam library, complete with cloud sync of their games. Meaning, gamers can easily switch between playing games on their Deck to playing on their PC with very little effort.

The Steam Deck seems to have a hidden goal, which if Valve can successfully pull it off, will be revolutionary for PC gamers. First off, the Steam Deck runs on a modified version of Arch Linux—meaning that while it is a tool for “PC Gaming,” it’s not going to use the traditional Operating System most gamers use on their personal computers. Likely, if you’re a huge gamer, you’re probably using Windows 7 or beyond—a Microsoft product.

Microsoft, for those who don’t know, has a huge monopoly on the gaming industry—either owning or having huge stakes in many major game development companies. Microsoft also has a monopoly on hardware and software, and XBOX continues to be a major player in the console world—one with a considerable amount of exclusive games. In PC gaming, most games not only run on Windows, but a lot of them will run best or exclusively run on Windows. Obviously, this means those who enjoy gaming on their PC have very little choice in what hardware and software they can use.

Valve is trying to change this, by bringing an easily accessible version of Linux into the homes of gamers. Not only will this allow gamers to get a taste of a fresh operating system for PC gaming, but it will also allow Valve to continue testing their software Proton. Proton is working towards allowing gamers to play any Windows game on Linux, and making it as simple as hitting the play button. By allowing more people to try out Linux easily, and providing them with easy ways to play their favorite games via Linux, this is a great step in allowing gamers much more freedom in what software and hardware they chose to use.

Valve seems to be aspiring towards a future where gamers can use any operating system they choose, including any of the many Linux distributions, and still play all their favorite games. An honorable goal, to provide gamers with freedom of choice, in an industry plagued by greed and monopolies.