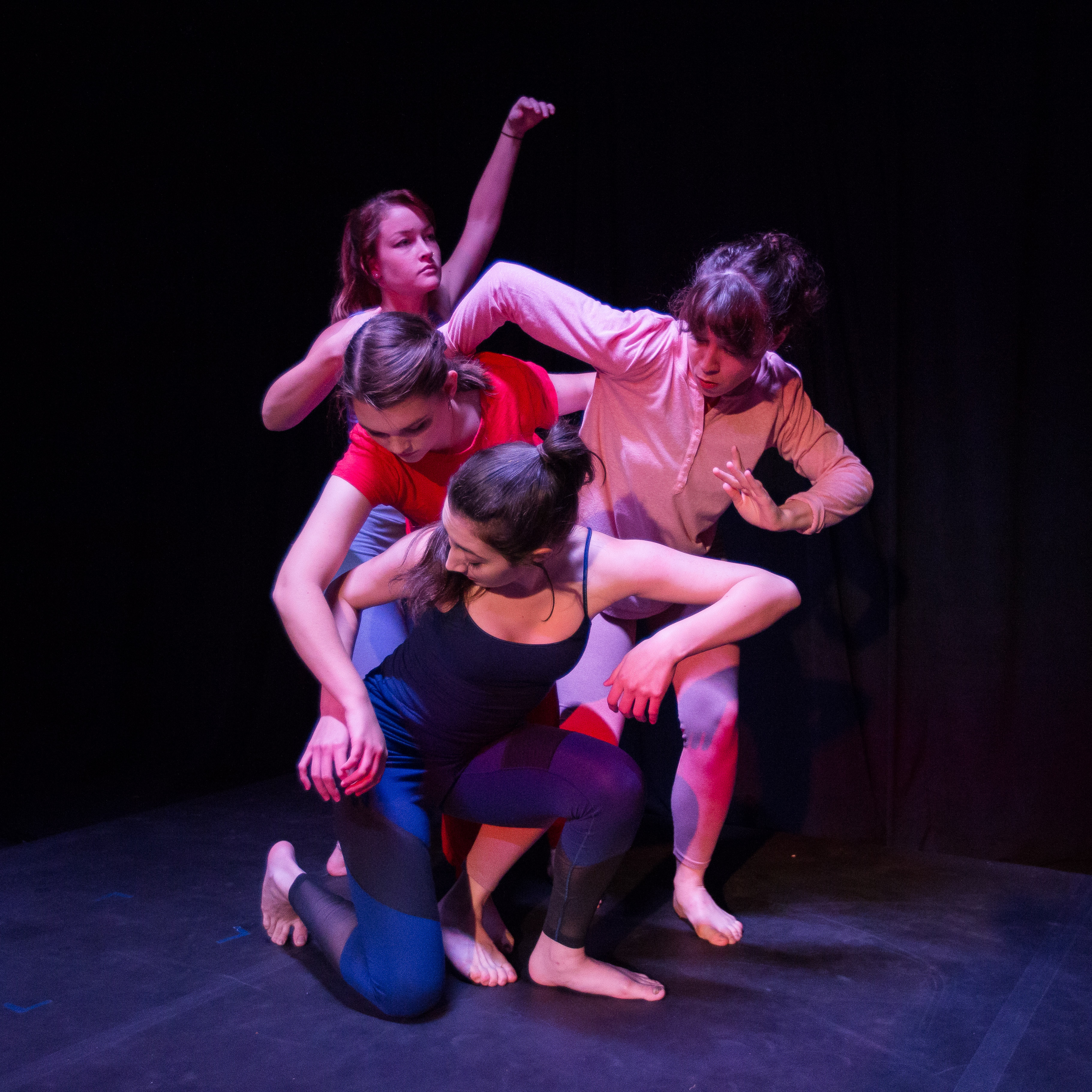 Where can you watch musicians play laser harps or watch Provost Stephen Miles smack himself under a spotlight? There is only one answer: a New Music New College (NMNC) concert. The concert series has long been a laboratory for avant-garde and experimental musical performance since it began in the 1998, extending to the most recent installment of the season, Dis/Embodied.

The concert, which had three shows between Nov. 17 and 19, explored the process of making music in relation to the body. Provost Stephen Miles performed the first piece, ?Corporel by Vinko Globokar, which was written for a percussionist who performs on their own body. For each of the three shows, Miles sat shirtless on the stage of the intimate Black Box Theater slapping and pounding his body from his head to his feet creating a variety of percussive sounds which he matched with hisses, grunts, whispers and theatrical facial expressions.

“All of these works are as concerned with bodily movement and facial expression as with vocal sound,” Miles wrote in ‘Notes on Dis/Embodied by Stephen Miles’ which was published in the program for the concert. “[The] piece is notated like a conventional percussion piece, though instead of a battery of drums, cymbals, and the like, the score indicates precisely where and how to strike specific parts of the body, and how to produce a variety of vocal sounds. […] Though ?Corporel is experienced as theater, its thorough going musical structure resists narrative interpretation.”

The second piece was a solo dance performed by Xiao-Xuan Yang Dancigers, a contemporary dancer who has worked with Sarasota Contemporary Dance, the dance company of Leymis Bolaños Wilmott, who is a Professor of Dance and Artist in Residence at New College. Yang Dancigers is also connected to the campus community through her husband, Visiting Assistant Professor of Music Mark Dancigers, who left last semester.

The audio consisted of an experimental electronic music track by composer Luciano Berio entitled Thema which featured a distorted, disembodied voice reading passages from Ulysses. Yang Dancigers’ dance, entitled Signal, can be seen as an embodiment of this disjointed audio.

“I spent about two months to choreograph these six minutes,” Yang Dancigers said. “Every time I listen to the music I hear more possibilities. Contemporary dance is about freeing your mind and giving yourself more space to create and put more of your imagination in it. My dance doesn’t just have one meaning. Art can have so many meanings and I give that back to the audience.”

The third piece was a composition entitled Dum by Roger Marsh which was performed by New Music New College Producer Ron L. Silver. The performance was a torrent of percussive sounds including shouting and whispered phrases, banging on wood with a hammer, hitting a gong and throwing nails in a metal bucket.

“The primary material of Dum is language, excerpts from a wide range of [literary] sources,” Miles wrote. “These texts are then fragmented and rearranged in a myriad of ways, resulting in a composite text that is at times fully understandable and at other times baffling in its phonemic combinations. Our human drive to hear meaning is confounded by a musical preference for sonic manipulation.”

Between the three main pieces were performances by students.

“Last spring I approached Mark Dancigers, who was teaching Electronic Music here, with the idea that maybe his students could create works that could be incorporated into this program,” Miles said during the pre-concert talk before Saturday’s concert. “At the same time I approached Leymis Bolaños Wilmott if she would be able to work with students to choreograph works for these pieces.”

The student dancers, made up of thesis student Allie Stachura, first-year Lily Tanner, third-year Eugenia Titterington, third-year Jim DePriest and second-year Laila Kalantari, who worked with Bolaños Wilmott during her fall course “Awakening Your Dance Performance” were shown videos of previous performances of ?Corporel and Dum and encouraged to incorporate thematic material and gestures from those pieces into their dances.

“I think that that requires enormous creativity and to do that with others adds another element of collaboration,” Miles said. “I’m excited to see how this experience will affect them whether it’s late in another arts experience or something totally unrelated to the arts.”

“The kind of experience these students had is one that we would want for all of New College students,” Miles said. “All the senses were involved which means that the learning was very deep. There is an honest that comes from embodied learning because it’s more than just an idea that you might be postulating.”

Opportunities for this kind of embodied learning may be more common as the arts programs at New College grow. The Florida State University System Board of Governors unanimously approved New College’s growth plan last year, providing $5.4 million for the first phase of the plan. Some of this money will go towards hiring three new positions in the arts which will be filled next year–a Digital Media Artist, a Theater Director and a Dance Coordinator.

“We really want to see the arts at New College spread, to give students more opportunities and because of the funding which we received from the State to grow by 50 percent in a fairly short period of time, we’re hiring new faculty,” Miles said. “I’d like you to consider tonight a foretaste of the kinds of things we’re going to be seeing at New College a lot.”