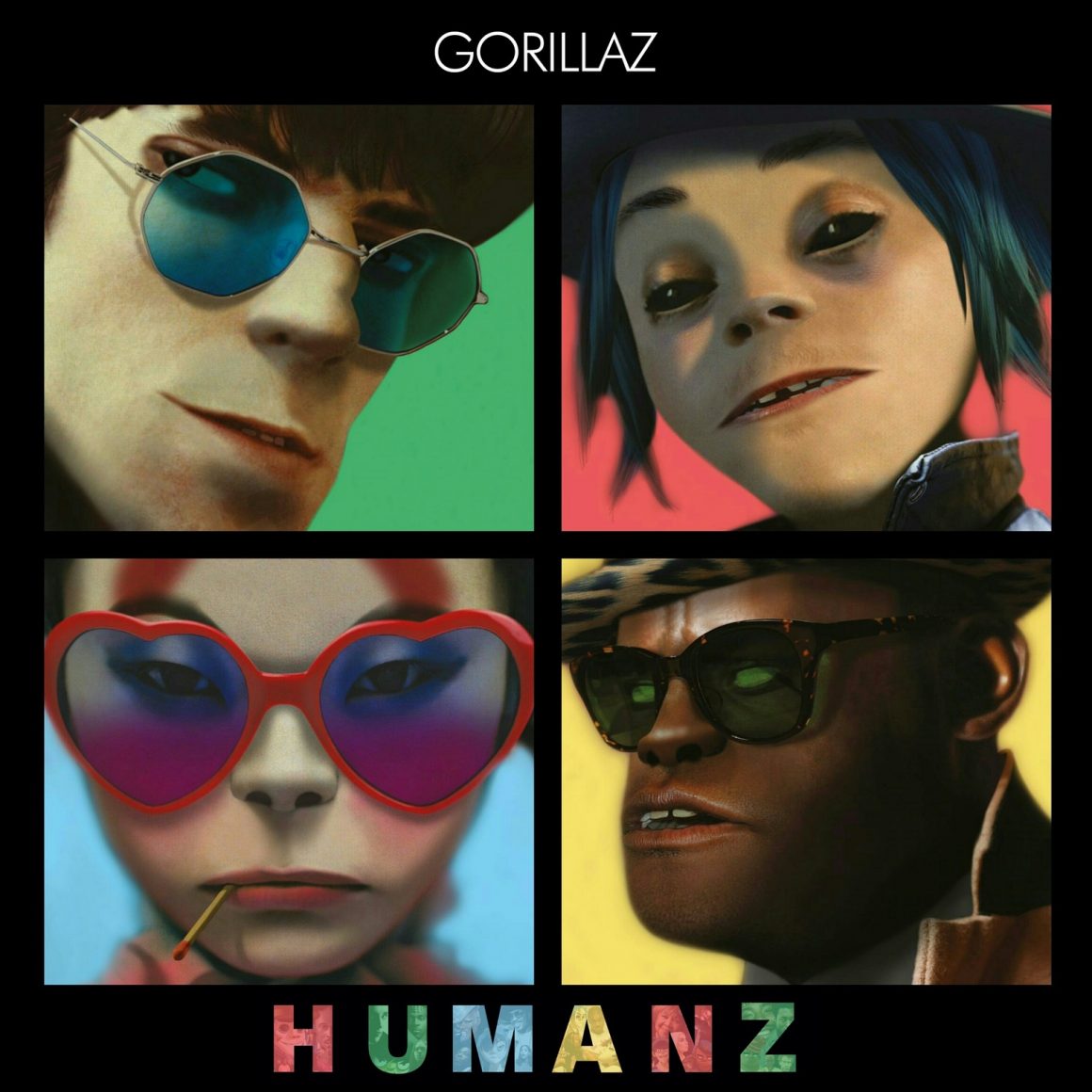 Gorillaz’ new album is an apocalyptic dance-party playlist inspired by the catastrophic doomsday reality we are now experiencing caused by the new presidency. “Humanz (Deluxe)” runs 26 tracks, six of which are interludes less than a minute in length, with the most guest appearances and features of any Gorillaz project. A whopping total of 24 collaborators make up more content in the album than even the Gorillaz contribute themselves, with Vincent Staples, Danny Brown, De La Soul, D.R.A.M., Popcaan, Kelela and Benjamin Clementine.

In an interview with BBC Radio 1, Damon Albarn, frontman of Brit-pop band Blur and creative force of Gorillaz, is quoted:

“The album came from this dark fantasy that came into my head the beginning of last year, which was imagining the weirdest, unpredictable thing happening that changes everything about the world. How will you feel on that night? How will you go out – will you get drunk, will you stay at home, watch TV, talk to people? I suppose we were imagining Donald Trump. The album’s not about Trump at all, but it was imagining that happening, in a way, that was our dark fantasy.”

“Humanz” is strewn with sociopolitical and practically philosophical lyrics all throughout and surely emphasizes a dark, twisted energy while still keeping a fast beat and dynamic sound in most of its songs. The album sounds like an intergalactic rave of sorts, with the features running the show racing from track to track and 2D – the virtual band’s lead singer – simply adding lines here and there in every song. Still, those lines are some flavorful contributions to the melodic realm of the album.

Only one song, “Busted and Blue”, is purely Gorillaz and it’s the slowest most melancholic love tune in the entire album. Almost like another “On Melancholy Hill” from their previous 2010 “Plastic Beach” album. The vocals have always been my favorite aspect of this group and in “Busted and Blue” the voice seems distant and muffled as if 2D were floating in space, then in the chorus there’s angelic female backup vocals that only add to the spacey feel of the song.

“Let Me Out” is the most blatant example of the doomsday mood as it continuously and eerily whispers the title of the track and has powerful lines by Pusha T like, “Tell me there’s a chance for me to make it off the streets/ Tell me I won’t die at the hands of the police/ Promise me I won’t outlive my nephew and my niece/ Promise me my pastor isn’t lyin’ as he preach”. The album’s conceptual aim can be summed up with the last lines of the chorus, “Change is coming/ You’d best be ready for it”.

By far my favorite is “Hallelujah Money” as Benjamin Clementine speaks in poetic riddles as though a prophet is teaching humanity about our incessant obsession with money that has detached us from living fully alive and being human. Or at least that’s what I got from it. Yet what get’s me most is the simple Gorillaz segment of the song that’s a series of profound questions, “How will we know/ When the morning comes/ We are still human?/ How will we know?/ How will we dream?/ How will we love?/ How will we know?”

As sporadic the ordering may seem I believe it’s done artfully and purposefully as a parallel to the unimaginably frenzied environment we humans are now finding ourselves in. It’s a time to redirect ourselves and forge new frontiers. We need to “love each other no matter what happens” as the chant-like anthem “We Got the Power” proclaims.