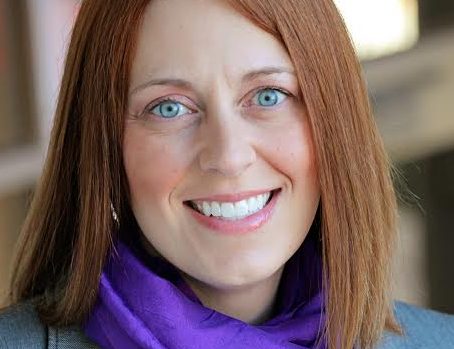 Robin Williamson, our new Dean of Student Affairs, wants to meet every single student at New College before the end of the school year. Williamson has three tattoos, regularly eats in Hamilton “Ham” Center and attended the Towne Meeting this past Sunday. She believes in taking the time to acknowledge people and does this specifically by pausing to talk to toll booth workers when she drives over the Skyway Bridge.

In an interview with the Catalyst, when asked what led her to a career in Student Affairs Williamson replied, “Organic chemistry.” After a difficult semester of questioning her pre-med track at Loyola University Chicago Williamson approached her hall director who asked if she had ever thought about Student Affairs. She had noticed that Williamson was very good at interacting with her peers and had a knack for working with college students in her work-study job. Ever since that fallout with organic chemistry Williamson has known that her passion lies with working with college students.

She calls it “the best job in the whole wide world.” She said, “My guiding value in working with college students is about helping you become the best version of yourself. That doesn’t mean you’re perfect, it doesn’t mean that I’m perfect, it doesn’t mean that life doesn’t get messy or that bumps don’t happen along the road but it’s really about helping you figure out who it is that you want to be and who you’re meant to be. And giving you the tools and the skills in order to do that and be that and celebrating that every step of the way.”

Williamson added that her time at Loyola Chicago broadened her perspective on the world.

“I got to be heavily involved with volunteering with homeless populations in the city of Chicago, which was really powerful and really informative about my worldview, but also my passion for women’s issues and social justice.” Williamson said.

Before arriving at New College, Williamson worked at Texas Christian University (TCU) for 15 years where she was hired as the first full-time Director of Community Service.

“I have a heart for volunteerism and social justice so that was a really wonderful opportunity.”

Williamson said that both TCU students and New College students are passionate about their institution and passionate about contributing to the world in a meaningful way. “What I have perceived from my time here is that people genuinely care about each other and they want people to feel supported and to feel safe and to know that they are valued and that they matter,” Williamson said. “That speaks to a lot of my core values and beliefs and so for me it’s been really exciting to join this community and be able to continue that kind of work.”

Williamson mentioned that something that has surprised her since coming to New College is that people often seem surprised when she says hello to them on the overpass. She also reported that she has noticed people seem shocked by her loud laugh, especially students who were eating near her one afternoon in Ham Center.

Williamson’s favorite things about New College so far are the students and the staff. “Working with college students, I don’t feel depressed or pessimistic about the future because I get to work with these amazing young people that have these wonderful ideas and feel like they can contribute,” she said. “They want to make a difference and for me that is so incredibly rewarding.” She added that it has been inspiring to see how invested the staff are in students’ education and futures.

“What really touched me was how, from students all the way through President O’Shea, people were just really proud to be part of New College and really wanted to contribute in meaningful ways and wanted to elevate the student experience,” Williamson said in reference to her impressions after visiting the campus in May.

When asked if there is one thing she wants the student body of New College to know, Williamson responded, “We [Student Affairs] want students to be successful. We want students to know that they matter. We want students to know that Student Affairs is here to be a source of support and guidance and assistance and celebration and appreciation and fun!” She added, “I’m really looking forward to a great year…and investing in what’s already here that’s great. There are many things here that are great. And how do we think differently about the things that are not so great. Because you deserve great. And that’s what we’re going to try to do.”

Williamson plans to meet with a group of students and talk about the New College student experience and how students and administration can better work together. She sent out an email on the first day of classes asking students to volunteer to join a group of students that will meet with her regularly to talk about student life here at New College and how they can build community together. She reported that they will begin meeting sometime after Labor Day and that the group is still open to students who want to be involved.