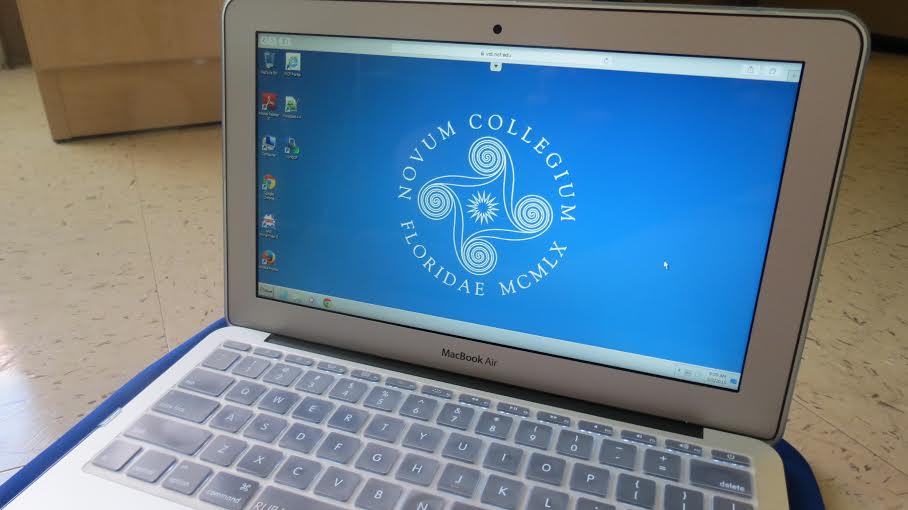 For all those who were wondering, the New College Information Technology (IT) department does not operate like the United States’ CIA and NSA. Instead, it protects the community from malicious outside software and helps both students and staff with their own defective computers.

Ever since Edward Snowden showed the world that the National Security Agency (NSA) was either actively or had the potential to look at any human’s internet activity, the fear of Big Brother intensified. Big Brother, or “BB,” was famously coined by George Orwell in reference to the infamous all-seeing, all-powerful authority of the federal government. Some students at New College have taken an interest in the shadow surveillance-state which lurks behind the screen.

“​I look at some freaky shit so hell yea I’m concerned about it,” thesis student Hunter Osking wrote in an email interview.

Joint efforts between Federal government agencies and major internet service providers perform inappropriate surveillance on mass telecommunications networks. Though nothing like these federal entities–except that they all use computers a lot–New College IT does fall within Federal agencies’ and law jurisdictions.

“I respect everyone’s privacy, not just students [but] everybody as a whole,” Director of Network Service and Infrastructure Ben Foss said. “It’s not IT’s job to investigate, that the police’s job. Our job is to make sure you have quality and reliable services that are secure and just work.

“Certainly if Student Affairs came to us with the backing of campus police, we would do everything legally we could.”

Foss continued that while they are obligated to report illegal activity like “peer to peer downloading or other Digital Millennium Copyright Act (DMCA) violations, we are not in the game of censorship, we don’t look at the content of any email messages or instant messaging–though that is not to say the data is not there. If there was a subpoena we would be obligated to give the data to the authorities.”

As the IT director, Foss “oversees all IT related infrastructure [including] telecommunications, network connectivity, both wireless and wired, all the security, servers and storage – academic as well.”

“We use a variety of tools – firewalls, access control lists, intrusion prevention systems. For college-owned computers we have endpoint protections such as data loss prevention, antivirus and anti-malware.”

The IT department can help with student or faculty computer problems too.

“We don’t want to do anything to void a warranty, and in those instances we will refer you to the manufacturer,” Foss said. “We help with virus removal or file recovery if the hard drive goes bad, especially if it’s during thesis time – and certainly we help getting folks onto the network.” IT also gives network users good advice against computer infection.

“One of the most vulnerable areas that any business, college, or home user has is themselves, and [the New College IT department] has security awareness training that all staff and faculty are required to go through–[where] there is emphasis on phishing attacks. Foss reiterated that typically personal information is maliciously taken via socially engineering, or tricking people into giving their own information themselves. [These days] You read a lot about these sophisticated hackers, but really most attacks stem from a cleverly crafted email with a link in it.”

Students can ask IT questions about their devices in person or through email, though no work study positions are open in this department as of now.

“So far we have not heard that we will get any for this year,” Network Administrator Alex Kostova said through email.

“There is always the question on if, or when, we will get funding for said positions,” IT Network Administrator Robert Constant recalled. “In my four-plus years here I have seen two student workers through the work study program.”

While it is unknown by the IT Network Administrators whether there are funds for work-study there, the opportunity would no doubt be a great asset to students interested in computer networks.