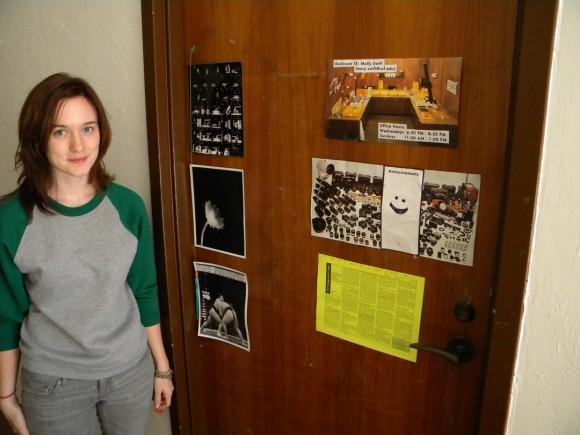 The darkroom has six enlargers, or devices to aid in the development of film negatives, for use.

Nestled in the back corner of Hamilton “Ham” Center lies one of New College’s best kept secrets: a photography darkroom that is open for student use. The darkroom offers chemicals and paper for students to turn their simple black-and-white negatives into stunning images as well ask workshops to master various arts of development.

“The darkroom offers several different enlargers that you can use,” third-year and darkroom TA Molly Swift told the Catalyst. “You can come for any workshop, which I’ll provide the paper for. You have all the chemicals you need to process your film or your paper. I am selling film and paper and then plastic archival [sleeves] to keep your paper fresh. [The darkroom] is also a forum for people to talk about photography. I’ve been sending out a lot of mass e-mails and hopefully some more people will suggest workshops.”

Swift offers tutorials on how to use the darkroom as well as various workshops on different developmental techniques.

“A couple that I’m interested in now are cyanotypes and double exposures,” she noted. “[Cyanotypes are] an old method of basically making photograms, which are images made by shining light directly onto objects that are on light-sensitive paper — only this method can be on most papers and fabrics and it comes out a cyan or blue color. We might do something with the camera obscura over by the Four Winds,” she noted. 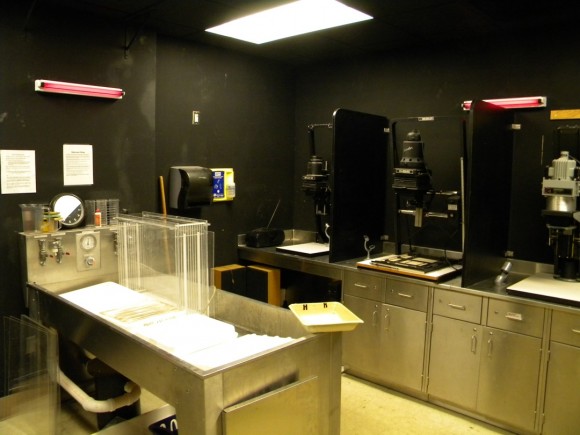 The interior of the darkroom, which stays dimly lit during the photo development process.

Luckily for students, the darkroom is free for open use, unlike in previous years where interested students had to pay an entrance fee. “You can come in and use it for nothing,” Swift said. “You will need to provide your own paper — unless it’s through a workshop that I am organizing. Paper is kind of expensive and that’s why it’s not available this year for free like it has been in the past for those who paid fees for the darkroom.”

The chemicals used in the darkroom are funded by the New College Student Alliance and only black-and-white film can be developed in the darkroom. The darkroom has space for six students to work at any given time, but Swift said that usually only one enlarger is in use — if that. 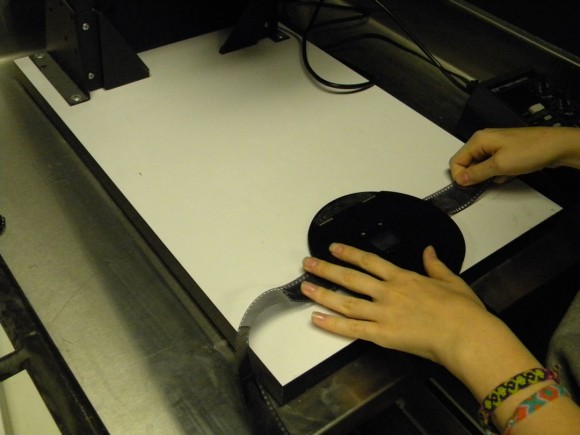 Swift demonstrated how film negatives are wrapped around these spools prior to their development.

“I understand that people are really busy and that a lot of people probably came here just knowing a little bit from high school — if they’re interested at all,” Swift explained. “Maybe it’s just intimidating, but I hope that it’s not! I’m trying really hard to write friendly e-mails and to be very accessible to people. But New College is intense and photography just doesn’t seem to be funded nearly as much as other programs.”

Swift said that the darkroom currently has one camera in its possession that can be lent out to students who are interested in learning how to develop film but do not have access to one that uses film.

“I’m always in the process of looking at Goodwill and on Craigslist for 35 mm cameras,” she described. “If anyone were to want to rent a camera from the school, we could wait until the other person who has the camera out returns it or until I can acquire a new one and make sure that it works. Then, I can lend it out for the rest of the semester — or whole semester.” 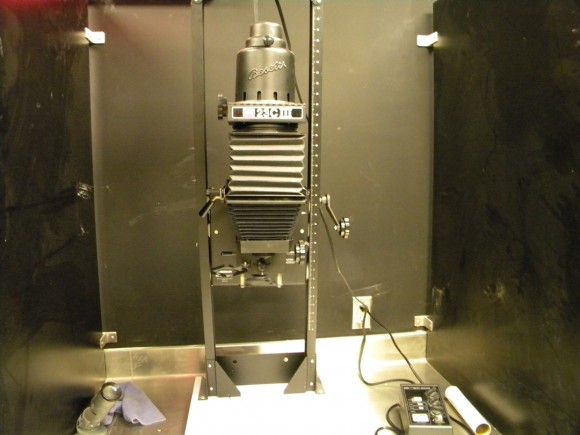 The darkroom has six enlargers, or devices to aid in the development of film negatives, for use.

While students are welcome to use the darkroom during her office hours, they must contact Swift ahead of time to be able to use it after hours. “To be on the list at the cop shop to get the key, a student needs to e-mail me or come to the office hours to show that they have some basic darkroom knowledge,” she explained.

“I am willing to work with anyone one-on-one,” Swift concluded. “Don’t be intimidated!”