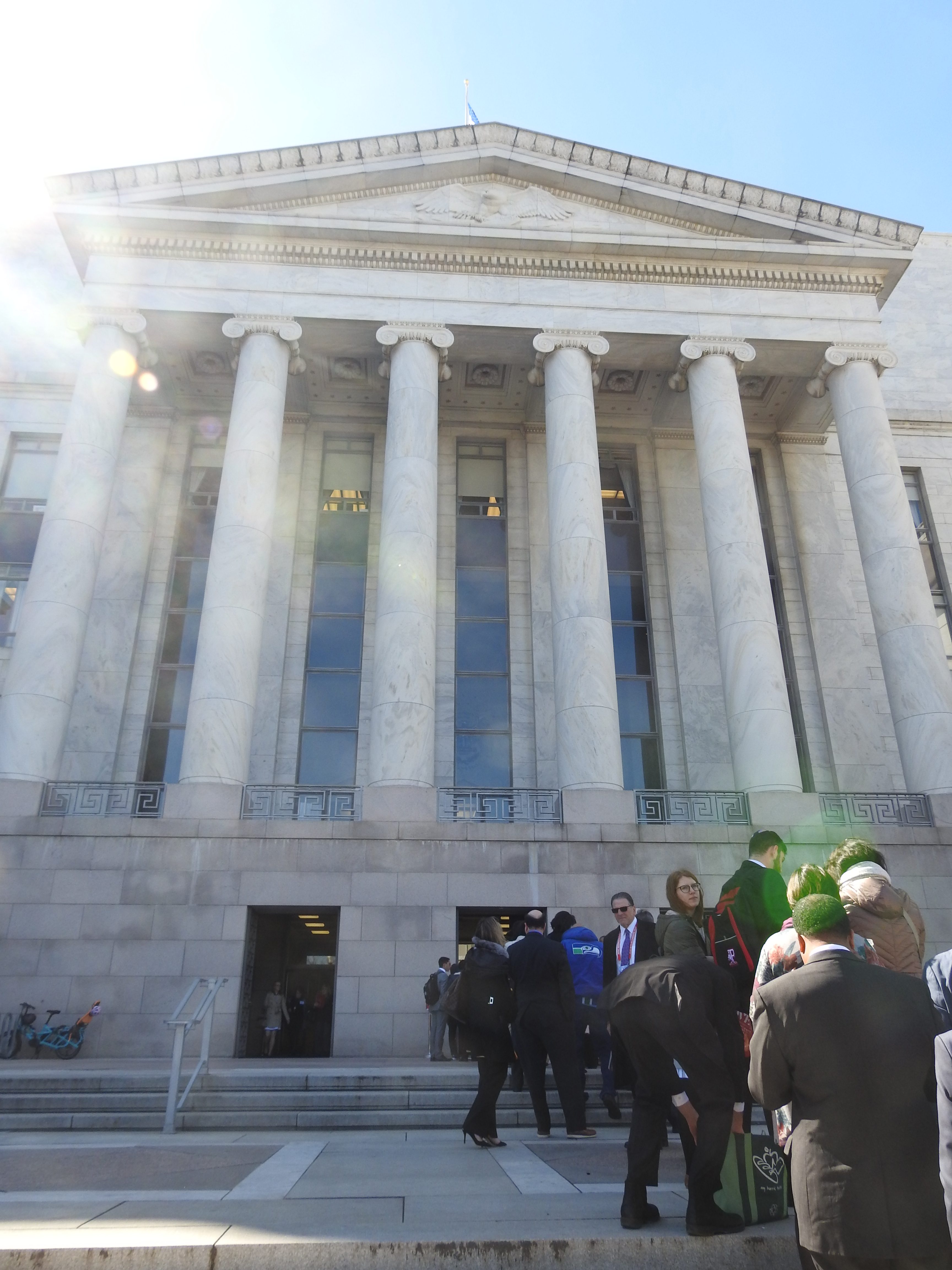 As congressional representatives debate appropriations bills, the humanitarian crisis at the U.S.-Mexico border remains a budget dilemma. Last year, Immigration and Customs Enforcement (ICE) detained a record number of undocumented immigrants, holding an average of more than 42,000 people in custody per day. According to NPR, in March 2018, Congress granted $1.6 billion to the Trump administration for border funding. During Spring Lobby Weekend in Washington D.C., the Friends Committee on National Legislation (FCNL), a nonpartisan Quaker lobby group, trained over 500 young adults on how to effectively push for immigration reform. On Tues., Mar. 26, a New College of Florida delegation led by thesis student Katie Thurson braved Capitol Hill to urge Florida representatives to decrease funding for ICE detention centers and instead invest in community-based alternatives that keep families together.
Founded in 1943 by the Religious Society of Friends, also known as Quakers, FCNL has operated for over 75 years to advance peace and justice. FCNL facilitates various young adult programs, including an Advocacy Corps, a Young Fellows program and summer internships. Moreover, every year, FCNL hosts Spring Lobby Weekend, a four-day conference that provides youth the opportunity to meet with their representatives and discuss pressing national issues. This year, the conference focused on helping attendees learn how to lobby for legislation that protects the rights of immigrants, refugees and their families.
A delegation of four New College students made the trip north to attend Spring Lobby Weekend. Thurson, an FCNL Advocacy Corps member, promoted the conference on campus and coordinated meetings.

On why she felt it was important for young adults to lobby their representatives, Thurson emphasized the need to advocate for those without a voice. “There are families being torn apart,” Thurson said. “There’s a moral imperative that’s asking you: when this was happening, what did you do?”

Further, Thurson believes that regardless of one’s academic or personal interests, one can find a connection to the American immigration dilemma. “Immigration is a multifaceted issue,” Thurson said. “If you care about kids, there’s something for you to do. If you care about healthcare, there’s something for you to do. If you care about civil liberties at all, there’s a piece of the immigration discussion that you can connect with on a personal level.”
Another New College lobbyist, thesis student Rozana Jaber, expressed her concern for migrants subjected to inhumane treatment and long periods of detention. “We want to make sure migrants get their rights,” Jaber said. “Even if they don’t have papers or overstayed their time, it doesn’t mean they should be treated in such a way.”
The conference included several events to prepare attendees for their meetings on Capitol Hill, including panel discussions with experts on immigration policy and congressional staff. Featured speakers included Mary Small, policy director of the Detention Watch Network, and Lilian Serrano, chair of the San Diego Immigrant Rights Consortium. Workshops were also held throughout the weekend to provide additional support for first-time lobbyists and inspire attendees looking for more ways to advocate for immigration reform. “A Case Study on #Free21Savage: Pop Culture and Advocacy,” a workshop facilitated by Define American, challenged the audience to consider the impact of social media on immigrant narratives in the U.S.

“Learning how to tell your story is important,” thesis student Carolyn Beer said. “It’s intimidating to go in when you don’t know what to say. It’s helpful that FCNL trains you to think about why the issue is important to you, know where your representatives stand and get your message across well.”
On Lobby Day, after breakfast and a brief meeting at the Lutheran Church of the Reformation, the New College students walked to the House of Representatives and Senate office buildings for their appointments with the staffers of Rep. Vern Buchanan and Sens. Marco Rubio and Rick Scott.

“It’s unfortunate that we couldn’t meet with the representatives,” Jaber said. “However, the staffers were all nice. They listened to our opinions, they took them into consideration and they weren’t aggressive in their speech at all. I’m happy that we made our voices heard.”

During the discussions, the lobbyists shared personal stories, cited statistics and urged their representatives to allocate funding toward Spanish and indigenous language translators, healthcare services and expanded oversight. Further, the students noted that the Federal Emergency Management Agency (FEMA) budget cuts to support ICE would be especially detrimental for Florida during hurricane season.
“I’ve been surprised,” Beer said. “When we met with them, they took notes and that shows me that they might not have heard that [information] before, which also shows me that this trip was worth it. It’s important to build a relationship with your public offices.”
Although most of this year’s Spring Lobby Weekend attendees will be graduating in May, the thesis students hope that New College students will continue engaging in lobbying efforts with FCNL.

“Lobbying is so important,” Thurson said. “Being able to talk to people and be an advocate gives you good life skills. There are also many professional development opportunities.”

“I think that more people should go,” Beer said. “This is a great opportunity for comprehensive lobby training. If you are reading this now, you should apply for financial aid to attend next year.”

Information for this article was gathered from cnn.com, npr.org and www.fcnl.org.