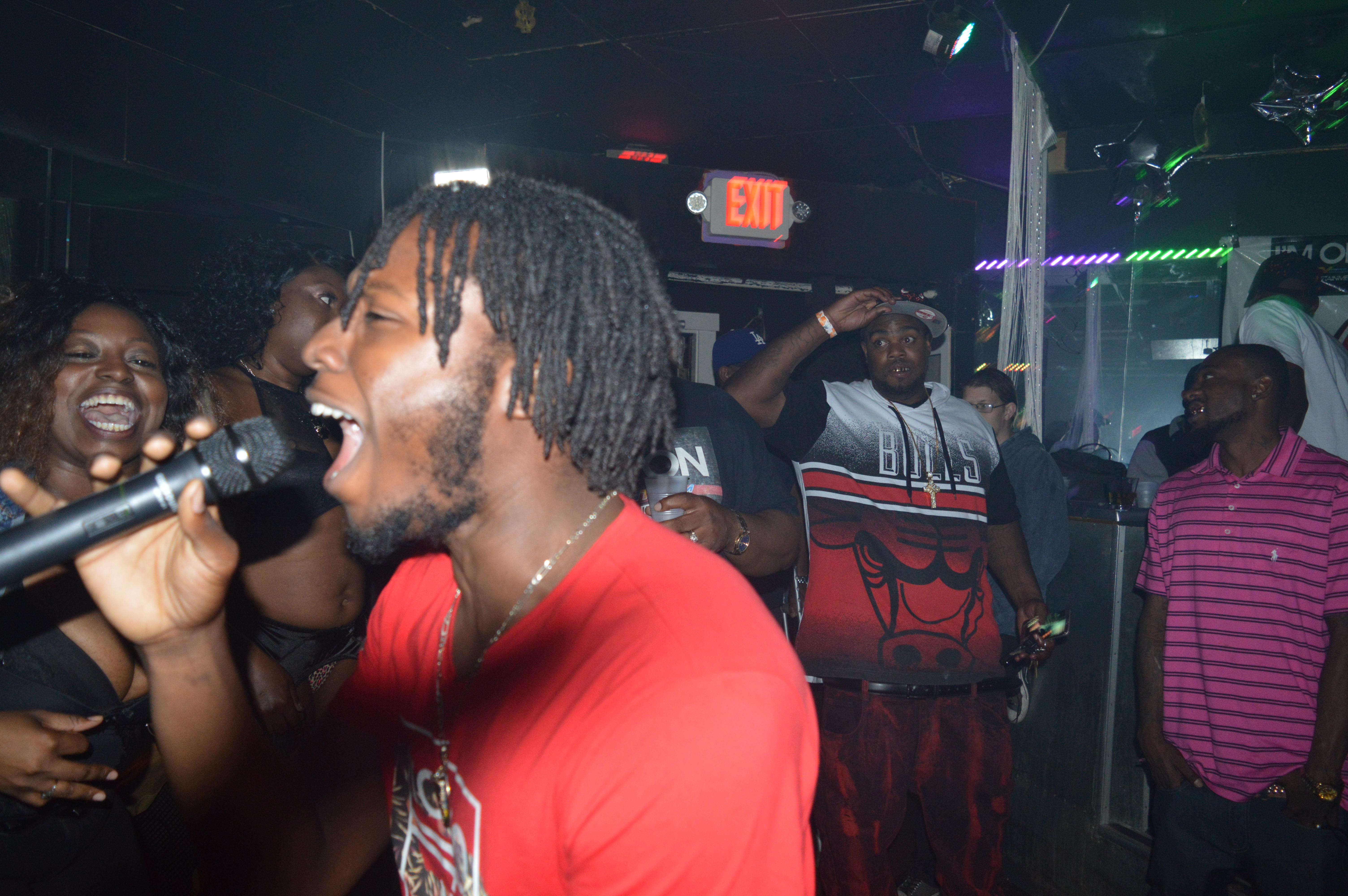 The competition took place in an intimate venue that allowed attendants to cheer on each competitor.

“After seeing how hard the students worked last semester and how impressive their work was, I talked to them about a composition tutorial to complement the freestyle tutorial,” Shaw wrote in an email-interview.  “They have exercises and assignments, but their major project for the semester is a collaborative mix-tape.”

The club, located at East Hillsborough Avenue in Tampa, invited amateur performers to compete, one-by-one on Thursday, April 6. The event began at 12:30 a.m. and continued well into the next day before the winner was announced.

Iton, who went by his stage name, Irie Givens, at the event, was the youngest competitor. Iton was fourth to perform in the intimate venue, where audience members could stand around all of the hopeful rappers, cheering them on. Some would yell and encourage the individuals on, while others would grab mics and serve as a hype team.

Iton found out about the competition after having attended a previous freestyle competition. The winner of this competition at Goodies is set to perform as the opening actor to famous rapper, to be decided.

“Miles and a few others from the tutorial performed at a rap-battle in Bradenton two weeks ago – I went to be supportive and help get some video,” Shaw said. “When we arrived, they announced that the winner would go on to perform in Tampa, and the winner there would get the chance to open for a national act. When Miles won, I promised him a ride and wanted to see it through.”

Although Iton did not win, the sheer amount of those who came to support him was, in itself, inspiring. Also in attendance was the faculty-sponsor of the Freestyle & Floetry tutorial, Professor Carl Shaw, as well as New College students, who came to support Iton.

“There is so much camaraderie and support,” Shaw wrote. “And to watch all of Miles’ hard academic work manifest in this way is pretty amazing, especially after his successful talk at the Allen University Hip-Hop Studies Conference the day before.”
More information about Goodies Gentlemen’s Club can be found on their website and Facebook page.