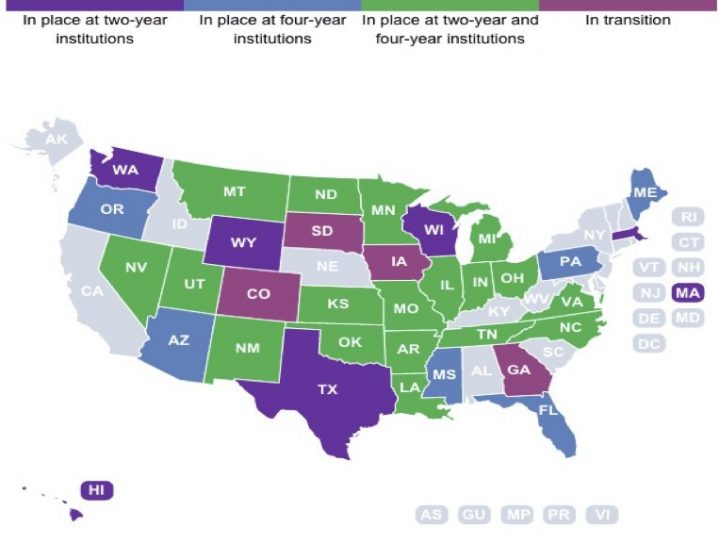 The BOG adopted performance based metrics after deciding that they were a growing and inevitable trend.

Last year, New College lost $1.8 million in funding following a low score on a performance-based metric system devised by the Florida Board of Governors (BOG). After a successful six-month performance improvement plan designed by the school in conjunction with state standards, New College has earned back $540,000. This will allow the school to cut back on the use of reserve funds and offers a promising outlook at funding for the future.

On a scale of 50 points, 26 points were required to pass the metrics; New College received 25. The lowest three performing schools, regardless of score, would be denied any funding; New College fell into that category. John Martin, vice president for finance and administration, worked with President Donal O’Shea and other administrators to negotiate with the BOG in order to save the school’s funds. The BOG agreed to hold back the funds of the three lowest-performing schools and allow them a chance to create a plan and potentially get back all their funding.

“I hate that term, lowest performers,” Martin said. Since then, the school constructed a year-long performance improvement plan, with a stipulation that the BOG would look at performance improvement midway through the academic year to evaluate the possibility of returning half of the budget at the end of December. To cope with the loss of $1.4 million in the operating budget, New College began drawing on cash reserves, rather than making budget cuts. Although relatively risky, administrators believed that the possibility of restoring the full budget was well within reach, due to a well thought out plan.

New College’s performance improvement plan included creating a much more robust program for workplace and internship connections, improving graduation rates of students who reach second year at New College, expanding the writing program and availability of assistance in writing, and strengthening academic advising. “These efforts will result in a stronger, more competitive New College, and guarantee that our best days as an institution are still to come,” concludes the report New College submitted to the BOG outlining the plan.

In December 2014, the BOG voted that New College had met expectations in reaching their mid-year goals and returned the $540,000. Martin remains optimistic that New College will continue to exceed expectations and is on track to receive the full $1.8 million by the end of the year. “We are heartened by the progress so far, and are pleased that the implementation of the Performance Improvement Plan is months ahead of schedule,” the December performance report read.

However, the end of year evaluation is not the only obstacle in the way of getting more funding returned to the school. In March, the BOG will evaluate the performance of New College compared to other universities, and, according to Martin, “Everyone else is improving as well.” While Martin estimates that New College’s metric score will rise to 35 points, he added that there is the possibility that all other schools will improve their scores just as much. “There’s no guarantee we won’t still be in that bottom three,” Martin said.

There is still some discussion about changing the metrics; when they were initially proposed, many students and faculty felt that the standards could not work for New College. “All schools have different missions,” Martin said. “We’re the only public liberal arts honors college in the state.”

According to Martin there is a possibility that the BOG will include one new metric that will favor New College: cost to the student. “When you calculate that, we rank no. 1,” Martin said.

“Metrics are here to stay for a while,” Martin acknowledged. “But hopefully the BOG will tweak the metrics and make it more appropriate to the type of institution.” In the meantime, New College will be working on meeting the goals set out in its year-long improvement plan. “We look forward to presenting our final report in May,” the December report concluded.