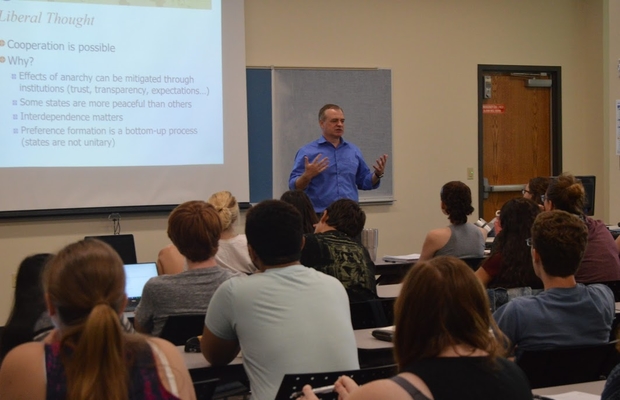 New College Political Science professor Frank Alcock, is hoping for an upset in the heavily Republican Florida race for Senate. Alcock, who has been a professor at NCF for 13 years, has, and will continue to, campaign hard. These efforts have included flipping into a pool on tape and hunting pokemon with constituents. Alcock will also be doing an over 100 mile bike ride to inspire votes. He is running on a stance of “common sense” politics as well as a return to “sanity and civility.” Since winning the democratic primary on Tuesday, Alcock will continue on to compete with Republican Greg Steube for the senatorial seat.

Read the full story in our September 7 issue next Wednesday.