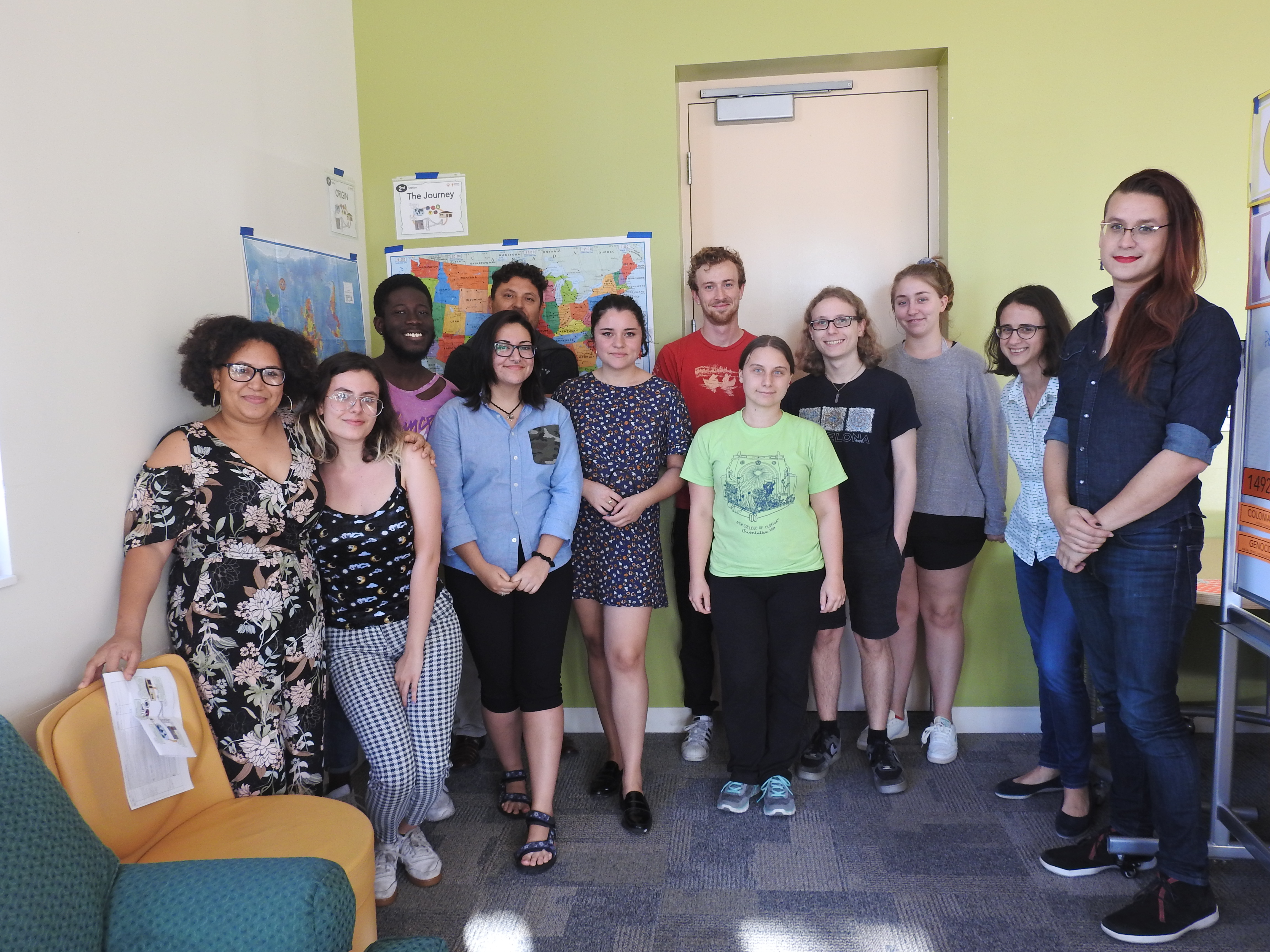 One in five Florida residents is an immigrant, according to the American Immigration Council. Yet, with the highest increase in Immigration and Customs Enforcement (ICE) arrests in 2017, governmental policies have strengthened the crackdown on Floridians without legal documentation. The consequences of deportation or detention include familial separation, emotional trauma, financial hardship and even death, either in ICE custody or due to violence in their home country. Non-profit advocacy groups like the Florida Immigrant Coalition (FLIC) fight for migrants’ rights and address the unique challenges of being an immigrant in Florida. FLIC conducts civic engagement, citizenship assistance and lobbying at the state level to support migrant rights. On Thursday, Feb. 28, as part of the “University without Walls” series, FLIC held a workshop on the Root Causes of Migration in the Academic Center (ACE) Lounge.

Lead Organizer and Membership Director Isabel Sousa-Rodriguez and Tampa Bay Regional Organizer Pamela Gonzalez facilitated the workshop. Both have personal connections to the FLIC cause: Sousa-Rodriguez fled Colombia in 1996 due to political violence and Gonzalez emigrated from the Dominican Republic seeking greater opportunities. Having experienced the struggles which come with being an immigrant in Florida, the two FLIC representatives hope to secure the rights and fair treatment of migrants today and ensure a safer environment for migrants in the future.

“A Florida that treats immigrants better is a state that’s better for everyone,” Sousa-Rodriguez stated.

Professor of Geography and International Studies Ilaria Giglioli invited FLIC to hold the workshop on campus in connection to her Global Migration course.

“They’re doing really interesting and important work on questions of migrant rights in the state of Florida,” Giglioli said. “I wanted students to get to know their work and potentially get involved with them if they’re interested.”

Students and faculty candidly discussed their diverse backgrounds and experiences with migration. Prompted by a “Transnational Passport” provided by FLIC, participants traced their origin stories. Some students recounted their family’s journey to Florida from faraway ancestral homelands, like the Philippines and Peru, while others shared that their family had lived in the Tampa Bay area for generations. Despite differences in origin, attendees respectfully listened to each other and found commonalities in their tales of migration.

Afterwards, the facilitators guided the group to a set of interactive maps. To challenge ideas of eurocentrism and Western hegemony, a world map was hung upside-down. Participants plotted colored dots on their home countries, signifying reasons for migrating. Posters offered common reasons for migration, such as family, political environments, violence, economic and climate change or environmental degradation.

For the final activity, creating comics based on historical events, participants were divided into four groups: colonialism and neocolonialism, imperialism and foreign intervention, slavery and genocide and war, militarization and violence. Students creatively filled the comic panels with brief explanations of key points in history contributing to modern day trends of migration, such as military coups and wars in Latin America and Africa.

At the end of the workshop, students had the opportunity to give the facilitators feedback and reflect on the activities.

“It’s all about removing the borders in our minds,” second-year Adam Johnson said.

As a pressing final note, the facilitators informed attendees about Senate Bill 168: Federal Immigration Enforcement, which would prohibit sanctuary policies and require local law enforcement, including campus police officers, to collaborate with ICE. Despite efforts by FLIC and the American Civil Liberties Union (ACLU) to delay Senate hearings on the anti-immigrant bill, SB 168 has passed the Senate Judiciary Committee on a 4-2 vote. According to the Orlando Sentinel, passing SB 168 is Florida Republican Chairman and Sen. Joe Gruters’ “top priority.” Sousa-Rodriguez and Gonzalez urged students to contact a list of senators to tell them “No On SB 168.”

“Don’t give in to the violence that exists in this country,” Sousa-Rodriguez advised. “You matter, whether or not you have a Social Security Number.”