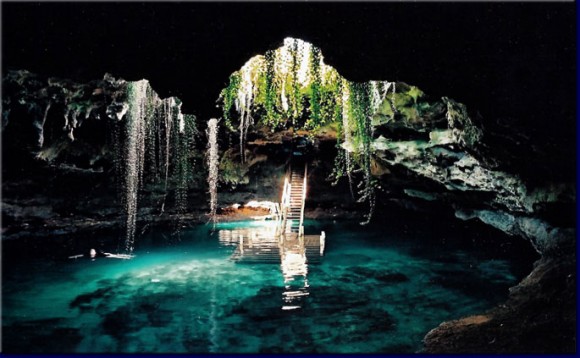 Dive into the mysterious, explore nautical history, discover fossils, swim alongside fish through coral and sea grass, seek out sharks and breathe easy through your tank knowing you paid half the usual cost to be certified for such an adventure. The New College Bull Sharks dive club is down and diving again, with new marine adventures planned and continued low cost certification available.

“This year will be much more groundbreaking,” said thesis student Nicole Whalen, who acted as “safety buddy” for the club last year and will be involved again this time around. “What I would like to do is set up a drip down to the Keys or to Crystal River. Even, depending on interest…a dive trip to the Caymen Islands where the reefs are spectacular,” she said, adding that Crystal River provides the opportunity to swim with manatees.

Diving allows for unique experiences, as one never knows what one may encounter under the sea. Whalen has spotted sea horses, which she says are rare to find. She says divers can also explore  ship wrecks. Thesis student Alberto Fenix, who started the club in 2009, has seen schools of snook and mangrove snappers, corals, and even a shark, an especially rare sight as they tend to avoid divers. He recalled one of his best experiences diving in the Philippines.

But before one dive, one must be certified. Last year, the Bull Sharks focused on providing low cost open-water certification for members. Open-water diving is the first level in a series of recreational diving, and one must complete each level sequentially to move on to the next.

The club will offer certification this year as well, through a local organization named Scuba Quest, a dive center affiliated with the internationally recognized National Association of Underwater Instructors (NAUI). While training costs can start at $500, Fenix was able to get a large discount for Bull Sharks members so that each member will pay $200 for the course. The price covers everything needed for certification and skills training: three to four classes, two confined water dives, and two open-water dives. The cost of renting necessary equipment is also included, though both Fenix and Whalen suggest members purchase their own masks, fins, and snorkels, gear that should be a customized fit. 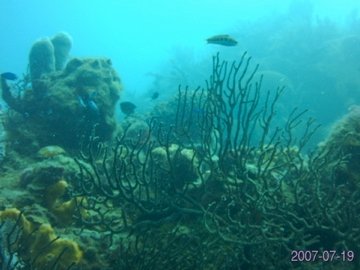 Alberto Fenix was able to dive while in Honduras during a New College summer project.

Fenix plans to have the first training through Scuba Quest this semester. The confined water dives will be held at a pool in Arlington Park. Tentatively, plans are for one open water dive off  Turtle Bay and one off Anna Maria Island. For the latter, members and trainers will go out on a Scuba Quest boat and jump ship for the dive. Fenix is also planning a dive trip this October and during ISP. Potential sites include the Keys, north Florida springs, and regions near the Atlantic.

Once certified, divers can plan trips of their own, though it is advised to always have a dive buddy. Second-year Sarah McKnight, who was certified through the club in the fall of 2009, was able to dive while on a cruise in Mexico. “I saw tons of angel fish and lots of eels,” she said,  noting that had she not been a certified diver she would not have been permitted to partake in the experience.

Chartering a boat for a dive trip usually costs around $100, plus the price of renting equipment. However, Fenix was able to secure a deal with Scuba Quest for New College students, so that after certification, their first two dives will cost $75 each, including the price of renting gear.

The Bull Sharks is not solely for divers, as members who go on trips with the club can partake in snorkeling or skin diving, neither of which require certification. “Snorkeling can be a lot of fun,” Whelan said. “Sometimes it’s more fun than diving for me because it’s less hassle, you can just jump in the water, you don’t have to worry about the gear.”

Skin diving requires no gear whatsoever, only the ability to hold one’s breath.

For those who prefer normal atmospheric pressure, a designated “beach buddy” will coordinate activities such as barbeques and beach games including volleyball  and Frisbee.

For already certified students who have not dived for some time, Whalen, who is a certified Dive Master, said they she would offer refresher courses. And for those who completed their open water certification, the club will arrange for advanced diver certification depending on student  interest.

This year’s first meeting of the Bull Sharks was held on Sept. 21. Those interested in joining who did not attend the meeting can email Fenix at his New College e-mail address.