Over the summer the New College Campus Police hired new police officers. Among those are Jennifer Andreoli, 31, and Kelley Fisher, 27, who are both fresh out of the Fort Myers police academy and are spending their first weeks here learning the lay of the land. In an interview with the Catalyst, Lieutenant Michael Kessie explained the Campus Police’s uncharacteristic decision to hire inexperienced officers.

“There are a lot of preconceived notions about New College and we looked for people who would make a good fit here with the way we deal with students, faculty and staff,” Kessie said. An experienced officer was passed over for the job because both Andreoli and Fisher seemed like a better match for the department and school. “Though normally we hire people with experience, we thought that this was chance we needed to take. Not everybody can walk in here and do this job. It takes a special kind of person.”

Additionally, the department made a conscious decision to interview female applicants. They hoped to fill the void left by the departure of all the Campus Police’s female officers and to accommodate the college’s large female population. 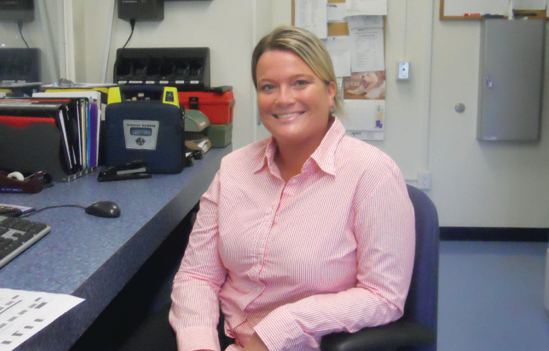 A college town is where Kelley Fisher wanted to be. She grew up in Fredonia, a suburb of Buffalo, N.Y. and a town with a heavy college atmosphere. Later, she went to college at Edinboro University and studied social work with a minor in criminal justice.

“It was a learning experience, but a good time,” Fisher said. “If I could go back I would, I might still go back.”

Many of her family members have worked as law enforcement officers and she hopes to follow in their footsteps. “I’m kind of one of those believers,” Fisher explained. “I think it runs in the family and it’s something that I’ve always taken an interest in.”

Basically all of Fisher’s family is still in New York, “so it’s just me and my lonesome down here,” Fisher said. She has been in Florida for about two and a half years, more than seven months of which was spent in the police academy. However, she is an active softball pitcher and is currently looking for a fast-pitch league. When Fisher isn’t policing New College, she also works with people with disabilities. “I’m kind of a people person,” Fisher said. “I’m really good at talking to everyone, all the time,” she concluded. “…I hope to learn anything that I’m not good at or don’t know too much about. I’m always willing to learn new things.” 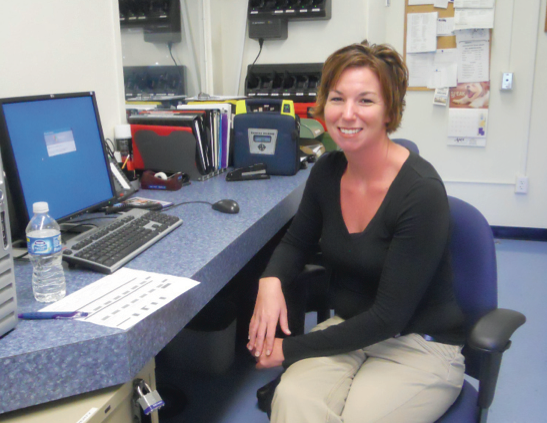 Jennifer Andreoli is originally from Connecticut but has been in Florida for the past three years. She graduated from Manchester Community College with an Associates Degree in Criminal Justice and has spent the last 10 years trying to figure out what to do with it. Her college atmosphere was far from the immersed experience of the average New College student. “I went a few days a week for a couple hours and that was it,” she said.

Andreoli now lives in Punta Gorda with her son, brother and parents. She decided to work at New College because of its close-knit environment and the ability to get to know the students and faculty personally. While here, she hopes to learn a lot about what it takes to be a police officer.

“I’m just going to be a big sponge for a while,” Andreoli concluded “… I’m looking forward to being here and I’m here if anybody needs anything,” When Andreoli isn’t working, she spends her time taking care of her son and going to the beach.