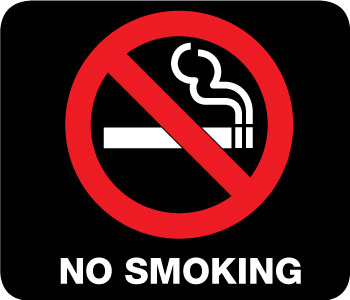 After years of general dissent among the community over whether students should, or should not, be smoking cigarettes on campus, the recently appointed smoking committee has reached a compromise in the form of a map of areas on campus where students can, and cannot, smoke.

“For the past two years, we’ve been meeting to discuss these smoking areas,” Doescher said at the meeting. “We are working on an overall smoking policy for campus. There will be one put in the Housing Contract for next year.”

The committee meets monthly and implemented walks across campus to determine which areas should be smoke-free or smoke-friendly, which Doescher states was the biggest factor in creating this map.

“A handful of students were asked directly to attend these campus walks, but it was also advertised by me at Towne Meetings and in the Cabinet minutes,” Doescher said in an email interview. “Another big factor taken into consideration was the preferences of people who regularly spend time in the academic buildings (professors, staff) in hopes of avoiding places designated smoking spots in areas that would make the smoke enter classrooms or offices.”

The map, however, is still in the works. Students interested in the smoke-free, and smoke-friendly, zones can contact Doescher.

“I’ll talk through the map with anybody who wants to,” Doescher wrote. “But, in order to avoid increased confusion of the process, we don’t want to make the map published until it has been finessed and finalized.”
Sophia Doecher can be reached at sophia.doescher14@ncf.edu via email. A portion of the information for this article was taken from the March 12 Cabinet Meeting minutes.