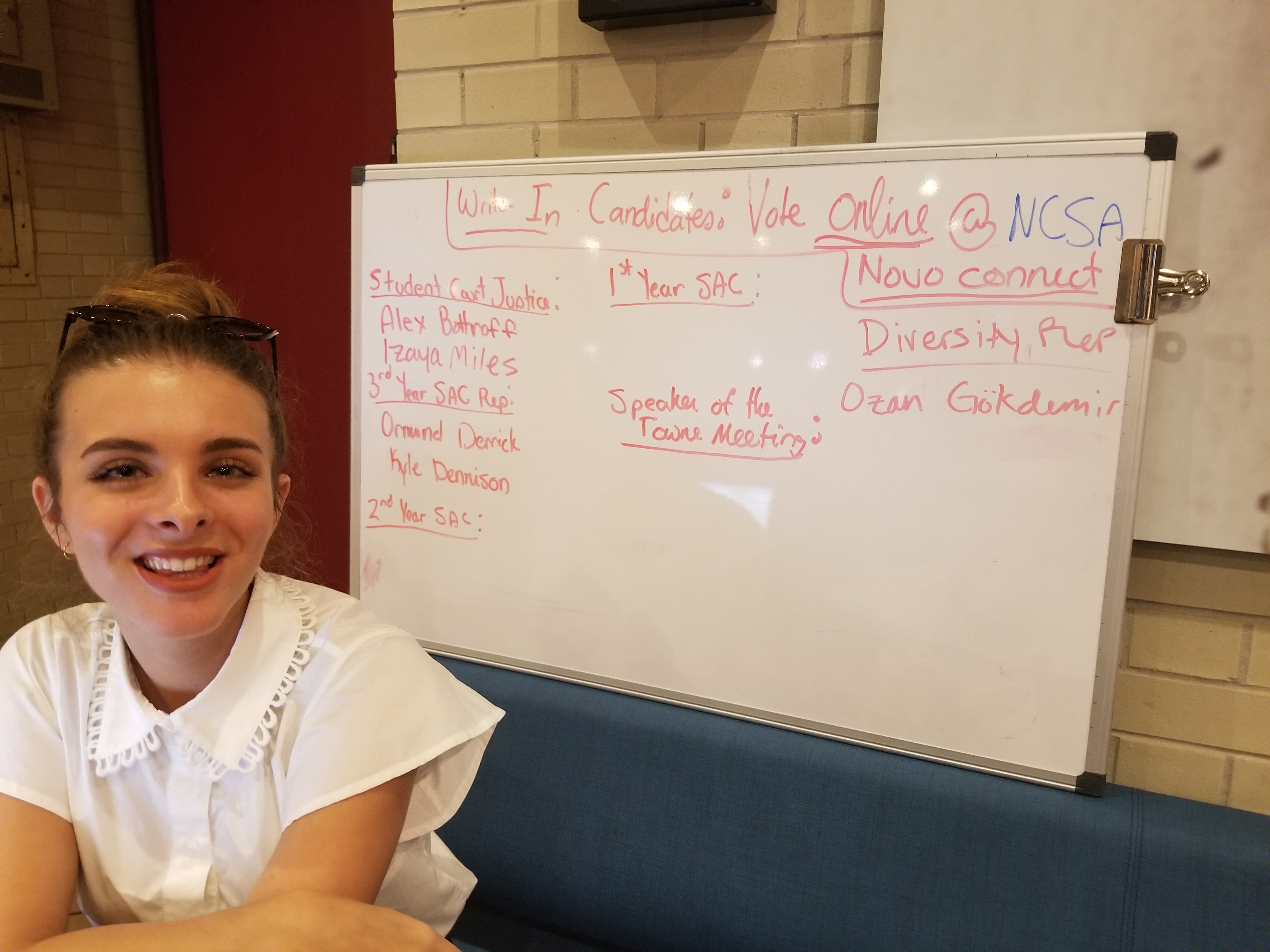 On Thursday Oct. 3, the New College Student Alliance (NCSA) held emergency elections to fill six open positions. This election, held online through NovoConnect, had a turnout of just over 10 percent of the New College student body and included two new positions furthering student representation within the college. The results are in.

The Student Library Advisory Committee (SLAC) representatives are second year Ginelle Swan and thesis student Caito Moore, with 61 votes and 41 votes, respectively. This committee is expected to bring a student perspective to discern student needs within the library.

The Student Allocations Committee (SAC), which determines and provides funding to academic activities and clubs, had three open positions this election. The new first-year SAC representatives are Kaylee Snell and Saloni Labh, with 61 votes and 54 votes, respectively. The thesis year SAC representative is thesis student Kyle Dennison with seven votes.

Catalyst co-Copy Editor, SAC secretary and second-year Izaya Garrett Miles received five votes to be the Speaker of the Towne Meeting, more than other candidates. However, he turned down the position. Supervisor of Elections and third-year Isabella Cibelli du Terroil announced in an email on Oct. 4 that the position will be voted on in the next election.

Typically, NCSA emergency elections are held after the early fall elections. However, this was not the case this year due some shifts in the New College schedule.

“Things are shifted a little later, probably due in part because of the hurricane and also because we had very specific positions to fill,” said Supervisor of Elections and third-year Isabella Cibelli du Terroil.

The new position of SLAC representatives will bring a student perspective to students concerns at the library. Third-year Adam Johnson, who worked with Dean of the Library Brian Doherty to create the SLAC, noted that there had been some frustration among the student body in Fall 2018 when new furniture was unexpectedly brought into the first floor of the library—without student input.

“I don’t think people realize other than coming to me, which a lot of people do, that they can really have an effect on the library and I want that to be a thing,” Johnson said.

So Johnson went to work. He helped create a student committee that frequently meets with Dean Doherty to ensure student voices would be heard. After working with the Great Book of the NCSA to legitimize it, it passed as a permanent committee at a Towne Meeting near the end of the Spring 2019 semester. Made up of Dean Doherty and six students, three elected and three appointed, Johnson has big plans for this semester: besides gaining more consistent student input through surveys, he intends to push for a timeline on when the second floor will be renovated.

“It doesn’t seem like that’s happening anytime soon because money is an issue, [the administration] had to raise money to get this first floor done,” Johnson said. “But if and when that starts that’s what I really, really want this committee for. There are going to be students that are there the whole way throughout, hopefully, that can change it a little bit and try to make it more conforming to students demands.”

In order to run for any of these positions as an official candidate, signature sheets and a signed copy of the candidate’s duties were obtained before the end of the petitioning period, which ran from Sept. 26 to Sept. 30. Also starting on Sept. 26, the campaigning period, ending on Oct. 3, prompted candidates to flood the emails of New College students in hopes of winning their respective election. Finally, on Oct. 3, voting began between 9:00 a.m. to 8:00 p.m.

Votes for this election were cast through NovoConnect, a system accessible view the myNCF portal that is finally starting to become more familiar to upper-years.

“This is the fourth or fifth [election we’ve used it for] so now people are used to the system and there are less and less questions each time,” Cibelli du Terroil said. With over 75 students or just over 10 percent of the New College student body voting, voter turnout was around the level Cibelli du Terroil had expected for an emergency election.

“Typically the largest voter turnout happens during the late spring election when NCSA President is on the ballot,” Cibelli du Terroil said. “Last year when our enrollment was higher we had probably a fourth of the school vote.”