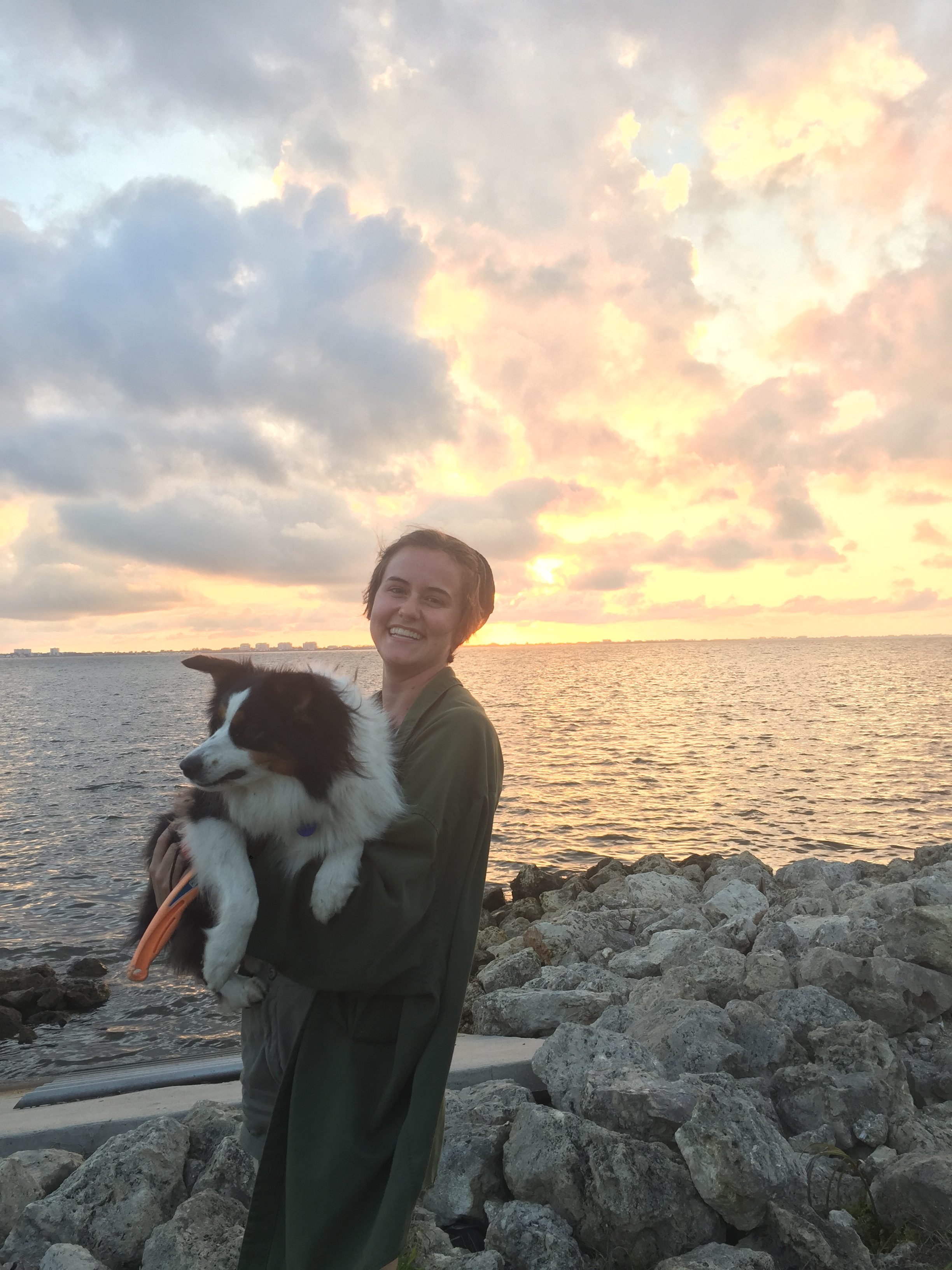 The only thing two-year-old Basil, an Australian Shepherd and acquaintance to thesis student Alba Abrams, loves more than her ball is running full speed after it. She has been playing at the New College Bayfront at sunset almost every day of the week for two years. About a week ago, however, Abrams was approached by the New College Police Department (NCPD) and they asked her to put a leash on her dog.

“It was chill,” Abrams said about the police interaction. “But the thing is, Basil is the kind of dog that doesn’t like to be on a leash because she loves “ball,” and having people throw the ball for her. So putting her on a leash is kind of tough.”

The Catalyst sat down with Sgt. Marc Mayoral of the NCPD to find the impetus for the recent enforcement of long standing rules.

“It’s becoming an issue lately,” Mayoral said. “We have been receiving complaints from students who come up to us and say, ‘Hey, there’s a lot of dogs running around,’ and then we have to go there.”

Residence Hall Director (RHD) and multi-dog owner Adriana Diaz said in an email interview that she has experienced a number of stressful moments walking her dogs on leashes when unleashed dogs run up to them.

“One time, in the agitation of having a small dog running towards me and my dogs, I fell and got tangled up,” Diaz said. “I was okay, and I quickly got up but my dogs could have gotten away from me in that instant. If this were to happen to a student walking their Emotional Support Animal (ESA), the student could get seriously hurt. Moreover, if there is an incident between an ESA and another dog or person, the ESA could be removed from campus, causing considerable distress to the student losing the ESA. The on-leash policy is difficult to enforce with neighborhood residents, since they cannot be contacted or given prior notice, so I avoid taking my dogs to the Bay altogether, unfortunately.” She mentioned that she used to take her dogs to the 17th Street dog park on a daily basis instead.

According to Mayoral, students typically don’t like to disclose specific dogs or dog owners in a complaint, but feel uncomfortable enough to come up to the campus officers in their cars in an unofficial manner.

“We have been trying to show more of a presence down there,” Mayoral said. “For the most part we usually drive by folks and ask them to put a leash on their dog.” He mentioned that the NCPD haven’t had to write up any students for continuously leaving their dogs unleashed.

“They usually comply and are respectful,” Mayoral said. The campus police have received less agreeable behavior from some folks outside the New College community who like going to the Bay with their unleashed dog for sunset.

“Lately, what’s been a problem are some non-affiliates to New College,” Mayoral said. “Some have been trespassed from campus for being argumentative about the leashing rules on the Bayfront.”

Once folks become antagonistic toward the NCPD’s policy, officers have to enforce the rules. Most of the time, the NCPD give warnings to dog owners.

“What is happening is that non-affiliates are coming down here,” Mayoral said, “and they will get away with leaving their dog off the leash a few times, and then it becomes a free for all. They know they can’t go to a city park, so now they are coming to the Bayfront.” The only place where there unleashed dogs are allowed is in fenced-in parks. Many families like taking professional photos at the Bay around sunset too.

“We can’t just let a bunch of dogs run around,” Mayoral said, “because it’s only a matter of time until someone gets bit. We have kids down there too. Families come down to the Bayfront to enjoy the sunset.”

“We got small dogs and we got big dogs running around,” Mayoral said. People say, “Look how small my dog is,” but, according to Mayoral, the police cannot differentiate between dog sizes.

“We have to keep it fair for all dogs,” Mayoral said.”What if your small dog goes up to a big dog on a leash and [it] bites your dog?”

Mayoral mentioned that making the campus police presence known during times of peak dog activity has helped with the problem.

“It’s irritating that when we go down to the Bayfront to get a break from writing our theses and spend time with our friends, we are being watched by police under the auspices of keeping dogs leashed,” Abrams said. “Recently because of this leashing policy, we have been alone at the Bay, Basil and I. It’s sad to see that community get lost in the midst of this recent enforcement.”

Sometimes, when enforcing the rule, folks have accused Mayoral of hating dogs, despite having two dogs himself.

“I am at the Bay often and am familiar with the rest of the regular dogs,” Abrams said. “Never once in my time there have I seen dogs get in a fight or anyone get hurt by a dog. Usually people that bring their dogs to the Bay don’t bring aggressive dogs.”

What’s more, Abrams said that many of the dogs that come to the Bayfront for sunset have known each other and their respective owners for a while.

“Everyone has gotten to know each other,” Abrams said.