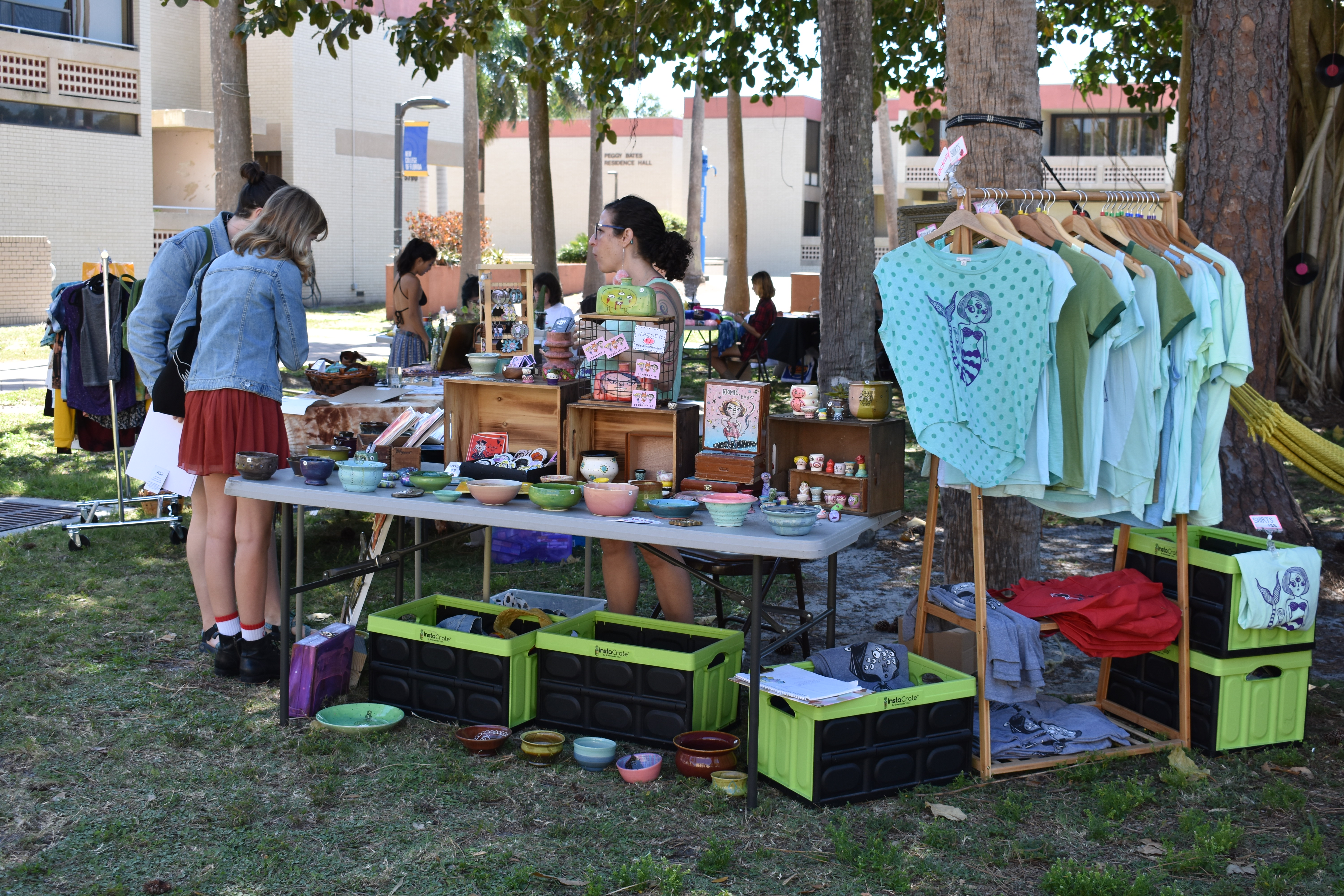 From underneath the banyan tree, melodic jams rang out into the warm afternoon air. Various tables and tents covered the grassy area outside the Nook. Conversation and laughter filled the lively atmosphere as vendors at NCF Zine Fest 2019 displayed their wares. On Saturday, Apr. 28, 2019, the NCF Zine Collective hosted NCF Zine Fest 2019. This event, the second iteration of the DIY Arts Fest the collective facilitated last year, lasted six hours, with vendors, performers and food from NCF and the surrounding community.

NCF Zine Collective was founded by third-year Anya Contreras-García, along with Savannah Hawk (‘15) and Hana Arraya (‘14), last year. As with last year’s festival, NCF Zine Fest 2019 is the final project for a “Zine-Making” tutorial sponsored by Professor of Sociology Mecca Zabriskie.

“[The tutorial] has been meeting every Tuesday and reading feminists texts and writing our own pieces in response,” Zabriskie said. “We’ve been thinking a lot about feminist artists and production and using zines and alternative production methods to talk about one’s experience, healing, building community and more.”

“What excites me the most about NCF Zine Fest is the spontaneous community it creates,” Contreras-García said in an email interview. “This is a great way for growing artists to meet each other and get inspired by each other’s work, and it fosters a sense of collaboration and community.”

Vendors at the 2019 Zine Fest included New College students and Ringling students as well as vendors from Miami and Fort Lauderdale. Many vendors were selling their own creations, from zines, prints and stickers to crocheted clothing items, herbal blends and tinctures and pottery.

Second-year Riley Boehm created her own tabletop roleplaying game zine, which focuses on collaboration and storytelling. “In February, Kickstarter was doing this tabletop roleplaying game zine tag called ‘ZineQuest’ and I was like ‘Oh I can do that’,” said Boehm. “I set out to raise $150 and I ended up raising $1,250. Over bacc week I created it all and will be sending it out soon.”

NCF Zine Collective invited bands to play at the event as well. The lineup included Mustard Service, Floom and Moongazer. Mustard Service performed at last year’s zine fest, as well as at multiple Palm Court Parties (PCPs) in the past.