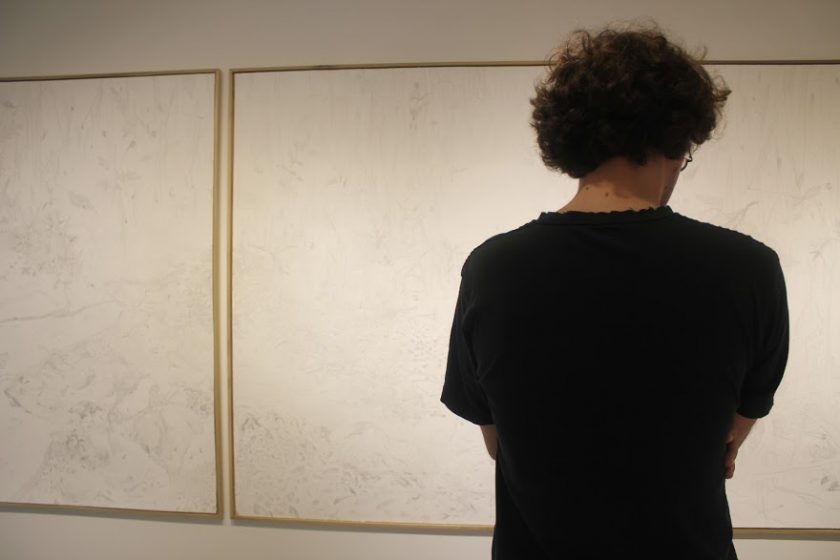 As BACC week begins, New College art students also present the projects they have been working on all year. The pieces ranged from digital installations to large scale paintings. Friends, family and professors attended the opening to show support for the art students. While grazing on finger foods, people moved around the main gallery and private studios admiring the work.

“It was a lot of hard work,” thesis student Sara Sarmiento said. “I had been up for 30 hours before, so I went home and slept for a long time after.”

Sarmiento was one of the students presenting work. She used a public coloring station in her studio.

“I had a coloring station to allow for the audience to feel more comfortable in a space dominated by memories that weren’t theirs,” Sarmiento said. “[This allowed] them to not only relieve anxiety, but to add their own interpretation to imagery that was loaded with cultural significance to me. They’re making it their own ethically, because they have permission from the artist.”

A mixture of people visited the gallery. One being thesis student Bailey Peterson.

“I was proud to see what my friends had accomplished,” Peterson said.

Peterson completed her thesis this year, so she was understanding of how stressful presenting work can be.

“Art can be so personal, so I bet showing that to a lot of people could be nerve wracking,” Peterson added.