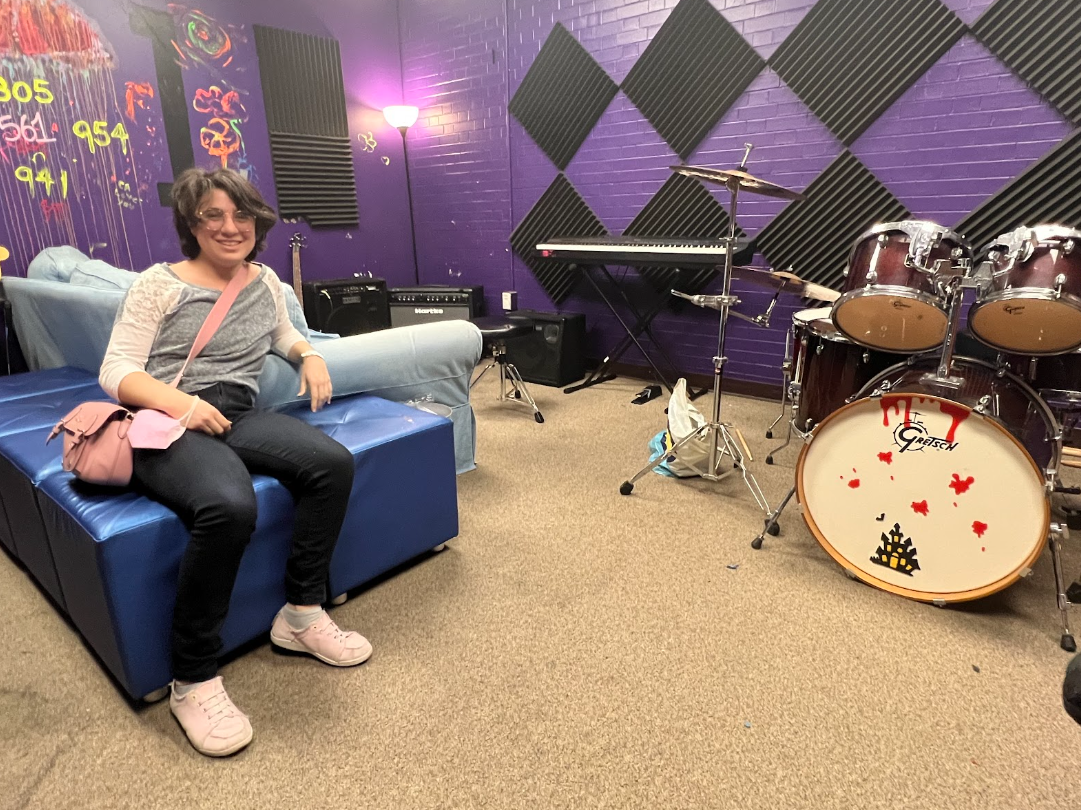 Any student who has ever attended a Wall, participated in a student-run event with live music or who has attended a Senate Meeting with a functioning microphone has two different groups of people to thank: the Equipment Teaching Assistants (EQTAs) and the Band Room TAs. Some of the most essential yet overlooked student employees on campus and concealed behind glass doors inside the Hamilton “Ham” Center, the EQTA Office has been kept functioning by first-year Calypso Camacho and third-year Alexander Sauer, and their neighbors in the Band Room has been reorganized by first-year Cameron Rankin and third-year Ariella Russin. Under their direction, the space’s organization and procedures have recently undergone significant renovations in order to ensure safety of both the students and the equipment. After taking detailed inventory, creating documents and designating consistent placement for wiring, sound and instruments, the four students are getting ready to push their newly created policies forward.

Camacho and Sauer have designated the EQTA Office for students to request times and specific pieces of equipment for use in campus life events, and Rankin and Russin have managed the influx of students wanting to use the Band Room for jam sessions, band practices and smaller music events. According to the new TAs, both spaces were in a horrific shape prior to their renovations. Wires and instruments were broken and irrelevant items had somehow made their way into the closets of each.

“I have eight years of experience in musical equipment,” Rankin commented. “I was horribly disappointed at what I saw; the guitars were broken and the cymbals were destroyed. On top of that, there was equipment in the Band Room that had no purpose to be there.”

According to Rankin, delicate equipment had been stuffed in the closet and the floors were filled with pieces of glass.

“The carpets were filthy and some of the amps didn’t work,” he elaborated. “There was a giant bucket of broken equipment with tangled wires. There was also water damage in the back of the recording closet.”

Both the EQTA Office and Band Room lacked documentation as to how the procedures for the room worked. As they assessed the state of both rooms, they grew concerned that the equipment might not be safe for themselves and students to use.

“I wanted to understand what was expected of the staff that was here previously and what types of systems regarding working this space were in place, but there were no hand-off documents to refer to,” Sauer elaborated. “After talking to the previous TAs to understand the history of the department, it became very clear that we needed to make the room run smoother.”

Russin also felt confused as to how the policies and procedures of the rooms worked. Before she got to work in the Band Room, she said that there was a lack of clarification on how students could use the space.

“Reserving time slots for the room was a mystery,” she recalled. “It was hard to get time in the room when a student would need it, and if the TA wasn’t available to let you in, you would be left stuck. There was no consequence to the Band Room key not being returned. It took me a week and a half to find the key—from someone who had the key for a while.”

Sauer was the first student to take on the role of EQTA for Fall 2022. With 16 years of seasonal work experience doing audio/visual and video directing related work for events such as Anime Expo and Comic Con, seeing the state of the room had them questioning what had happened beforehand.

“When I signed up to help with the Center of the Universe Party (COUP) committee and testing out audio equipment, I came into the room to look at the equipment, and I was horrified at its state,” Sauer stated. “I asked, ‘How did this happen? Why is it like this? Who do I need to talk to in order to fix this?’ It reminded me of a dysfunctional studio that I worked in at the beginning of my career, and I have all the experience to make this better.”

When Sauer identified the issues that the EQTA Office was experiencing, they delved into finding effective ways to improve the space. Over the few days of fall break, Sauer and Rankin worked tirelessly starting at 7 a.m. until extremely late hours at night. They bought a cable tester in order to audit and organize over a hundred cables, checked the speakers and fixed the speaker stands.

The organization of the EQTA Office also fell into Camacho’s hands as she focused on both equipment and information organization.

“I taped and labeled every piece of equipment,” she stated. “I am also currently making an infographic outlining how to successfully and smoothly run a great event!”

Russin also assisted in improving the Band Room by giving both rooms their own separate emails, spending hours taking inventory of its equipment and creating several potential documents which outline policies and procedures that are currently in development.

“Over one of the hurrications, Cameron and I audited all of the equipment, labeled the equipment with blue tape and took inventory on a Google spreadsheet so we know what works and what needs repair,” she explained. “A Google Drive folder was made which compiles several types of forms—like liability forms, assessment forms and orientation documents. We’re waiting to meet with the general council to get these documents approved.”

Rankin had assisted Russin in this tedious process.

“I re-organized all the instruments other than the drum set, cleaned up the recording closet and tagged each instrument with serial numbers,” he added.

All four of the TAs want to provide a smooth and welcoming experience to students who would like to use speakers, wiring or instruments for any purpose. They are currently making unified efforts to create a system that allows students to have secure access to these spaces; not freely, but through a well thought-out series of procedures.

“I made a Google Drive with all of the information around the equipment and Band Room, and Google Forms for students who want to use the equipment,” Russin stated. “We are formalizing a procedure for onboarding students, so we could start fresh with the usage of the space.”

Sauer felt concerned with how the function of both rooms will interact with student life on the New College campus.

“We are reinventing the relationship that these departments have with the student community,” they explained. “If the students are happy, the students perform better academically, and events are a central part of New College culture and health to the campus.”

“We are so hyped to get the sickest events and the coolest parties!” Camacho added.