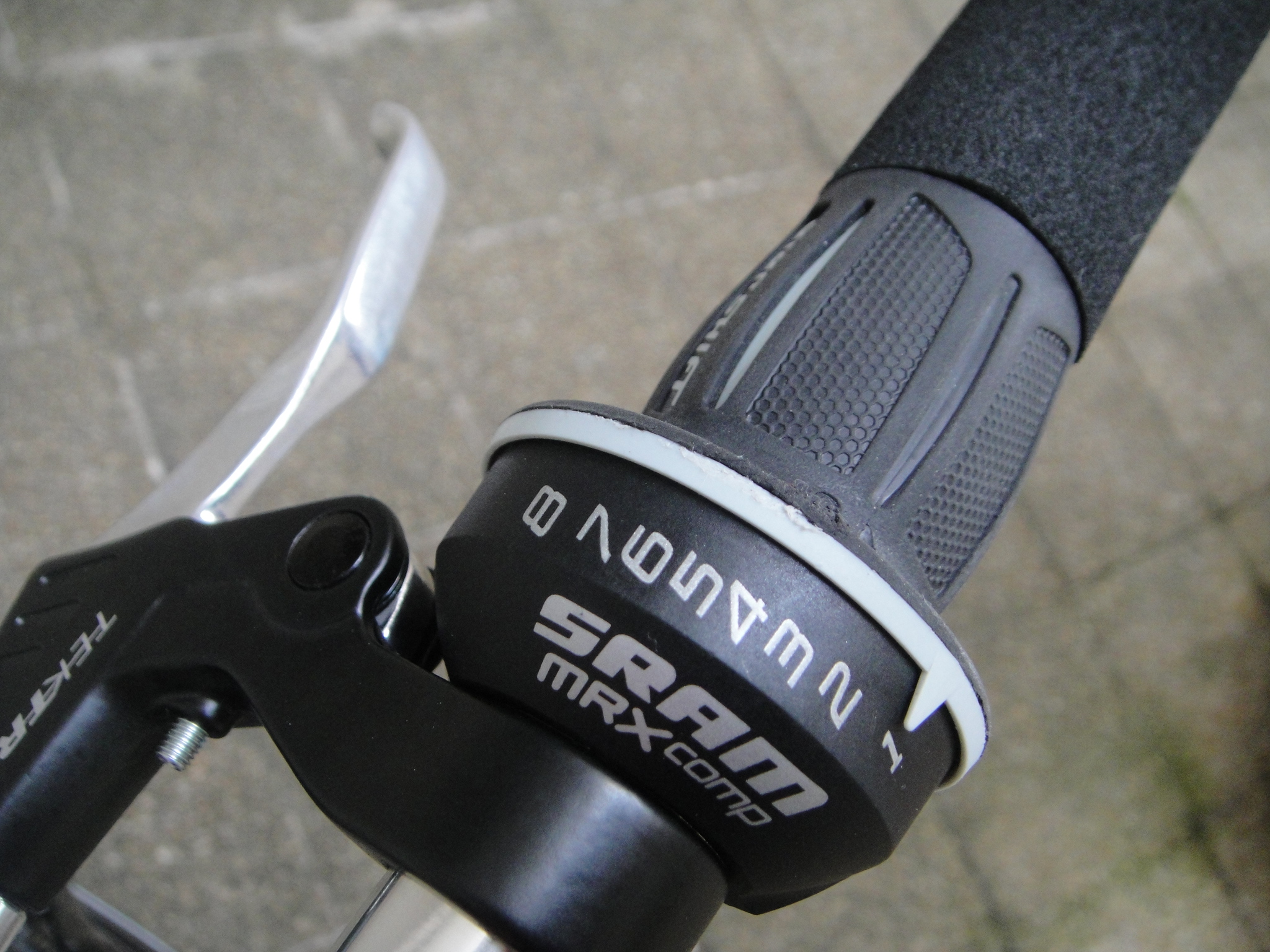 Anyone who has been around bicycles in the last 20 years has likely seen or used a Grip Shift. The shifter is built into a bicycle’s handlebar grip, and twisting it changes the gears. Less obvious is the fact that this innovative and now commonplace design was invented by New College of Florida (NCF) alum Samuel “Sam” Patterson (‘79). The Catalyst spoke with Patterson about his career as an inventor and entrepreneur from his days working on motorcycles in Sarasota to his current and future projects.

Patterson first began exploring his passion for tinkering by rebuilding, modifying and riding vintage motorcycles when he was a student at NCF in the early 1980s. In Sarasota, Patterson formed a relationship with the inventor and scientist Walter Minto, who had worked on the Manhattan Project and invented a number of renewable energy technologies.

“[Minto’s family] lived in this big mansion on Bird Key, you know, off this guy’s inventions, and I just thought that was so romantic that he would be a self-made inventor making his own products in his garage,” Patterson said.

Patterson went on to receive a degree in mechanical engineering from the University of South Carolina and moved to San Diego, California to work for a firm developing fuel injectors for two-stroke engines. On a weekend ski trip, Patterson’s brother introduced him to Stan Day, Patterson’s future business partner.

“We had fun comparing notes on the ski lift and decided to team up to brainstorm a product and try to found a company based on an inventive and innovative product,” Patterson said. “He had an idea for a continuously variable transmission (CVT) for a bicycle controlled by a twist grip like a motorcycle throttle. At the time I knew that everybody at MIT had been working on CVTs forever and nobody had really came up with anything that great [ … ] That was just chasing the pack.”

Patterson had the idea to make shifting gears on a standard bicycle drivetrain easier by creating a shifter that could simply be placed on the handlebars. Patterson’s helical cam design was a marked improvement over the existing “downtube shifters,” awkward levers that required a rider to take a hand off the handlebars and reach down in order to shift.

Initial versions of the Grip Shift were a success. In 1987 Patterson, Day and Day’s brother Scott founded SRAM Corporation to market and sell the Grip Shift design. SRAM, an acronym for Scott, Ray (Stan Day’s middle name) and Sam, now designs and sells a wide array of bicycle components and is the Japanese multinational Shimano’s main competitor.

Over the course of his time at SRAM, Patterson learned that the Day brothers had intentionally manipulated the structure of the company to prevent him from sharing in the profits his designs were generating. After litigation, he was pushed out of the company.

“At the end I had to just dust myself off and start over. It was an interesting little 14-year speed bump,” Patterson said.

According to Patterson, his liberal arts and technical education had left him vulnerable to unscrupulous business practices.

“I did take a course in entrepreneurial economics at New College, and I went to engineering school, but I just was so unprepared to sort through what really are really trivial principles of how taxes are set up, corporate structures, how it really disadvantages certain participants and advantages others,” Patterson said. “I would say that any aspiring entrepreneur, don’t think you’re doing yourself any favors by being a purist and letting other people handle the money. Because for anyone with any technical acumen, understanding what the MBAs do is like a snap of the finger, so trivial you’ll be yawning, but you have to do it.”

Patterson is still designing novel bicycle components. His most recent, the Patterson Transmission, is a crankset that replaces a front derailleur and instead uses an internal planetary gear system to shift. He’s currently refining a different planetary gear shifting system that will be manufactured solely in the United States.