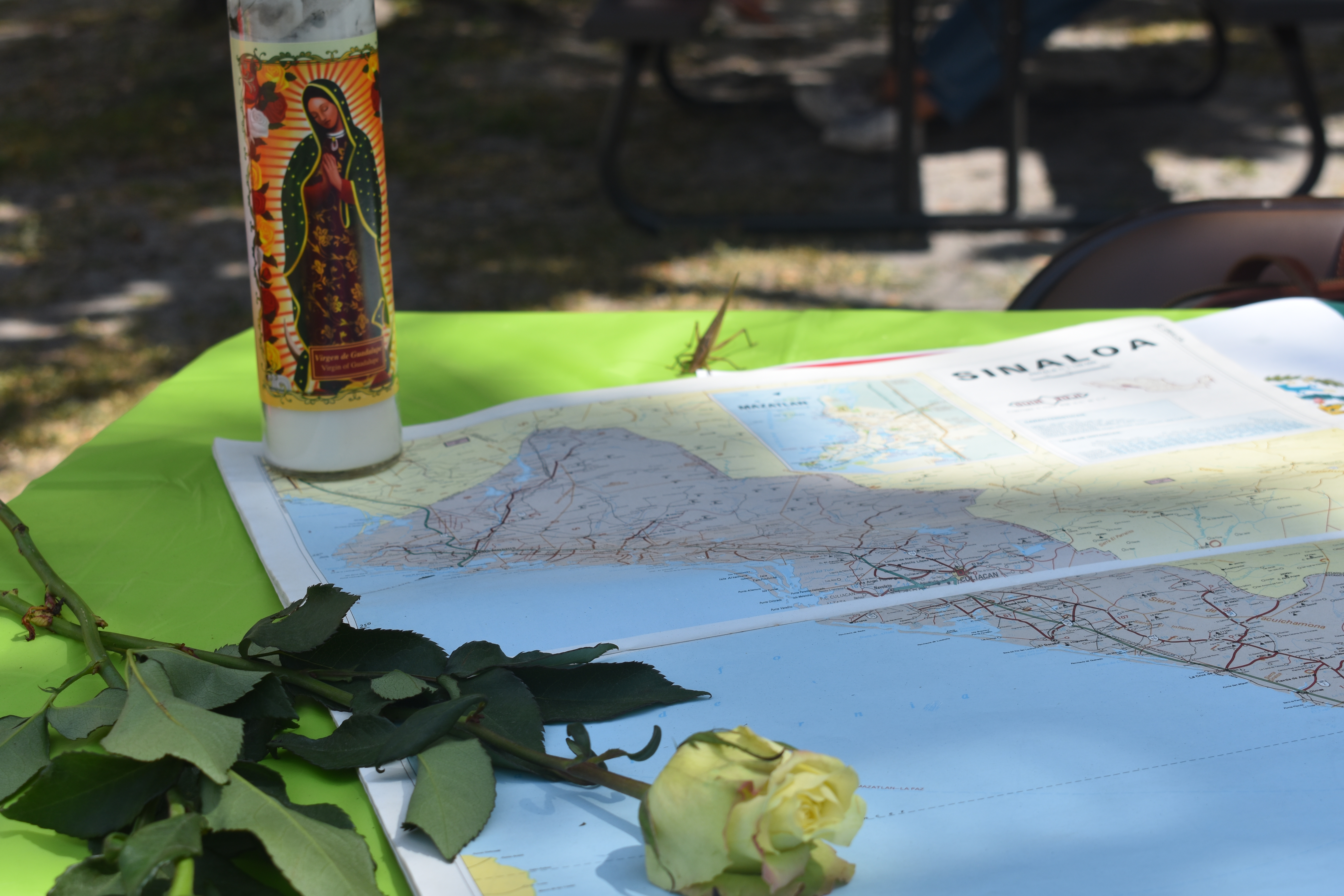 According to the 2018-2019 student demographic statistics, the “Latino or Hispanic” student population is the second largest at New College, representing 20.8 percent of the student body. Those of marginalized identities, however, feel a drastic lack of community among the predominantly white campus. As National Hispanic Heritage Month comes to a close, those impacted share their thoughts on Latinx identity.

Professor of Sociology and Latin American and Carribbean Studies Sarah Hernandez explained within the countries that make up Latin America and areas within each country, there are people who identify themselves with a single distinct culture that aligns with their nationality.

“However, with immigration into the U.S. there is the imposition of another identity—the panethnic identity—upon these groups of people,” Hernandez said. “I would say the folks end up accepting that panethnic label whether they like it or not.”

Historically, the question of Latinx identity in the United States has been something that that community has constantly struggled with. Before 1970, the U.S. Census Bureau categorized immigrants from different Latin American countries as White. The initial option of “Hispanic” as an ethnic category was introduced in the US Census in 1970 to account for identities of different people that did not identify with existing racial identifiers.

“There was a lot of debate for the people coming from Latin America and how their experiences were lumped together, in a way [Latin American immigrants in the US] never thought of themselves,” Hernandez said. “Not only were they being lumped with the colonial power, but Spain represented a colonial power from which [Latin America] fought very hard for independence and fought very hard to find a distinct identity [separate] from Spanish identity, Spanish culture and Spanish social systems, being imposed as a part of the colonial structure.”

“Latino” appeared as an option in the 2000 US Census. This term was meant to include non-Spanish speaking countries in Latin America and sever the connection with the colonial power.

“It was that push from the population, from the bottom up,” Hernandez said. “[Latin American immigrants] were saying, ‘we are going to build our own identity.’”

The meaning of “Latinx”

The term “Latinx” surfaced among the queer community on the internet in 2004. According to Google trends, a noteworthy amount of people searched the term Latinx. It became a widely-used identifier on social media and academia.

Latinx Leadership Club President and second year Diana Quintero defines Latinx as “an umbrella term used in the U.S. to describe communities that come from Latin American descent or countries.”

Quintero explained although the use of “x” was added to be more inclusive, specifically towards non-binary individuals, there are still flaws with the label in terms of visibility.

“In creating a term that gathers elitist Latin Americans with those who face marginalization due to class, race and sexuality it ignores the experiences of those who face everyday hardships,” Quintero said.

Hernandez explained that this contributes to why first-generation immigrants usually see themselves as being immigrants and radiate the identity of their home country over the imposed label which they loosely identify with when they have to check off a box for demographic data.

Third-year Omar Guerrero explained his experience as a first-generation immigrant from the Dominican Republic.

“I think Latinx identity forms when you get here to the United States, but it definitely varies from person to person,” Guerrero said. “In some cases parents moved here to the US and they don’t have to deal with that type of identity issue, they’re just making a life here, but there are different experiences for people which I feel like gets lost in translation as you move further away from the experience of living in that Latin American country.”

Hernandez supported this idea when asked about how being a first-generation immigrant ties into the understanding of Latinx identity.

“I imagine that some of the research is showing the more distant the generations move from that first experience, the more distant they are from the original culture that the parents came from,” Hernandez said. “Part of it depends on how much contact the second, third and fourth generation has with the country of origin.”

According to Hernandez, students coming from Miami, a historically vibrant hub for Latin American immigrants, who come to Sarasota go through a culture shock when they realize there is a different and significantly smaller Latinx community in Sarasota.

In Miami, a majority of the population has some link to Latin America or the Carribbean, which unifies the community through food, music, religious practices and lifestyle.

“All of these things get played out more evidently in that [Miami] context and that’s a way for people to learn to interact with each other and live with each other within those differences,” Hernandez said. “In Sarasota, the Latin population is something closer to 4 to 5 percent. In that context, there is a lot more pressure from a predominantly White population in categorizing these groups of people as the other, the Latinx and that panethnic label.”

“It’s a special experience that I took for granted,” Sanz said. “Growing up in Miami, everybody was a person of color so now that I’m living in a space that is predominantly White it means more to me than it ever has.”

Sanz explained the transition from Miami to Sarasota sparked an understanding and appreciation of her identity. The lack of community ultimately made her feel even more secure in her identity.

“I think it’s important to identify yourself as Latinx because its an identity that hasn’t been spoken about really and a lot of people are made to feel they shouldn’t,” Sanz said.

Students feel there is a lack of understanding and unity among the Latinx community that differs from their experience before attending New College.

“The perceptions of Latinx communities on campus are drastically different than my hometown,” Quintero said. “I grew up in Los Angeles within a heavy Mexican population [and] there was always a sense of community. On campus, the feeling of comunidad can be overshadowed.”

The students are not alone. Some staff agree that there is a problem with understanding and inclusion on campus. Assistant Director at the Center for Career Engagement and Opportunity (CEO) Lissandra Jiminez is conducting a doctoral study at Northeastern University.

“One thing I think about New College specifically [is that] faculty and staff can do a better job of making themselves more in unison with students,” Jimenez said. “Working [to be] more in unison with students can help make students feel more understood and more included and I don’t feel like there is a huge Latinx present on campus because of that.”

Although there is a lack of community for the Latinx population on campus there are some resources available to unify Latinx students. Apoyo is a Latinx support group hosted by Leonor Canavarros, a counselor at the Counseling and Wellness Center. Many events for National Hispanic Heritage month occured. Additionally, the Latinx Leadership Club meets on a weekly basis in the Gender Diversity Center in HAM but is still formalizing their meeting times.

“I’m not saying there aren’t any resources for the Latinx community at New College,” Quintero said. “But in terms of academic support and financial support—especially for undocumented dreamers and even first-generation students—there is a lot that needs to improve.”