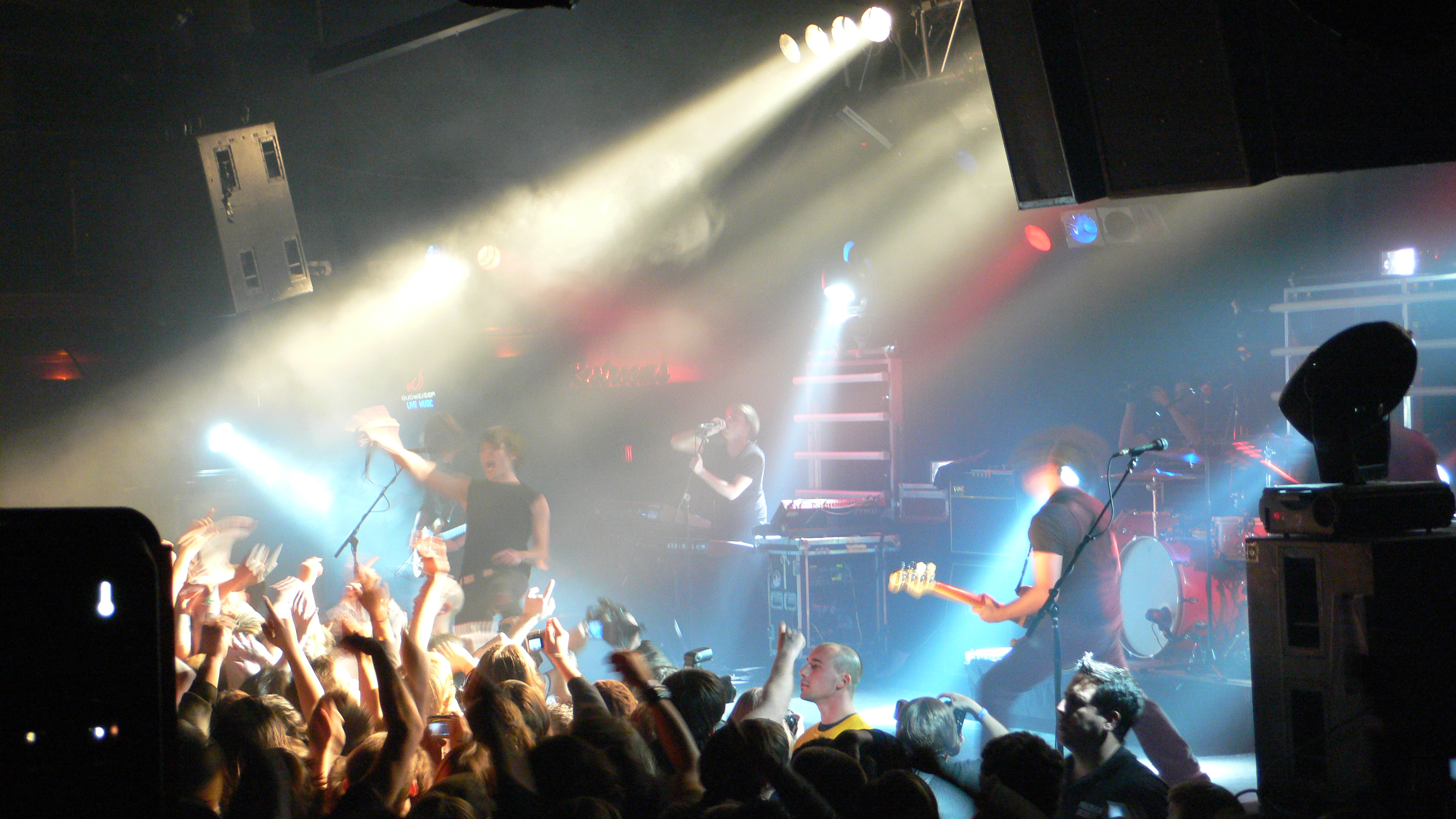 Thursday playing at the Starland Ballroom in 2006 (Creative Commons)

You’ve heard of My Chemical Romance (MCR). Don’t lie to me. If you go to this school, there’s a good chance. They’re pretty much the 2000s “emo” band. But have you heard of Thursday?  Okay, maybe you have. I’m not going to act like they’re this super underground band that plays one show every five years that you can only get into by knowing someone. But they’re not just a band that is less popular than MCR. In fact, there’s a case to be made that MCR wouldn’t exist without them.

Thursday is a “post-hardcore” band that was founded in New Brunswick, New Jersey, in 1998. Their music can best be described as the template for the “2000s emo” sound that dozens of bands that came in their wake would try to copy, with its melodic moroseness and sing-scream vocal dynamic. Their 2001 album Full Collapse is still regarded as a magnum opus that laid the groundwork for the scene.

Their connection to MCR , however, goes way back. Thursday’s vocalist Geoff Rickly produced the band’s first album, I Brought You My Bullets, You Brought Me Your Love, and had a guest feature on one of the album’s songs, “This Is The Best Day Ever.” It makes sense that the two bands would at least know each other, due to the fact that the band’s hometown of Newark, New Jersey is  in the same general area as Thursday’s: they were a part of the same music scene.

A 2015 Vice Interview with Geoff Rickly and MCR frontman, Gerard Way, revealed that the relationship between the bands was more than a passing association.

“I learned a lot from Geoff,” Way said. “He was such a commanding presence on stage, too. There was real dynamic when Thursday played, and it was all about dynamic. I was nowhere near as cool as that. I mean, Thursday is still my favorite live band of all time. Hands down.”

Thursday would go on to help MCR land their first record deal and from there, MCR blew up, going on world tours and selling millions of records. Thursday remained a band whose largest commercial achievement, reaching No. 7 on the U.S. Billboard 200 with their 2003 album War All The Time, pales in comparison to MCR’s multiple platinum certifications and headlining tours.

Such a difference in success begs the question of why it came to be in the first place.  There is an obvious answer. If you look at the visual differences between them, it’s clear that MCR had showmanship and charisma in spades. Thursday looked like they sounded and blended in with the rest of the scene: there was absolutely nothing about their aesthetics or marketing that made them stand out from any other 2000s post-hardcore band. You can laugh at bands like MCR for their on-stage theatrics or for wearing makeup, but besides the fact that none of that is really worth any mockery in itself, it gets results. Acting like you’re too cool to be campy or dramatic doesn’t get you anywhere in an art form where live performance is a large part of the appeal.

Of course, that isn’t to say Thursday was stuck-up or anything. From what they’ve said about it, it generally seems like they were comfortable with being more low-key. And like I’ve hinted before, it’s not like the amount of people that know about them is anywhere close to zero.

It’s also apparent that MCR’s influences are way more diverse than Thursday’s. Thursday draws from mainly early post-hardcore, such as Fugazi, Jawbox, Rites Of Spring, and adds a bit more accessibility and post-punk depression a la Joy Division. MCR is influenced by a variety of bands, that come from a variety of genres. You can see the influence of Siouxsie Sioux in Gerard Way’s dramatic, varying vocals, and the influence of Queen in Ray Toro’s frequent guitar solos. Whereas Thursday is still definitely a post-hardcore band, MCR can have plenty of different labels attached to them, such as goth rock, punk rock, emo, alternative rock, pop-punk, rock-n-roll, and so on and so forth.

But MCR has plenty of punk influence as well, shown most frequently on their first two albums, where the production is rough and there are plenty of two-steps and in-your-face, earnest lyrical delivery. One of the keys to their success was how they managed to blend the honesty and intensity of punk with the grandeur and showmanship of classic rock, as shown on arguably the most well-known song they’ve ever written, “Welcome To The Black Parade.” And although the earlier part of Thursday’s career isn’t exactly filled with bold leaps into new sounds, the later part is. Their final album, No Devolucion, is the most unexpected yet brilliant album you’ve probably never even heard of.