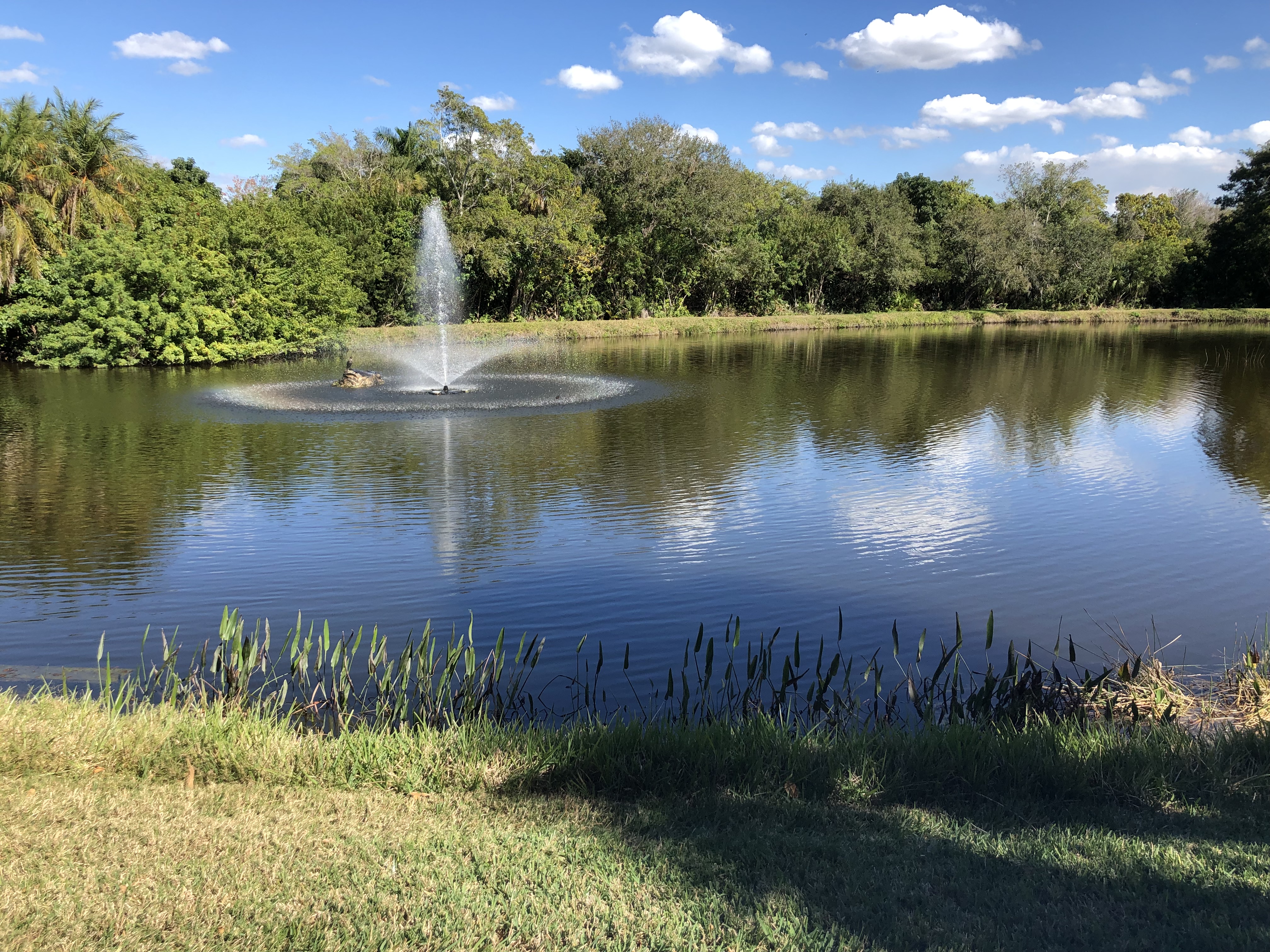 Katrina Carlin/Catalyst The current regulation leads to many problems in the retention ponds.

Rep. Margaret Good filed a bill on Feb. 11 that will alter the Florida landscape: House Bill (HB) 737. Ten months earlier, at the Science and Environment Council Environmental Summit held at New College in April 2018, Sean Patton (’15) presented an idea he calls multimodal biological control, or MBC. MBC is the use of complementary species to eliminate or reduce a target nuisance species. A nuisance species is a plant or animal that’s population has grown unchecked. HB 737 defines MBC as an important tool in the fight against water pollution in the state of Florida.

HB 737 addresses the use of herbicides—often used to control nuisance species—and how they relate to water pollution. Currently, one is required to obtain a “water pollution operation permit” to dump any waste into state water, and otherwise must comply with the terms set out in state statutes. The water pollution operation permits include the use of herbicides in bodies of water to control native plants, algae or invasive exotic plants. HB 737 amends several state statutes to require that herbicide discharge into state water is only allowed if MBC is attempted on the ecosystem first. The bill also defines MBC, calling it “the use of complementary native species to control aquatic plants, algae or invasive exotic plants at the surface, middle and bottom of an aquatic environment.”

This definition for MBC comes from collaboration with Patton, who credits himself with the idea for using MBC in Florida lakes and retention ponds.

“They took the abstract from the project I was working on and put it in the law,” Patton said.

As Patton explained, retention pond legislation does the bare minimum to restore the environment and native plants lost to development. Retention ponds are dug alongside new developments so that there is somewhere for water to go when it rains. They also filter the water.

“Under Florida law, you are only required one littoral area [in retention ponds], which is the area where most plants grow,” Patton said. “It’s important for birds too. They currently only require that you put three plant species in the pond, and only in that one area. They also are only required to put mosquito fish in the pond, which takes care of the mosquitoes. They don’t require any herbivores, filter feeders or detritivores.”

MBC use in these retention ponds will be novel, according to Patton, as most studies only focus on one species for environmental remediation.

The current regulation leads to many problems in the retention ponds. Freshwater algae, which are spread by spores, can travel by air and settle in these ponds. There they don’t have to compete for resources and can feed on nutrients. Chemical treatment typically causes the algae to return chemically resistant and require further treatment. The algae can also drain with storm water into the bay, where they die.

“The cycle of chemicals leads to nutrients in the pond going to the bay,” Patton said. “Red tide takes dying freshwater algae in the bay and uses the nutrients to spread.”

There are other issues created by the lack of biodiversity in the retention ponds. Patton explained that during his work as a wetland/lake manager, he often had to kill uncontrolled native plants, caused by an ecosystem where plants and species are not working coherently to keep the others in check. Employing MBC in these areas can be a vital tool to manage uncontrolled species.

Patton is passionate about using native plants in MBC.

“Florida has the highest rate of endemic species, which are species that are only found in Florida,” Patton said.

Patton currently owns his own business as an environmental consultant, and he has employed MBC in some of his work already, including at The Landings, a private gated community in Sarasota. Patton also recently received his first grant for the project from the Charlotte Harbor National Estuary Program. His MBC technique employs these endemic species.

“The flagfish, or Jordanella floridae, is the ‘flagfish’ of the project,” Patton said. “It can be used to treat native plants, because it eats duckweed and algae. And it’s red and blue with a star!”

Patton also explained his approach to the project.

John Ryan, environmental supervisor at Sarasota County Government, is one of the people who supported Patton’s MBC project.

“He told Margaret Good about me, along with like 15 other people, especially because I was Wesley Beggs’ environmental coordinator,” Patton explained. “Good contacted me about getting involved in this bill.”

When asked why she chose The Landings to announce this bill, Good explained that there were homeowner associations all over Florida that have begun to employ MBC to deal with invasive species and water management, including The Landings, thanks to Patton’s efforts.

“I think this is the perfect place to talk about our bill and how important it is to reduce the use of herbicides in water quality management,” Good said.

This project by Patton and Good is the type of policy that fulfills one of the goals laid out in the Green New Deal resolution by Rep. Alexandria Ocasio-Cortez. Section 2, subsection K of the resolution states that a goal of the project is “restoring and protecting threatened, endangered and fragile ecosystems through locally appropriate and science-based projects that enhance biodiversity and support climate resiliency.”

In addition to meeting this goal, Good and Patton both believe that MBC could be used to both reduce costs in the long term and create jobs. This bill, if passed and carried out using a science-based framework, has an excellent chance of doing just that.

“This is certainly a relatively new industry,” Good said. “This is a natural process. Managing invasive species with native plants is what our ecosystems should be doing. There is an opportunity here to create jobs and create a cleaner, greener economy.”

Information for this article was gathered from www.myfloridahouse.gov and www.leg.state.fl.us.