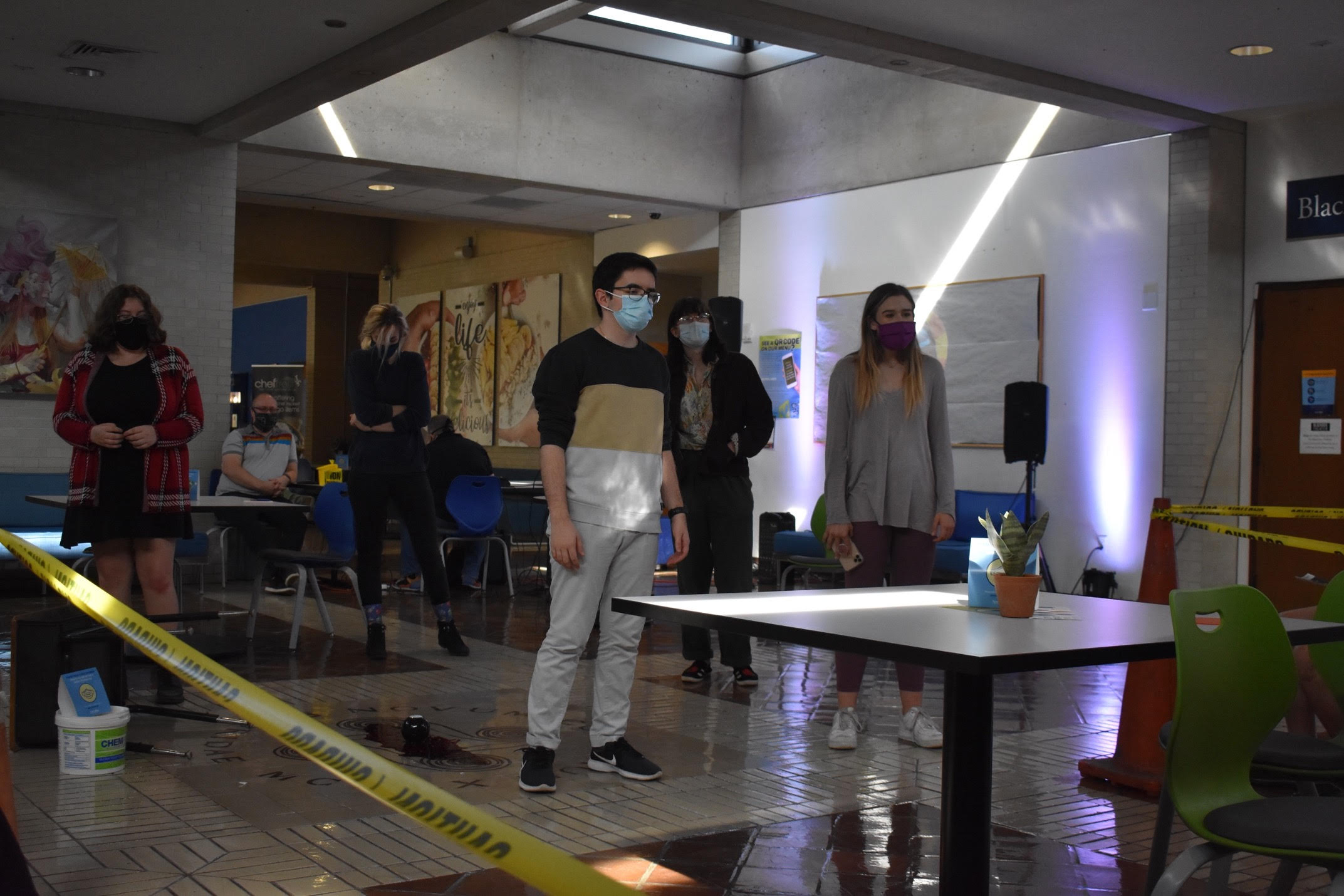 Due to the pandemic, the world has been forced to change in many ways, including losing the ability to gather for a live theatrical performance. Alas, the show must go on. As many other industries have, theater had to undergo change in the past year. No more sold out shows and packed audiences, at least for some time. How can live theater be presented in a way that does not put people in danger during these times? Thankfully, Professor of Theater and Performance Studies Diego Villada and the SUS creative ensemble have provided an answer in the form of multimedia production: a hybrid of a web series and live theater.

“Theater is traditionally live,” Villada said. “The actors are usually in the same space as the audience, which makes for a unique experience every night, because the audience is different every night. So, the goal with the show was to get that audience engagement in the online space, leading up to the live performance.”

The first eight episodes of SUS premiered virtually on a website created by the cast members. These eight episodes all lead up to the finale, a live performance that was also recorded and put online. In “SUS: a Multimodal Theatre Experience,” a group of colorful and lively students attempt to make their ISP about the video game “Among Us.” The show follows the group of students as their ISP plans start to go awry for a variety of reasons.

According to Villada, the process of creating the show was quick and spontaneous.

“I didn’t know what exactly the show was going to be before January 4,” Villada admitted. “It started with spit-balling and brainstorming until we had an idea we were interested in pursuing.”

Once the idea was there, it was time to get to work. Under the time crunch of the ISP period, Villada and his students wrote, filmed and edited the eight virtual episodes, as well as organized rehearsals for the live show.

Dr. Villada wanted to make it clear that everyone that worked on the production had an equal hand in the creation of the final product.

“I wouldn’t call myself or anyone the director,” Villada said, “We are a creative ensemble, and everyone in the room had a hand in everything, from writing to directing.” This approach to creation was well received by the cast.

“Working in a creative ensemble was exciting,” Benjamin Casey, who played Chakra Sean in the show, recalled. “Ideas came so quickly because we were all brainstorming together. Then the execution was easier because we all worked on pieces together and all offered suggestions and critiques.”

In addition to being able to divide the tasks involved in creating the production, this unique approach also allowed the cast to get closer with one another.

“I got to know people more, find out what they’re good at, and create art with them,” Casey said. “It was a great experience.”

This experience and all its hard work would lead up to the weekend of Feb. 12, when they performed three live shows. The live show started with a video showing the eighth episode of the series, then the actors stepped out into the lobby of the Hamilton Center and performed the final episode. The audience was invited to participate at the end of the show and vote for the character they thought to be the Imposter.

“I was on the edge of my seat for most of the show,” first-year Ewan Ford declared. “It was very entertaining. I enjoyed feeling like I was a part of the production.”

The end result of the ISP’s hard work was a fun show that allowed students to feel the excitement of live theater without the fear of getting sick.

“With the show, it was important to me to offer my students a chance to keep trying new things and to keep creating,” Villada said.

The entirety of SUS: A Multimodal Theatre experience can be found at https://www.susncfshow.com/.